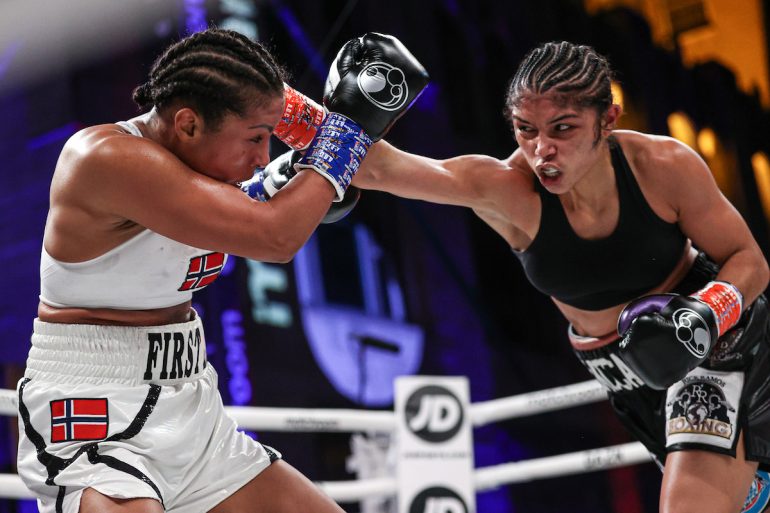 It’s been a year like no other, one in which the COVID-19 pandemic, the murder of George Floyd and its subsequent protests for social justice, severe weather across the globe and a heated race for the presidency of the United States have dominated headlines.

But when the dust settles on 2020 and hopefully leads to a 2021 with some normalcy, it’s not an exaggeration to describe the year as the most important one ever seen in women’s boxing.

In the month of August alone, three consecutive weeks saw the sweeter science take the headlines and bring in fans who have never paid much attention to the sport. That’s a testament to the Matchroom team that finally put their muscle behind fights like Terri Harper-Natasha Jonas, Jessica McCaskill-Cecilia Braekhus and Katie Taylor-Delfine Persoon 2, but more importantly to the fighters who stepped up and put it all on the line for glory, pride and fans watching around the world.

It wasn’t always this way. Some just wanted to fight. Christy Martin, who, along with Lucia Rijker and Barbara Buttrick, will be in the first class of women inducted into the International Boxing Hall of Fame in 2021, was one of them. 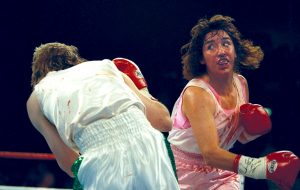 Christy Martin (right) lands a blow on Deidre Gogarty during a bout in Las Vegas, Nevada. Martin won the fight with a decision in the sixth round. Mandatory Credit: Al Bello /Allsport

She was. She succeeded. And with a perfect storm of Martin’s hellacious fighting style, Don King’s placement of her on high-profile pay-per-view cards and a Sports Illustrated cover, the sport had its first real star, and there was attention being paid to women in boxing like never before. Fighters like Rijker, Jill Matthews, Bridget Riley, Sumya Anani and Jane Couch got plenty of ink, even if they weren’t getting purses commensurate to what men were being paid, but they were getting attention and respect and the potential was there for bigger and better days ahead.

Until there wasn’t. The big fights didn’t get made. Women who got the biggest cheers on a fight night expected to get paid the biggest purses, but promoters weren’t on board, so they wouldn’t fight. When fights did get televised, mismatches turned fans off.

It was a perfect storm once again. Yet this one was the kind that tears roofs off houses and leaves devastation in its wake. And women’s boxing didn’t recover for a long time. Sure, there were bursts of energy when Laila Ali and Ann Wolfe took over the sport, but they never fought, leaving a sour taste in the mouth of fans who wanted to see the SuperFight.

Thankfully, women’s boxing being brought into the Olympics in 2012 started to change the game. Boxers who emerged from the London Games included Katie Taylor, Nicola Adams, Marlen Esparza and a young lady from Flint, Michigan named Claressa Shields. Shields would win gold for the U.S. in 2012 and 2016, and when she turned pro with a win over future world champion Franchon Crews-Dezurn in November 2016, everyone was watching. A week later, Ireland’s Taylor made her debut with a similar impact.

Suddenly, the sport had seasoned amateurs bringing technique and style into the ring to go along with the grit expected from pro prizefighters. It didn’t hurt that fighters like Shields and Taylor had captivating backstories that mainstream media latched on to.

Soon, Taylor’s fights were being televised everywhere. Shields and Showtime linked up, and HBO got into the ladies’ game just before it closed up shop by featuring undisputed welterweight champion Cecilia Braekhus in 2018.

The storm was brewing again, and it got perfect this summer as hurricane season raged.

Rising British star Harper faced 2012 Olympian Jonas in a pitched 10-round battle for the WBC and IBO super middleweight titles on August 7. A draw verdict was rendered by the judges, and it was the rare fight where you could argue that it was the fairest decision. 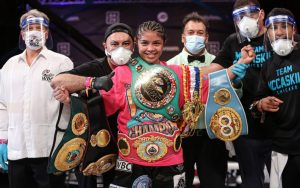 Jessica McCaskill displays the many belts she won by dethroning Cecilia Braekhus on Aug. 15, 2020.

Eight days later, Chicago’s McCaskill shook up the boxing world by taking all of Braekhus’ belts and handing the pioneer from Norway her first loss in 37 pro fights. Again, it was tooth and nail the entire way, making it the perfect candidate for a rematch.

In the final installment of the summer trio of SuperFights, Taylor repeated her June 2019 win over Persoon in another women’s bout that will garner 2020 Fight of the Year consideration.

Some would say (and they would be right), that in the COVID-19 boxing world, the ladies have stepped up for the biggest fights and they’ve delivered the best action of the year thus far.

Add in the launch of The Ring’s women’s pound-for-pound and divisional rankings, and momentum is clearly on the side of a sport that has sorely needed some. And it doesn’t look like it will be slowing down anytime soon.

Harper-Jonas 2 is a natural for the end of the year. McCaskill, now the top fighter at 140 and 147 pounds, is in control of the chess board, with the possibility of a rematch with Braekhus should the 38-year-old continue to fight or a rematch with Taylor, who beat “CasKilla” in 2017, all possibilities. No one would scoff at a third Taylor-Persoon meeting, either.

And that’s just the possibilities for the ladies who stepped between the ropes in August. 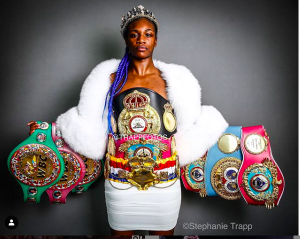 Shields, who reigns atop The Ring’s pound-for-pound rankings, has already garnered multiple titles in three weight classes over the course of just 10 pro fights, leaving the impression that she’s cleaned out all viable competition. But there’s England’s Savannah Marshall, the only woman to beat Shields as an amateur or pro. Marshall’s promoter, Eddie Hearn, seems to be in favor of the matchup, and it certainly packs a punch in terms of intrigue.

Then there’s Mikaela Mayer, the first lady of Top Rank Boxing, who is unbeaten and closing in on her first world title fight against Ewa Brodnicka while still keeping up a healthy social media rivalry going with Harper.

But it’s more than marketability and social media savvy that has brought women’s boxing to the forefront in 2020. It’s the willingness of top-level fighters to risk it all in order to fight worthy opposition. If the best fight the best, fans care and promoters will put the bouts on platforms that will grow the sport.

That’s what was missing in the eras following the emergence of Christy Martin in the mid-90s. And some of those problems prevalent then still remain.

First, the purses women get not only pale in comparison to the men, but some are downright insulting. And no, the “well, they only fight two-minute rounds” talk doesn’t make sense. Even the women signed to good deals don’t get paid what they’re worth. They’re good deals, not great ones, not the type of deals given to male fighters who may get 20 gimmes on their record before stepping in with someone who has a shot of winning. 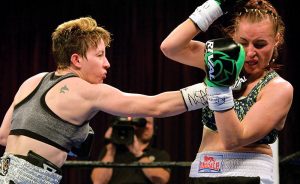 And what about fighters like Layla McCarter and Amanda Serrano? Both are widely considered to be among the best of this era, but McCarter can’t get a fight and Serrano can’t get the right fight. Is it a financial thing or is it a case where no one wants to step up and fight them? Whatever it is, two of the best in the game are not fighting in major bouts, and that’s a problem.

But enough downers on a bright day for the sport. Thankfully, Hearn stepped up with plenty of support for women’s boxing, Top Rank is pushing Mayer, Golden Boy has some top-level ladies on their roster, and Lou DiBella has always been an advocate for the sport.

Hopefully, when boxing either returns to normal or gets adjusted to the “new normal,” what happened this month will carry on through next year and beyond. Only this time, let’s hope that no one drops the ball and puts women’s boxing back in the dark ages. These ladies have fought too hard to turn back now.