Vets of fight game rolling with punches, as Truax out, Hernandez in, and Angulo stays put 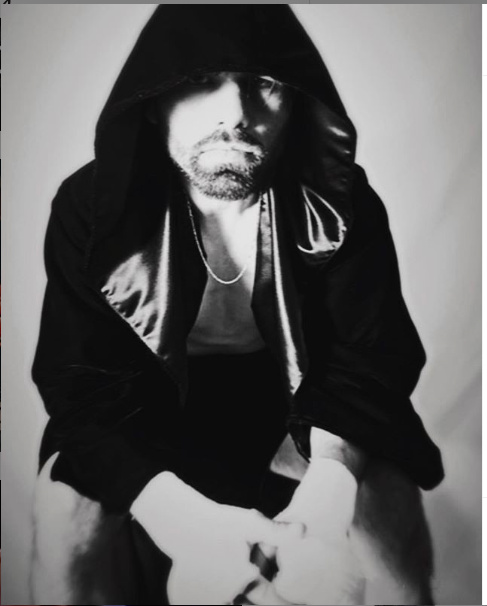 Fighters arguably have to be more ready to adapt, to a new foe, to taking a fight on short notice, during this super strange period. Trainer Sanchez says Angulo will handle the late drama with aplomb.
28
Aug
by Michael Woods

You know what it stands for?

It stands for “situationa normal, all effed up.”

Depending on who you ask, the “f” actually stands for “fouled,” not the “f” word you probably were thinking of. The acronym probably originated in the US Army, and, in fact, one or two people reading this MIGHT be old enough to recall the cartoon soldier named “Private Snafu.” 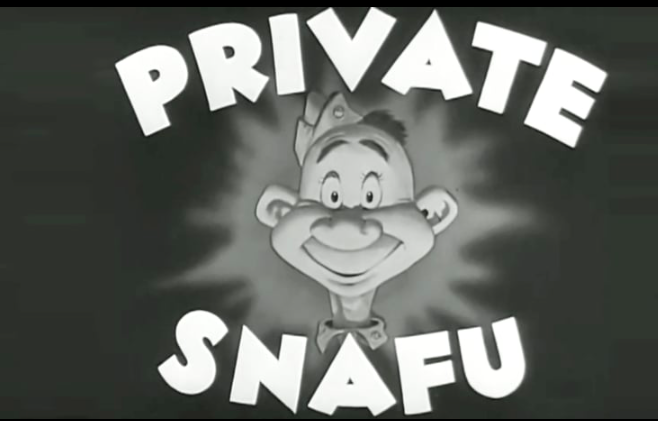 He was the goofball numbskull dreamed up by the Army’s PR people to help deliver the message to troops not to screw up. Lil films were made, they’d be showing Pvt. Snafu over-drinking in a bar, while on leave, and blabbing secrets to foreign agents.

Great word, interesting birth back story…and completely applicable to being in boxing during this pandemic period.

On Friday, we learned that the chief support bout on the PBC/Fox card unfolding Saturday (Aug. 29) in LA would take place, but without Caleb Truax. The ex 168 pound champ fell prey to dehydration, a PBC release informed us, so one Vladmir Hernandez will step in to the ring to face Alfredo Angulo.

By now, such a late-inning switcheroo shouldn’t cause much jaw dropping. We won’t go as far as to say such a changeup is now “normal,” but almost any card that is put together features some sort of drama, along these lines.

Ah, but the show must go on, right? Pretty quickly after cards started coming back to fruition, matchmakers realized that they would be wise to book an extra fight or two, to insure that if one or two falls out, there would still be enough content to provide a show of respectable length.

Tom Brown (pictured below) is the promoter of record for the PBC bouts in Cali, on a program topped by an Erislandy Lara vs Greg Vendetti junior middleweight battle. 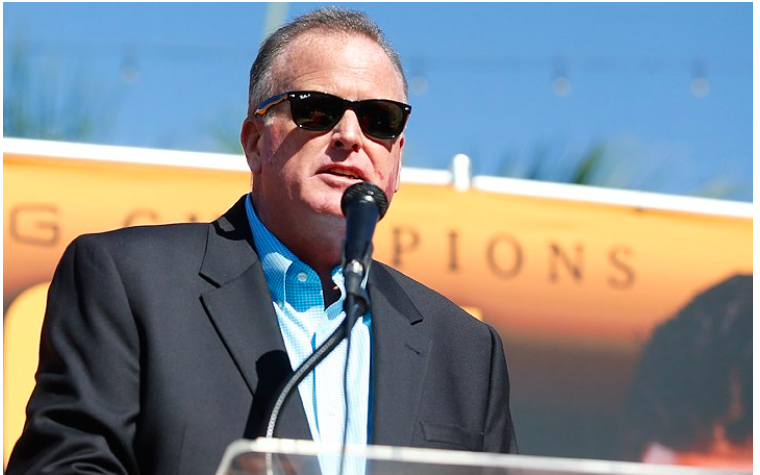 And he’s taken part in plenty of rodeos and has the psychic scars to prove it. Brown can share an almost infinite number of stories of how things can go off the rails heading in to a fight night….so he’s armed with a goodly number of fixes to patch up a scratch. In this case, it meant that PBC had someone on stand-by in case something happened to the main event. (That’s not unheard of in the game, just more pronounced a practice since cards starting getting put together after peak COVID.)

“We wish Caleb the best and hope to see him back in the ring soon, but it is fortunate that we have backups in place because of COVID-19,” said Brown, President of TGB Promotions, in the release which went out on Friday afternoon. “Under normal circumstances you wouldn’t have a backup on standby. But because of COVID-19, we have someone who has been training, has been tested and is in the bubble and ready to go.”

THIS snafu played out sort of strangely, partly because Truax posted to social media a message explaining that he would not be fighting Angulo. 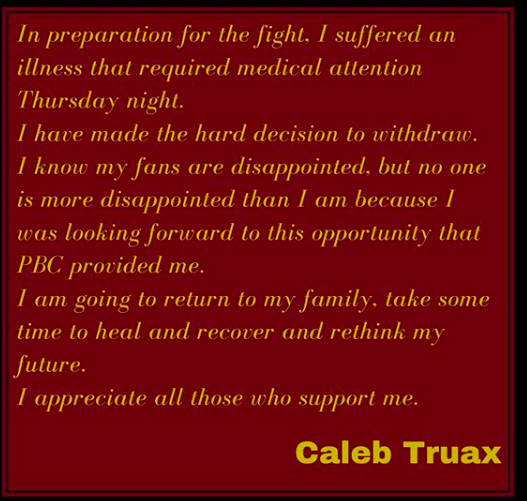 You would not have been off base if your first assumption reading it was that Truax tested COVID positive. “An illness that required medical attention,” sounds scary, sounds like COVID, maybe, right? Nope; send out that response memo, COVID didn’t mess with Angulo-Truax.

Truax told the Minnesota Star Tribune that it had not been easy adjusting to “Bubble” life this week.

“We can’t go to an actual gym,” Truax told Patrick Reusse Thursday. “We can’t take a run outside. We have to stay in the hotel, which is just down the block from the arena. They set up this ballroom with a boxing bag that’s a piece of junk and a couple of treadmills, and each fighter has been getting around an hour a day in there. I’ve never been in a situation like this the last week before a fight, but with the pandemic … we’re just fortunate boxing has taken such precautions and we have an opportunity to be back in the ring.’’

So, Alfredo Angulo, the 38 year old boxer born in Mexico, owning a 26-7 mark, will still look to show he’s not so far past his peak in a super middleweight scrap. But not versus Truax, the 36 year old Minnesota pugilist with a 31-4-2 record. Instead, 31 year old Mexican Vladimir Hernandez will get the gig. You might know of him, if you tuned in Nov. 24, 2018, when Israil Madrimov made a solid pro debut, taking out Hernandez in round six. In June of 2019, Hernandez took another L, this time against 8-0 Souleymane Cissokho. But Vlad bounced back with a win on July 11, when he won a split decision against 16-2-1 Aaron Coley.

Brown and company deserve credit for going above and beyond, having Hernandez in this “bubble,” ready to fill in. Thomas LaManna could have subbed in if either Lara or Vendetti saw fate tap on their shoulders and demand a change in plans, but the Cuban technician and the Massachusetts fighter looking for a susbtantial upset both made weight and should be good to go.

The Truax situation brought to mind what event planners dealt with on August 14, when David Benavidez stepped on the scale and was almost three pounds over the 168 pound cap for his fight against Alexis (no relation) Angulo the next evening. Showtime kept that main event in place, but Benavidez lost his WBC 168 pound strap on the scale. After the weigh in, Benavidez said that the bubble atmosphere, in Connecticut, threw him off. No sauna, use of gym just an hour a day, that messed up his regimen.

During “normal” times, the making of the weight is a special brand of torture which sets combat sports participants from “lesser” spheres of sport. Football, rough and tumble sport, but those guys don’t have to eat, like, nothing for three days before they do their jousting. We’d maybe think, by now, vets especially would comprehend that if they sign on for a bubble fight, the making of the weight could well be affected by the new norms. But it’s pretty easy to look in, from way outside, and do the scold-finger routine. It reads to me like maybe Truax didn’t REALLY get it, and understand how much his fight week protocol would be upended.

Angulo’s trainer is Abel Sanchez, and he too has done every rodeo circuit, twice. I messaged Abel on Friday, to ask him how he feels about this “snafu switch.” 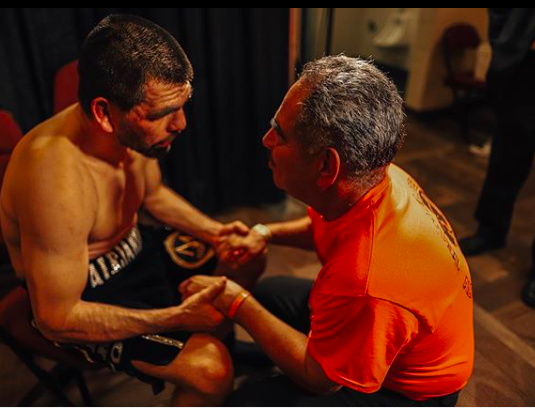 Sanchez says that Angulo has picked up his system and should be able to handle Hernandez after prepping for Truax.

“In his last fight, Vladimir Hernandez beat a young prospect with a decent record,” Sanchez said, “but at this point we really weren’t given much of a choice.” He’d told me he thought Angulo vs. Truax felt like a 50-50 fight, on paper. “Angulo and Truax are not the dancing type, they come to fight, so it should be entertaining,” the tutor said, before the ax fell on the Truax portion of the 168 eliminator.

We discussed what it might mean on fight night to be 38. When a guy is Angulo’s age, doesn’t the trainer REALLY need to see how he looks early? Because any fighter in theory can have an “off” night. But the possibility of a grayer bearded battler having a good camp but entering the ring “off” isn’t a rarity. It’s fair, isn’t it, to say the danger of having an “off night” is a bit more pronounced with a person at age 38?

“True, but Angulo always has been a slow starter, his best part generally is the second half,” Sanchez said. “I just don’t want to get to far behind early.” You can see in bits from Fredo’s last bout, below, against Peter Quillin, his hand speed isn’t peak Perro, but his grit is.

During a Wednesday call for media, Angulo sounded optinistic when he said, “Abel Sanchez really has a fountain of youth. I feel rejuvenated and I think the clock has been turned back. My only focus is on working hard and giving the fans a great fight.”

That was before he was told he’d be fighting a 31 year old born in Mexico, potentially someone with more momentum and a deeper reservoir of stamina than his expected rival.

“He has been extremely motivated and has put in the work, he has caught on to the system,” said Sanchez, “so we will see if there truth to his belief, the existence of the fountain!”

It was time to post this story, I wanted to soon hit the sack. The pandemic period has played hell on my sleep cycle. Prone to being a night owl anyway, the (lack of) structure of these last five months have deepened that inclination and I’m trying to counter-punch the urge to stay up way later than is wise. My record at adapting to new I looked to wrap this one up, with Sanchez.

This is the pandemic period in boxing, we regularly see ‘snafus.’  Is his guy Angulo ready to show that part of being a crafty vet is being able to deal with such a snafu, as a change in opposition the day before the fight?

“Boxing the sport is in an era unlike anything it has ever experienced, it will never be the way it used to be, we will never, or at least not in the near future, see those mega fights with 20k plus fans,” Sanchez said. “It will take boxing a long time to recover, we will lose our base of young fighters needed to produce future stars. But, Alfredo Angulo is ready to fight whomever is in front of him.”