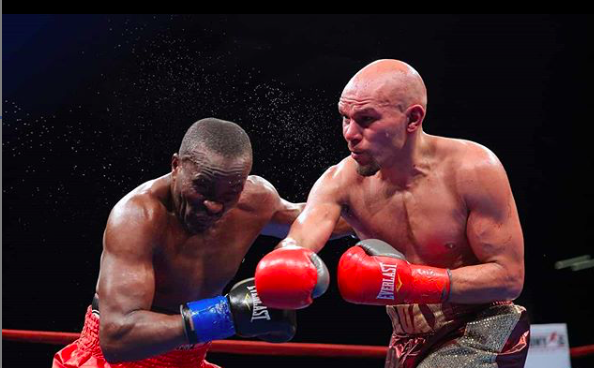 Caleb Truax is confident he did enough studying and preparation for his upcoming test against Alfredo Angulo.

A win over Angulo could get the Minnesota resident a solid grade from fans and pundits, and maybe more importantly, an opportunity down the line to fight for a world title belt.

Truax will face Angulo Saturday night at the Microsoft Theatre in Los Angeles, California. The 12-round bout will precede the main event bout between junior middleweights Erislandy Lara and Greg Vendetti.

Truax (31-4-2 1 NC, 19 knockouts), who resides in the Saint Michael, Minnesota, last fought on January 25 in nearby Minneapolis, defeating David Basajjamivule by majority decision. The fight took place over nine months after a scheduled 12-round bout against Peter Quillin was stopped in round two after an accidental clash of heads opened a cut above Truax’s right eye that was deemed too deep to continue. 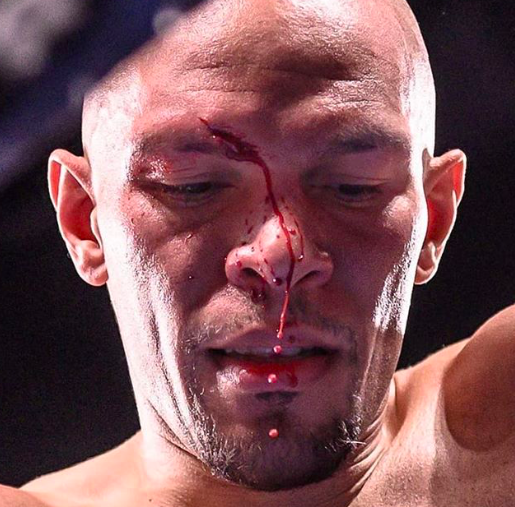 That April 2019 fight was ruled a no decision.

A rematch was scheduled for August 31, 2019, but Truax had to withdraw from the fight less than two weeks before the fight due to an ankle injury he suffered during training.

Quillin would end up fighting Angulo September 21, 2019, building an early lead before “Perro” rallied to win by split-decision over 10 rounds.

“I wasn’t surprised about the outcome,” Truax told The Ring Monday morning. “I actually favored Quillin to win by decision.”

Angulo (26-7, 21 KOs), who is originally from Mexicali, Mexico and now resides in Coachella, California, has won his last two bouts after losing his previous two bouts.

Despite struggling in recent fights, Truax, who snagged the IBF 168 pound crown off James DeGale on December 9, 2017 and dropped it back in the rematch four months later, is not overlooking Angulo.

“I just have to stick to my game-plan and execute it on him,” said Truax, who is ranked No. 6 by The Ring and has a bachelor’s degree in sociology from the University of Minnesota. “He had Quillin backing up and that is when he is at his best. I have to back him up and that is not when he’s at his best. He is who he is. He comes forward and throws a lot of punches so I can’t give in to him when he wants to fight on the inside. I have to utilize angles and trade and counter when the time is right.”

The winner of the Truax-Angulo fight becomes the mandatory challenger for the IBF title, which is held by unbeaten Caleb Plant (20-0 with 12 KOs).

Truax would accept the opportunity of fighting Plant for the title …or any of the other world titleholders in the division.

“The 168-pound division is wide open and I would love to face any of the champions. (WBA titleholder) Callum Smith, (WBO titleholder) Billy Joe Saunders, Caleb Plant. I don’t know what’s going to happen with the WBC after (David) Benavidez was stripped for not making weight. All four of them are great fighters.”

A loss to Angulo would be a huge setback for Truax. He hopes an impressive victory would provide more weight for a big-money or world title fight later this year or in 2021.

With a lot on the line, Truax is confident he will get the job done Saturday night.

“I’m 36 and he’s 37, 38 years old (he turned 38 on August 11). This is a true crossroads bout. There’s no room for mistakes. That’s how I’m approaching this fight. My family is my motivation and taking care of them is everything, which is why I can’t lose this fight. I’m very competitive and I want to win, whether it’s playing cards or fishing.

“I never thought I would be a world champion because I started boxing late,” Truax said. “But I’m living out this new dream of mine and through hard work and dedication over 16 years, I know I can make one more run at a world title belt.”

Francisco A. Salazar has written for RingTV since October of 2013 and has covered boxing in Southern California and abroad since 2000. Francisco also cover boxing for the Ventura County (California) Star newspaper. He can be reached by email at [email protected] or on Twitter at FSalazarBoxing.