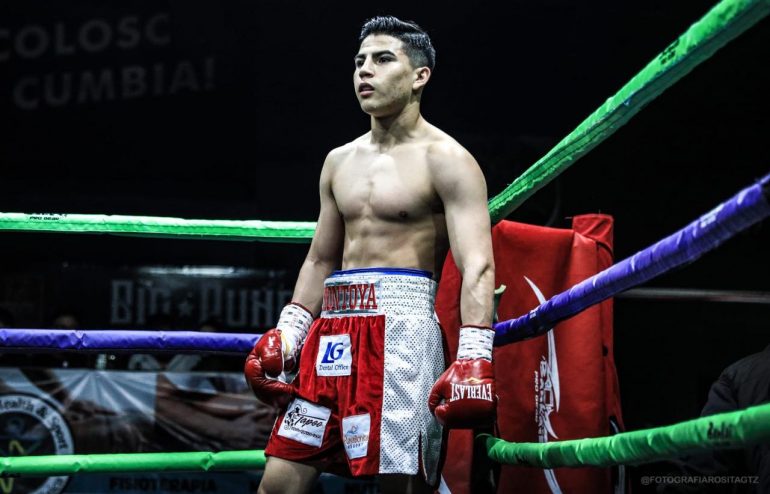 The 22-year-old was a virtual unknown until he faced Humberto Rubalcava on October 27 in Hollywood, California, that was streamed live worldwide. Utilizing multiple combinations and ring generalship, Montoya was impressive during the six-round bout, defeating Rubalcava by unanimous decision.

Montoya’s performance caught the eye of promoter Tom Loeffler, who signed him to a promotional deal after the fight. Loeffler, who has represented former world titleholders Kevin Kelley and Gennadiy Golovkin, sat ringside during Montoya’s last fight on February 15 in Tijuana, Mexico, a knockout win over Juan Gomez Torres in round two.

“I was excited to sign with (Loeffler) and that he took an interest in representing me,” Montoya said. “He has a lot of experience on the business side of boxing. He knows a lot about the sport and he took Golovkin to high places throughout his career.

“I appreciated him giving me my first opportunity fighting in the United States when I fought Rubalcava. I wanted to make a great first impression in that fight and we won without any doubt. I want to show Tom and the boxing world that he is not going to regret signing me.”

Montoya, who works under trainer Edgar Cruz and strength and conditioning coach Federico Mendoza, splits his time between training in Los Angeles and the boxing hotbed of Oxnard.

Although adjust to a new life in Southern California was initially difficult, Montoya is glad to have made the move.

“I’m very satisfied with the decision I made to train in the United States,” said Montoya, who made his pro debut two months before his 20th birthday. “The fighters I spar against have more experience, even those who are amateurs.

“They have more fights and it’s helped me gain more experience sparring amateurs or pro fighters. I’ve faced different styles, whether they’re southpaws or conventional or boxers or aggressive fighters. All the sparring and work I get has made me a more complete fighter.”

Montoya was born and raised in Puerto Penasco, which is located in the northwestern state of Sonora. It is also the hometown of Ring Magazine champion and WBC junior bantamweight titleholder Juan Francisco Estrada.

Montoya has followed the career of Estrada, and while he is glad Estrada has represented his hometown, hopes to carve out his own path in the boxing world.