Erislandy Lara: I’m going to focus on Greg Vendetti and move on from there 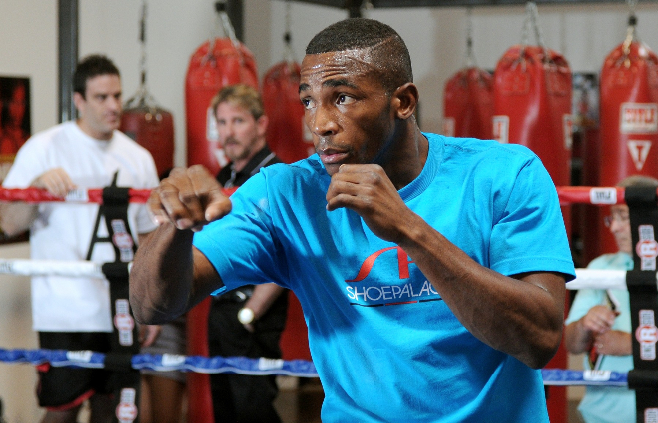 Lara, who is rated No. 5 by The Ring at 154 pounds, is largely in the dark about his little-known opponent but remains unconcerned.

“I don’t know much about him except for the fact that he’s trying to make a name for himself by getting a victory against me,” Lara (26-3-3, 15 knockouts) told The Ring through Mario Serrano. “He’s put together a couple of nice wins in his last two fights, so he’s coming into this fight with confidence.

“I’m expecting him to be at his best. No matter what he does, I’ll be able to make the proper adjustment to his style.”

The 37-year-old Cuban defector, who hasn’t fought since stopping Ramon Alvarez last August, is focused on the task in hand.

“My job is to fight whoever they put in front of me regardless of whether he has a notable name or not,” said the gifted southpaw. “Right now it’s very difficult to get any of the top guys in the ring with me because they have too many [financial] expectations. I’m going to focus on Vendetti and move on from there.”

If, as expected, Lara beats Vendetti he will be gunning for the winner of the upcoming junior middleweight unification matchup between WBC titlist Jermell Charlo and WBA and IBF beltholder Jeison Rosario, who also face off for the vacant Ring Magazine championship.

“Absolutely,” he said without pause. “I want to unify all the belts and expand on my legacy.”

Lara has been preparing for Vendetti in Las Vegas with trainer Ismael Salas.

“Salas was my first trainer when I defected from Cuba and we are working on fundamentals,” he said. “Training camp has been tough, but we put in a lot of hard work. I’ll be ready to impress when I step in the ring.”

Lara knows that while a victory is imperative at this stage of his career, he must also impress those watching on TV and expects to put on fan-friendly fight.

“I think it’s very important to look good in this fight,” admitted Lara. “As I’m getting older, I’ve been working on my inside game a lot. Fans will see me engage more.”

Salas, who also works with fellow Cubans Yordenis Ugas and Robeisy Ramirez, is widely known as one of the top trainers in the sport today.

“Lara is still a very strong technical fighter with a lot of power,” explained Salas. “People must understand that Lara can do many things in the ring. He’s made a few adjustments to his style and those adjustments will be on display against Vendetti. I expect Lara to have an explosive performance.”

Vendetti (22-3-1, 12 KOs) turned professional in 2013 and has fought almost exclusively in his home region of Massachusetts. The 30-year-old overcame two early career losses by winning 16 straight fights, including an upset of iron-jawed former world title challenger Yoshihiro Kamegai. That win earned him a fight against world-rated Michel Soro, who easily stopped Vendetti in two rounds. He has rebounded with two wins.