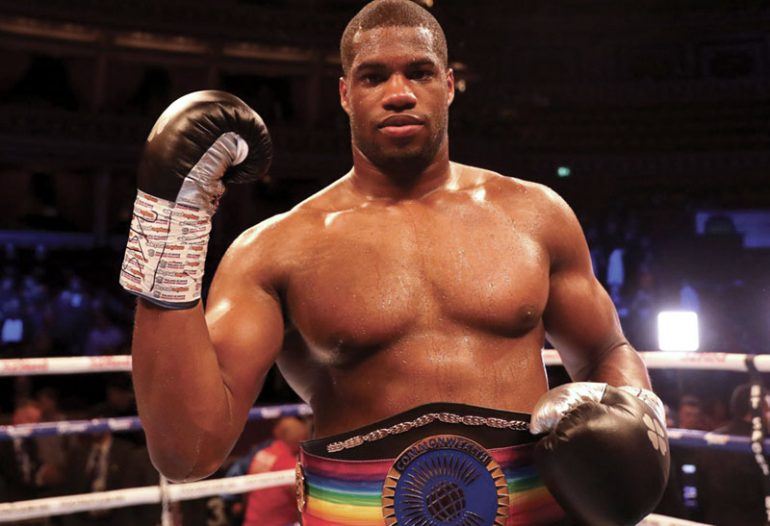 Rising heavyweight star Daniel Dubois will face Ricardo Snijders in a 10-round bout at the BT Sports Studio in London on Saturday.

The highly touted 22-year-old was originally scheduled to face former amateur standout Erik Pfeifer, but an issue with that opponent’s medical led to the switch. Dubois, however, is taking things in his stride.

“I was getting prepared for Pfeifer and I was excited about facing him,” Dubois (14-0, 13 knockouts) told The Ring. “People were saying that he’s a very good test for me and I was up for that challenge but, anyway, it’s not happening, so here we go.

“I’m hungry and ready to go. I’ve been training a long time now. I’m done with all this talking, I want to get in there and fight.”

Dubois, who last fought in December, when he knocked out Japan’s Kyotaro Fujimoto in two rounds, has clearly missed competing.

“I want to put on a show and pick up where I left off,” said the big-punching Brit. “It’s just like any other fight for me.

“I’m focused on going in there and taking him out as soon as possible. I don’t get paid for overtime. I want to get in and get out.”

And the absence of fans doesn’t unduly concern Dubois.

“I don’t listen to the crowd too much,” he admitted. “I’ve got to focus. When we’re in there, it’s going to be just me and him, no outside influence is going to distract or hinder me.” 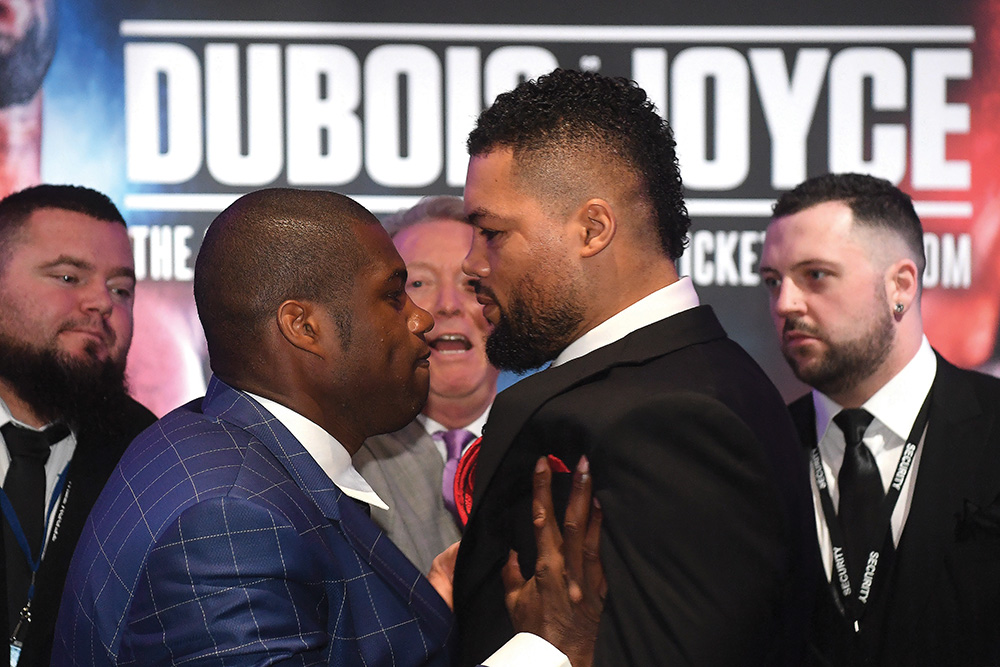 Dubois-Joyce was one of many major fights postponed by the pandemic. (Photo by Alex Davidson/Getty Images)

Dubois is scheduled to face compatriot Joe Joyce in a big domestic clash that has already been postponed twice due to the COVID-19 pandemic.

“Joe’s been talked about as a good challenge and I can’t wait for him; bring him on, I’m really up for that fight,” said Dubois in earnest. “It’s been talked about like a great test for me, but I’m going to go in there and make it a straight-forward fight where I come away with the devastating victory. I want to prove to myself and everyone that I’m the real deal.”

If, as widely expected, Dubois takes care of business against Snijders, then he is expected to face Joyce on October 24. While that fight is in Dubois’ immediate future, he can be forgiven for having long-term goals.

“My aspirations are to reach the top of the mountain,” he said. “It’s a long way from here, I’ve got to beat some decent challengers, Joe and a few others.

“[Tyson Fury] is definitely up there [as a potential future challenge] and if I keep going in this direction we’re going to meet eventually. All of the heavyweights out there, whoever comes first, I’m not really bothered.

“I want to win the world title and hold on to it for as long as I can. I will retire a legend of the sport, enter the hall of fame, and leave a great legacy behind.”

Martin Bowers, who serves as Dubois’ manager and trainer, has known him since he was six years old but has worked closely with him since his late teens. He believes the well-grounded youngster is going to put down a marker for the division.

“I believe we have a live opponent,” said Bowers. “Daniel is as focused as ever on getting the job done and putting on a good performance.

“Not once has Daniel looked beyond the 29th, in all conversations we have had, which, for me, shows a maturity beyond his years.”

Snijders turned professional in 2016. The 26-year-old Dutchman has fought largely at cruiserweight and suffered his only defeat when he dropped a 12-round unanimous decision to Joel Djeko in May 2019. Snijders (18-1, 8 KOs) has returned with a win but he will be a sizeable underdog on fight night.

Dubois-Snijders, plus undercard action, will be broadcast on BT Sport in the U.K. and ESPN+ in the U.S.