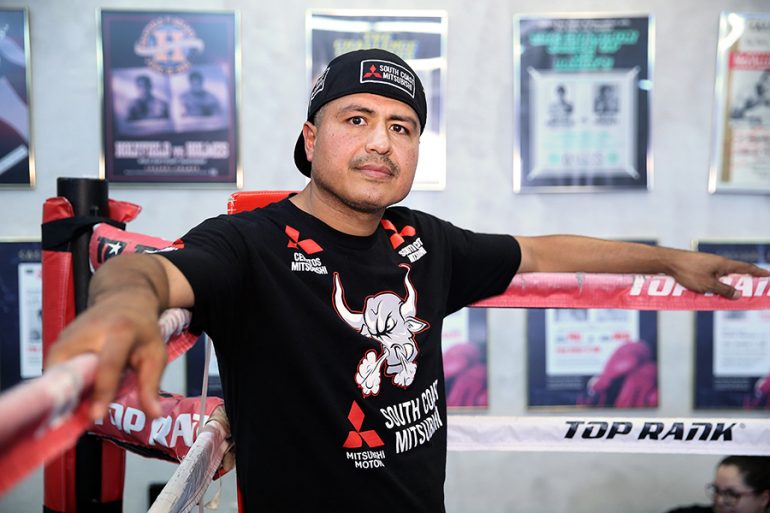 Robert Garcia has a new clean bill of health, a new body, a new deal and new lease on doing what he does best—train fighters.

Garcia had a scare late last month, when he tested for the COVID-19 virus on July 22, two days before he was supposed to be in the corner for his fighter, Vergil Ortiz Jr., when he faced Samuel Vargas.

On Thursday morning, July 23, Garcia was told he tested positive.

Golden Boy’s Eric Gomez and Robert Diaz sent Garcia to an Orange County medical facility. Later that night, Garcia tested negative—twice, and more importantly, he tested negative for COVID-19 and the antibody was positive, meaning he was not contagious.

Expect Garcia, 45, to be in the corner for WBC/WBO junior welterweight titlist Jose Ramirez when he takes on Viktor Postol from the MGM Grand Bubble in Las Vegas this Saturday night.

On every Tuesday since July 24, Garcia, his team and his fighters have been tested and all have come back negative.

“I feel great,” Garcia said. “I’ve actually been eating healthy and exercising and feel energetic. I will be in Jose’s corner this weekend, or at least I sure hope so.

“Physically, I feel really good. I’m not down to 135, but I have lost 23 pounds. At one time I weighed 196, and now I’m down to 173. My biggest priority is that my fighters are healthy, and everyone around them, including myself, are safe and healthy.”

Garcia recently signed a managerial pact with fight manager Rick Mirigian to represent him for marketing and sponsorship purposes. It’s a great fit. The two have an amazing relationship to begin with. It’s a reciprocal relationship, where Garcia has faith and trust in Mirigian, who has a great belief in him.

The two have already gone in great directions. 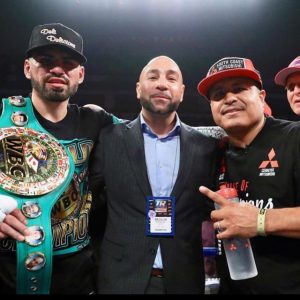 “I tried for a long time to do this with Robert, and I’m thankful he’s giving me the chance,” said Mirigian, Ramirez’s manager. “This is great opportunity to make some history representing a trainer and a great boxing brand, and if my history serves correct, the path is there for success.”

Garcia and Mirigian made the deal Saturday.

Now it’s time for Garcia to get back into a corner.

“I made the decision with Rick, because I’ve seen everything he’s done with Jose and I have four fighters managed by Rick already,” Garcia said. “I have deals with major firms. We’ve been great and friendly. I need someone to do business for me, and someone who is aggressive—and I know Rick is the best person for me.

“Jose is in great shape for this. We’ve gone through a lot of training camps because of the COVID-19 situation. We’ve had three training camps, but I remind Jose that Postol is going through the same things.”