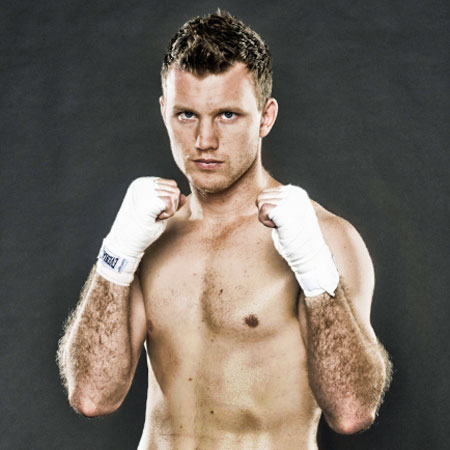 The contest will take place at the brand new Queensland Country Bank Stadium, in Townsville, Queensland, Australia. The stadium holds 32,000 people, however due to COVID-19 restricts, the stadium will host an expectant 16,000 sell-out using social distancing.

In July 2017, Horn won the WBO 147-pound belt in a unanimous, though highly controversial, decision over Manny Pacquiao. Horn lost that title to Terence Crawford in June 2018. Since then, he has stepped up in weight, initially to middleweight, where he split two fights with Michael Zerafa, before deciding to drop to 154-pounds to face his domestic rival.

“I’m expecting a tough fight,” Horn told The Ring. “I’m certain Tim has prepared well and will be a stern test.

“Tim is a good boxer and fair to say his right hand is his best strength. However, I don’t see that he has fought the necessary opposition to prepare him for this fight. He will find this step-up very testing.

“I will make it a nightmare for him.”

The rugged 32-year-old Horn (20-2-1, 13 knockouts) expects to enter the ring in optimum condition and has even added new dimensions to his training.

“I have probably had my best ever preparation,” he said. “Thanks to increased focus on body mechanics and recovery, as well as regular skills work with the addition of skills coach Tyrone Tongia.

“I’m in the best shape of my career and I will win this fight.”

The two have exchanged barbs on social media and there is genuine animosity between them.

“Tim talks as if he has come of age,” Horn said pointedly. “He is still a boy with a man’s name and has it all to prove to try and step out of his dad’s very large shadow.”

Horn, who represented his country at the 2011 World Championships and 2012 Olympics during an impressive amateur career, knows how important victory is to his career going forward.

“Boxing is snakes and ladders,” he said matter-of-factly. “That’s the way it’s always been. I took a setback when I took Michael Zerafa too lightly at middleweight. I paid the penalty, but I roared back and beat him in a fast turnaround rematch.

“This win will put me in line for a world title shot. I’m not entertaining the possibility of a loss here.”

Horn’s father, Jeff Sr., believes the fight will be big news and has high hopes his son can upset Tszyu.

“The excitement for the fight here in Australia has been building and seems to be heading for a very good PPV uptake,” said Horn Sr. “It is being televised around the world and will be especially popular in Russia, given Kostya’s popularity and standing there. I have no idea how big the TV audience will be, but fair to say it will be massive.

“This will be an entertaining fight as Jeff always comes to fight and has the heart of a lion. All the indicators we are seeing as a team are the best we have seen, exceeding his physical shape before the Pacquiao fight.

“One major reason for his improved physical and mental shape is his new skills coach, ex-middleweight Tyrone Tongia, and new fitness coach, ex-Cowboys NRL player Chris Muckert. Chris has bought great expertise to Jeff in strength, body mechanics and recovery that has been transforming. Stand by for operation DOT….. Demolition of Tszyu.”

Tszyu (15-0, 11 KOs) turned professional in 2016. Since then, he has steadily built his reputation and holds wins over Dwight Richie and Jake Brubaker. This fight will indicate if Tszyu can step out of his father’s considerable shadow.