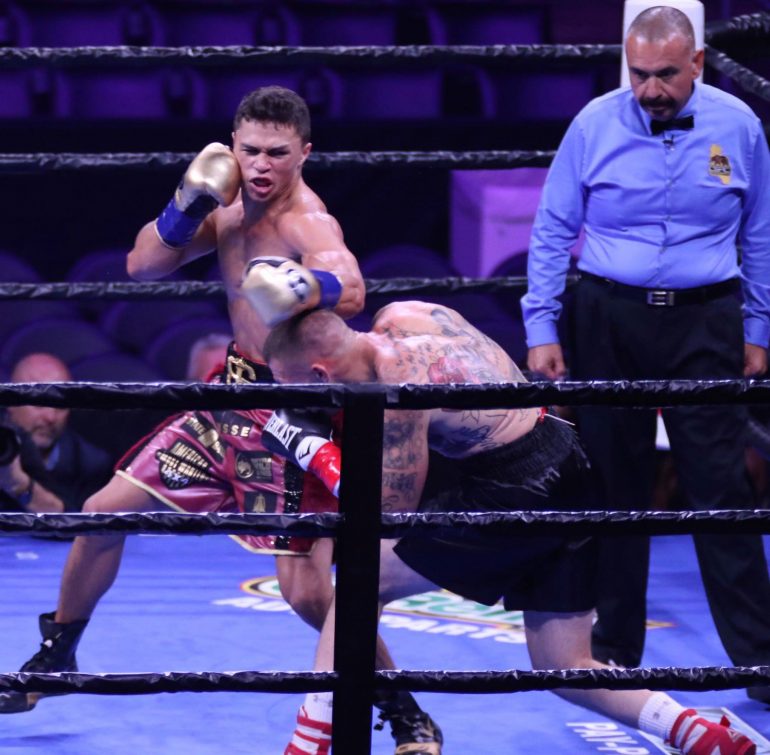 With the victory, Spencer improves to 11-0, 8 knockouts.

West, who is a boxer and mixed martial arts fighter, stopped Trey Metcalf, who was making his pro debut, in his last bout on February 1. The 31-year-old last fought in an MMA fight last month and was reportedly disqualified.

The stronger Spencer threw and landed two and three-punch combinations. West, who would switch from southpaw to conventional, looked to counter Spencer, connecting with an occasional left hook to the head.

Rather than follow up in round 3, Spencer was content to back up and bait West to initiate exchanges. West followed Spencer, but rarely took the initiative to throw anything of substance in the round.