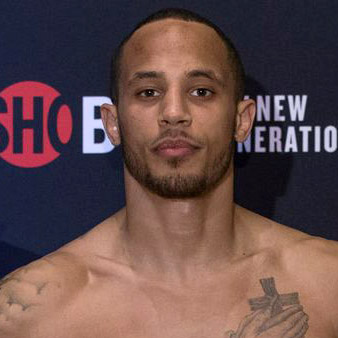 Rob Brant’s boxing clock is ticking and the 29-year-old from Dallas, Texas, refuses to listen.

The last time Brant (25-2, 17 knockouts) fought was over a year ago. He is coming off of a second-round knockout loss to Ryota Murata in a rematch that saw Brant lose the WBA “regular” middleweight title in July 2019.

He’s going to try and rekindle his march toward a belt with a 10-round middleweight fight Saturday against Vitalii Kopylenko (28-2, 16 KOs).

The bout will be the co-feature to the Joe Smith-Eleider Alvarez 12-round light heavyweight WBO eliminator from the MGM Grand Conference Center in Las Vegas on ESPN+ (10 p.m. ET/7 p.m. PT).

“I know he is a very talented Ukrainian fighter with a solid left hook to the body,” Brant said of Kopylenko. “I believe he’s getting a little older, at 36, but he’s very game. He’s matured into his boxing style. He’s not going to be overly active. But he makes them count. He really depends on his left hook to the body, especially while being attacked. He talented; a good fighter.

“This means the world to me, especially after my last fight getting beat in Japan. I want to show the world what I’m all about. Every fight is the biggest fight of your career. You can consider it a crossroads fight, but it’s all about winning. At this point, I have two losses on my record.”

If Brant losses, he knows the gatekeeper status that may come with it. It is something he honestly does not concern himself with. It will have to be a serious question to himself later.

For now, Brant has invested in the present, which means beating Kopylenko, who last fought on May 2, 2019, suffering a 10-round decision loss to Steven Butler.

In December, Butler, like Brant, was also stopped by Murata.

“I haven’t really looked at it from that angle (of being a gatekeeper, if a loss does occur),” Brant admitted. “If you lose, of course there is the attitude that this is the life that I chose.

Brant, who is originally from St. Paul, Minnesota, began boxing when he was 15. He’s been living in Dallas the last six years. Brant’s father, Michael, was a wide receiver for the UCLA Bruins football team in the late-1970s under Terry Donahue.

Brant himself played high school football. In an indirect way, it’s what led him to boxing. He picked up a pair of boxing gloves clowning around with high school friends when they gathered at the house of the team’s quarterback. That created an instant affair with the sport.

He sought out a local gym and had some amateur success. Now, Brant wants to extend what he’s spent almost half of his life doing.

“In the past, I tried to overwhelm somebody and throw a million punches,” Brant said. “In the rematch against Murata I learned I have to be more tactical. It’s not good to be a machine gun when you’re going up against a tank. I’m looking to be a little more patient and a little mature.”