Dave Coldwell: Dillian Whyte must be smart and brutal against Alexander Povetkin 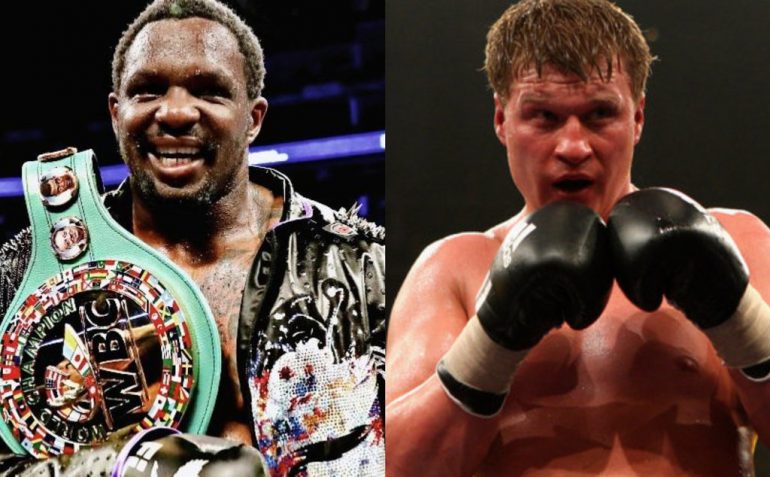 Dillian Whyte rolls the dice once more this weekend while sat in the WBC’s No. 1 heavyweight contender spot.

Many fighters would perhaps take a tune-up or even stay inactive and wait for their chance.

Having recently split with former trainer Mark Tibbs, he’s now working with Xavier Miller as head coach but he’s enlisted his friend Dave Coldwell to help in the corner on fight night.

Coldwell, trainer of former world titleholders Tony Bellew and Jamie McDonnell among others, has already twice experienced Fight Camp, with wins for his fighters Jordan Gill and Hopey Price.

“He just asked me if I’d be up for helping him in the corner, just being a second pair of eyes and to help his coach out,” said Coldwell. “He got in touch with me a couple of weeks ago. We message all the time. We’re always in touch anyway – from way back – and we’ve bumped into each other at shows and had a laugh or whatever. I’ve always got on well with him and when my son was in hospital with meningitis he was constantly messaging and seeing how he was and even months afterwards messaging and checking to see how he was and how his recovery is, so we’ve always been in touch on a friends basis.”

And it’s a fight Coldwell had been looking forward to as a fan. The idea is the two heavyweight bangers will produce fireworks.

“Before I had any involvement in it, it’s a fight I was looking forward to,” admitted the Sheffield coach, who learned the trade under Brendan Ingle. “It’s a great fight. It’s two exciting fighters, two fighters who want to put your lights out and neither goes in there to have a tickling contest and win on points, they are both looking to set bombs up and set traps so it’s always going to be a good fight. Dillian has got to be smart as well as brutal in this fight.” 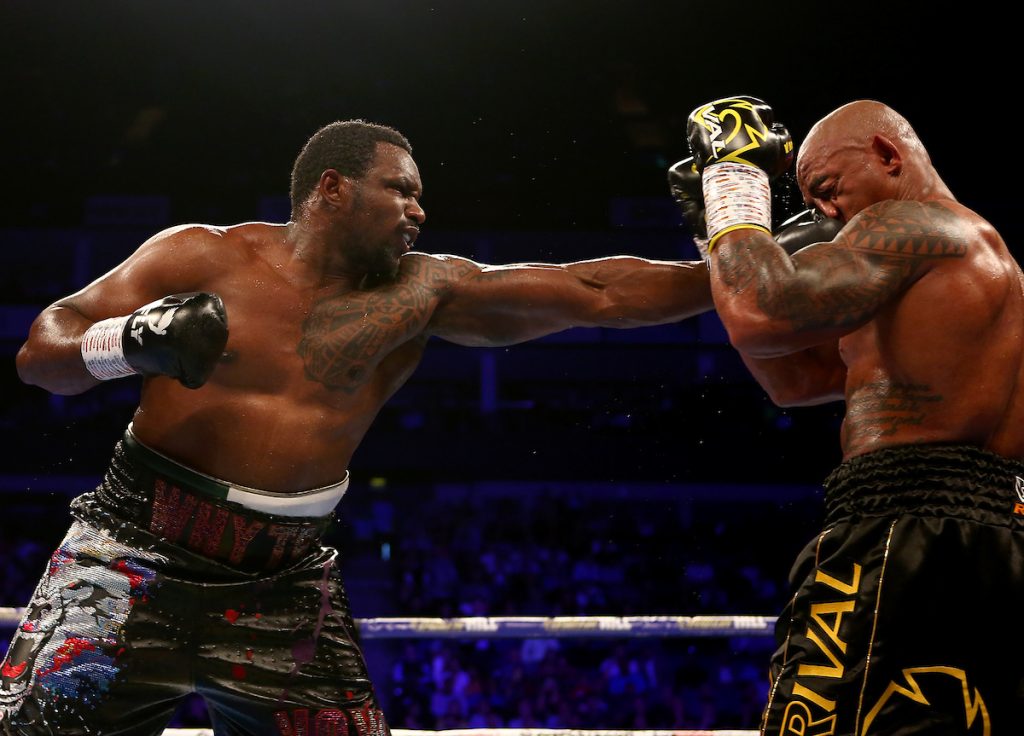 Whyte (left) got off the canvas to outpoint Rivas. Picture By Dave Thompson.

Of course, it’s at Matchroom Square Garden on the lawn of the Matchroom HQ and there will be no paying fans. It may be in the open but in essence, it’s “behind closed doors.”

“The level that these two box at, the experience these guys have got, they won’t be thinking about bringing the curtain down on Fight Camp,” Coldwell added. “They know they’ve got a job to do, they know what’s at stake, what this fight means to them going forward, so they will be fully focused on that. The thing is, it’s what I say about anybody who takes part in this Fight Camp series, you don’t know how it’s going to effect them – the eeriness, the quietness, the fact that there’s no crowds – these are guys that are used to boxing in front of thousands of people. But, I also believe that their mindset is they would fight in a [parking lot], so it makes no difference to them. I don’t think that’s going to make any difference whatsoever. It might feel different when they walk out, but once the bell goes… That’s how my experiences of Fight Camp were with Hopey Price and Jordan Gill, they both did what they had to do, the crowds make no difference once that bell goes. Once you feel the power or the draft of a shot just missing you kind of forget about all that and focus on the job at hand.”

Coldwell will not be the dominant voice in the corner but offering technical observations throughout.

“Xavier is the head coach, I’m just there to assist in anyway that’s needed,” he explained, before giving Whyte his props for taking on a “dangerous fighter” while sat in the WBC’s No. 1 spot.

“A lot of fighters would just sit out and be inactive until their shot comes, never mind taking a series of fights against top contenders. If you look at Dillian’s resume, he’s fighting real opposition, opposition that have got something to gain themselves and that are looking at world title shots themselves, not just looking it as if it’s a lottery. These guys expect to be fighting for world titles themselves, the likes of [Joseph] Parker and [Oscar] Rivas… Povetkin obviously. The guys he’s fighting are contenders in their own right aiming to be heavyweight champion or getting a crack at it, so he’s rolling the dice every single time. This is a risky, risky fight. We know Povetkin is very dangerous. We know it’s not just one shot, it’s his left hook, his overhand right, he’s experienced, he’s experienced with dealing with bigger men, he’s a dangerous fighter and if there was a fighter that lacked ambition at this stage of his career, then when Michael Hunter put it on him in those first few rounds, he’d kind of just gone through the motions and lost that fight. But he showed his character, his idea of where he sees his career going. He clawed it back and dogged it out and he showed what he was about and got a result out of it.”

Whyte vs. Povetkin, Katie Taylor vs. Delfine Persoon 2, and several other undercard attractions will be broadcast live on DAZN in the U.S. and Sky Sports Box Office in the U.K.