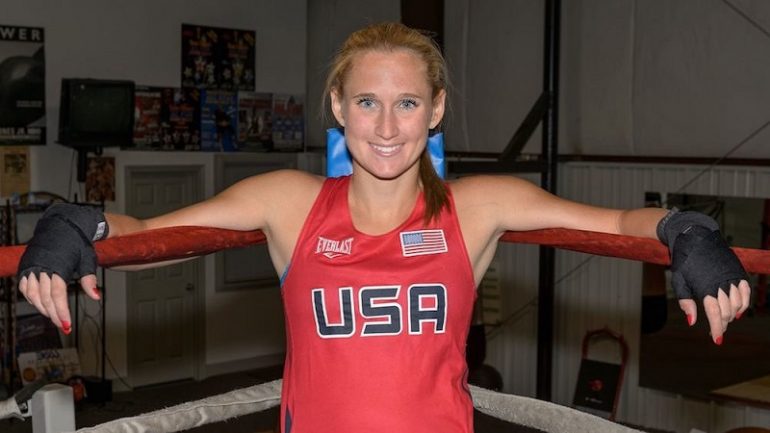 It took getting kicked off the Louisiana State University cross country and track team for Virginia Fuchs to realize her true potential.

Fuchs was a freshman when she was pressured by a mutual friend’s roommate to pull a prank on their friend.

“I was at my buddy’s apartment after I left something in his room and his roommate was like, ‘I bet you $100 you can’t break down his door.'”

Fuchs did her best imitation of a hockey-style check on the door, which ended up breaking the lock and a piece of the frame to the door. The roommate then told Fuchs to hide his Xbox to make it look like someone had broken in and stolen the gaming system.

Unfortunately for Fuchs, her “friend” walked in two minutes later and was incensed to the point where he punched a hole in a nearby wall and called the campus police. As a result, Fuchs received a misdemeanor summons and was expelled from the team.

Since she was a little girl, Fuchs had dreamt of winning a gold medal in the Olympics. Instead, she was enjoying the party life at LSU and submerging herself in liquor. But amid that transition, she met a boxer who introduced her to the Sweet Science.

“I was watching him train and I was like, ‘I want to try boxing. This looks like fun.'”

After her first couple of training sessions, the coach at her local gym saw potential in Fuchs.

“He wanted to help me get fights and to get my career started,” she explained. “Then in 2010, I went to my first tournament, which was the National Golden Gloves, where it was announced for the first time that the IOC (International Olympic Committee) was putting women’s boxing in the Olympics.”

At first she looked surprised, then her eyes lit up like two flames.

“Holy shit!” Fuchs exclaimed. “Here’s my way to the Olympics.”

Getting kicked off the LSU squad turned out to be a blessing in disguise for Fuchs.

“Even if I didn’t get kicked off the team, I wouldn’t have qualified for the Olympics,” she admitted. “I had talent but not to the Olympic standards.” 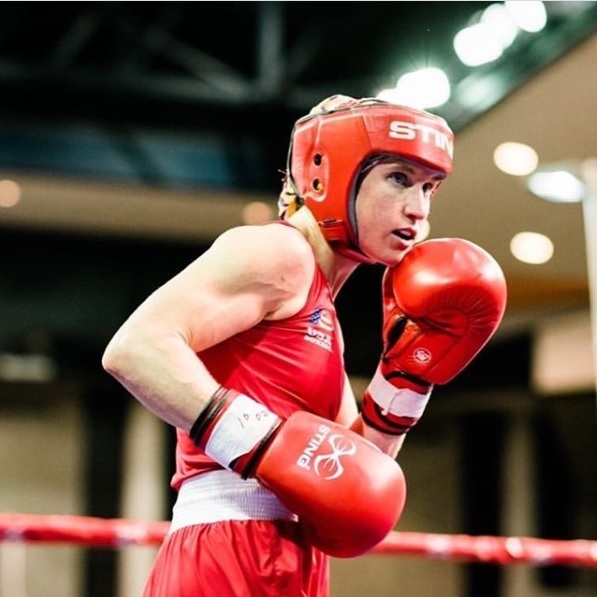 A naturally competitive person, Fuchs became fixated on winning at all costs and when she falls short, her game continues to evolve.

However the agony of defeat has only made Fuchs more motivated to capture the gold. After winning a bronze medal at the 2018 Women’s Elite World Championships in India, the 32-year-old was one step closer to the dream.

At the Olympic Trials last December, the 112-pound Fuchs outpointed Christina Cruz to clinch her spot for the World qualification event for the Tokyo Olympics, which are expected to take place in March 2021.

However it didn’t come without a scare. Fuchs had to overcome doping allegations after she tested positive for the substances letrozole and GW1516, which are banned hormone and metabolic modulators.

But USADA (United States Anti-Doping Agency) determined that Fuchs’ boyfriend had been taking the banned substances and the levels found in her system were consistent with recent exposure through intimate contact. As a result, the body ruled that Fuchs bore no fault or negligence for the adverse finding.

“It scared the shit out of me,” Fuchs said. “Luckily I found the source pretty fast. My case is pretty unique. There was only one other girl before me that had a similar case.”

Fuchs was also lucky not to lose out on her Olympic dreams altogether. The COVID-19 pandemic pushed the Games back until 2021, which allowed for USADA’s investigation into her doping allegations place and preserve her chances of accomplishing her dreams.

“The coronavirus sucks but it honestly saved me in a way,” she laughed. “It gave them the time to do the investigation and for me to get through with this.

“The investigation was pretty fast. It happened in March and I was cleared at the end of May. Everything worked out.”

Now Fuchs has her eyes set on the crown jewel.

“It’s all about winning,” Fuchs said. “I’m going to get through the Qualifiers and then get my gold in Tokyo.”

Fuchs, who has had around 150 amateur fights, holds three victories over flyweight contender Marlen Esparza (7-1, 1 knockouts), who won a bronze medal at the 2012 London Olympics.