Not so fast, says NYC mayor: Gleason’s Gym will need to wait longer to open 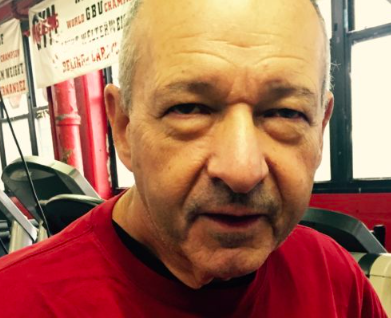 He didn’t pop corks when he heard the news that gyms could open August 24th, because Bruce Silverglade ran Gleason’s Gym back when the neighborhood had more streetwalkers and crack addicts strolling the streets after dark than shoppers or residents.

DUMBO (Down Under the Manhattan Bridge Overpass) didn’t used to be a high rent district, and so, yeah, NY native Silverglade has seen downs, and ups, and more downs.

The pandemic period has bit him in the wallet, he’s down round $200,000 because Gleason’s got shuttered March 16. OK, he did allow himself some elation when NY Governor Andrew Cuomo on Monday announced that gyms could open Aug. 24th, as long as they met some requirements aka 17 pages worth of protocol.  It will be up to the local governance to give the final okay, the Governor said, but other than that, all systems can be go.

All systems would not switch from “hold” to “green,” Silverglade soon comprehended, when NYC Mayor Bill DeBlasio weighed in Monday night. DeBlasio and Cuomo have co-existed uneasily, at best, for awhile, their two egos colliding often as the coronavirus crept into the NYC. How much of DeBlasio saying that, in fact, he’d not be open to letting gyms, like the most famous boxing gym in the world, and fitness centers throw open the door at 33% on August 24 is because he’s seeking to protect his own turf, cordon off what power property is his, and not part of the Governor’s portfolio? Only he knows.

I touched base with Silverglade, who for 37 years has been at the helm of the famed and fabled community center disguised as a boxing gym, on Wednesday. I put it to the gym boss, point blank, on a Facetime call. Is Gleason’s going to be re-open for business on Monday morning, at 5 am?

His demeanor surprised me. We greeted each other, and he was grinning. Why, I asked? Because it’s nice to see you, and talk to you, he answered.

That is quite gracious of you, I said. But you’d be excused if you greeted me with a game-face on, I said.

So, when? When will you be able to pop a cork?

“It’s unknown,” he said, from behind his desk, where he customarily greets tourists from Germany, trainers asking about the next date for amateur bouts at the gym, or film scouts asking about using the spot for a location shoot. 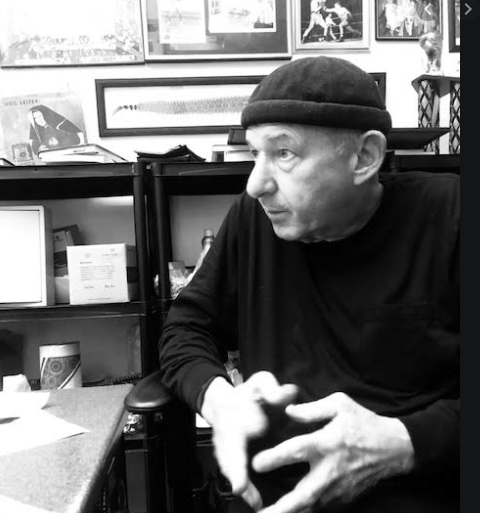 Since March, Silverglade has kept bleach and Lysol at the ready, and was on alert, ready to do whatever the powers that be said he’d need to in order to pass inspection and re-open the doors.

“There’s no higher priority than making sure our schools and child care centers are safe for learning in the fall, and the City’s dedicated team of inspectors will continue prioritizing that work,” said DeBlasio, making clear what is prioritized ahead of gyms, through a spokesman.

Maybe the city’s inspectors hustle to it, and by Sept. 2, Gleason’s can open, said Silverglade. But he’s not getting his hopes up too much, after DeBlasio tossed that bucket of cold water on the Monday morning celebrants.

Silverglade knows enough to know that he’s not privy to all the info. He does know that a lawsuit is in play, that fitness gym owners are demanding through the courts to know why the state didn’t include gyms in their phased re-opening of sectors of the economy. Maybe that spurred Cuomo to name Aug. 24 as the re-open date, to de-fang the suit-pushers a bit. But information for this small business owner has been hard to come by.

For the last couple months, Silverglade has been politely persistent, and done copious media outreach, to try and share the word about how pro fighters who make Gleason’s their home gym have been screwed. On Wednesday, he did a hit with Neil Cavuto, on Fox Business.

After doing that appearance, Silverglade said he will continue to seek an audience with politicians responsive to his quest to stave off financial ruin, and get the gym doors open, with the utmost care taken to provide a hygienic experience. State senator Diane Savino, a Democratic repping the 23rd district (northern Staten Island, parts of southern Brooklyn, including Sunset Park, Bay Ridge, Bath Beach, Brighton Beach, and Coney Island) has been empathic with the plight of the small business owner Silverglade. State senator Brian Kavanaugh, who reps district 26 (much of lower Manhattan and the eastern Brooklyn coastline, including Tribeca, Chinatown, the Lower East Side, and the Financial District, as well as parts of Dumbo, Greenpoint, Williamsburg, Brooklyn Heights, Cobble Hill, Downtown Brooklyn, SoHo, and the East Village), has also been responsive, Silverglade said.

From the March 16 shutdown, to August, Silverglade’s patience level started running thinner. Calls to local politicians went unanswered, a few were returned. Time and again, promises were made, “we’ll look into it.” Most of the time, the elected leaders failed to furnish anything resembling a useful response to Silverglade.

I myself tried to get aid from the office of the borough president, Eric Adams. His office said they’d look to help, answering my email. Then, nothing… A request to do a quick chat with Adams, on the record, was ignored. Silverglade did hear from Adams staffers a few times and he received promises to look more deeply into his issue. He didn’t receive any substantial report or clarification from the Adams office, however.

Whenever I’d bring that up, Silverglade would mention that he knows they and their offices have been swamped.

Silverglade guesses that upstate, regional leaders will be inclined to be more open to the Cuomo vision for gyms than the DeBlasio one. Suffolk County (Long Island) Executive Steve Bellone said that commercial gyms and indoor classes can open on Aug. 24. Hotel, office, higher education and residential gyms will be allowed to reopen on Aug. 31.

Until he gets the final word he can open his doors, Silverglade will keep on wondering, and asking aloud, why are pro boxers discriminated against. What, they don’t deserve the same rights and allowances that NBAers and MLBers do?

It’s not a stretch to compare Silverglade to some of those fine fighters who have made Gleason’s their training home base and the legends who’ve made sure to visit the cathedral of sorts. 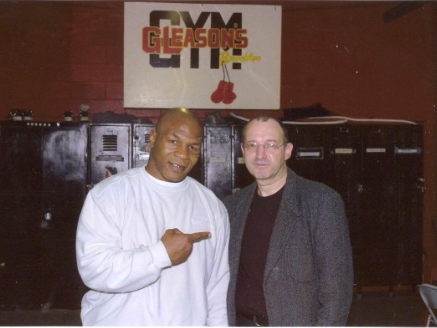 Brownsville, Brooklyn icon Mike Tyson pointing. He knows that Bruce Silverglade and Gleason’s are real ones.

His stamina in prosecuting the fight to get back to business is impressive. On Thursday, he’s booked to talk to the NY Times, to tell “the newspaper of record” why NYC boxers deserve more respect and boxing still matters. The Champagne stays in the fridge a bit longer.