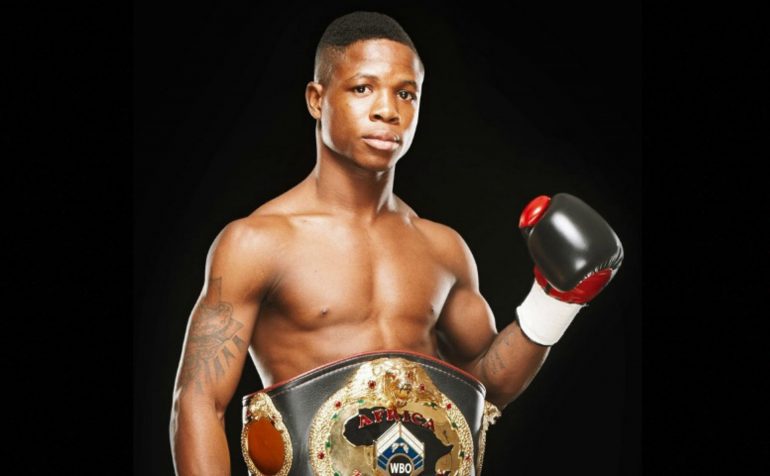 News broke on Monday that WBO bantamweight titlist John Riel Casimero will make the first defense of his title against Duke Micah on the highly anticipated Showtime pay-per-view headlined by the Charlo twins on September 26.

Micah’s manager, Michael Amoo-Bediako, who also guides the career of former IBF lightweight titleholder Richard Commey, is happy to have helped procure the opportunity for the unbeaten 28-year-old fighter from Ghana.

“I think Duke deserves his chance now,” Amoo-Bediako told The Ring. “Although we weren’t expecting it, we had a fight lined up for him in December. Duke has always kept himself fit and ready to fight, so when the offer came in it was one we simply couldn’t turn down.”

It’s been a long, fraught journey but one that now appears to have borne fruit.

“I was given the opportunity to co-manage Duke back in 2015,” recalled Amoo-Bediako, the venerable manager. “I managed to secure him WBO Africa titles before bringing him to the UK to clinch the Commonwealth title.

“Then we managed to get him a deal in the USA with Evander Holyfield’s Real Deal Boxing, but after a couple of fights we separated by mutual consent along with my then co-manager. That’s when I moved Duke to Andre Rozier’s gym to train, where I already had Richard Commey and teamed up with Keith Connolly as co-manager.

“Since then, Duke has gone from strength to strength, winning his last two fights under the PBC banner.”

Chief deal-maker, Connolly, famed for his work with Daniel Jacobs, Sergiy Derevyanchenko and Commey, is pleased to have struck a deal with Casimero and is confident Micah can pull the upset.

“I’m excited that in a short period of time PBC has positioned Duke to fight for the world title and achieve his lifelong dreams,” Connolly said. “I fully expect Duke to beat Casimero and become WBO world champion.”

Micah was a good amateur, representing his country at the 2012 Olympics. As a professional, he has won several regional titles and claimed the Commonwealth bantamweight crown. Micah (24-0, 19 knockouts) has scored wins over Jonathan Aguilar (RTD 8), Jose Santos Gonzalez (MD 10) and Janiel Rivera (UD 8).