Sebastian Formella relishes the role of underdog against Shawn Porter 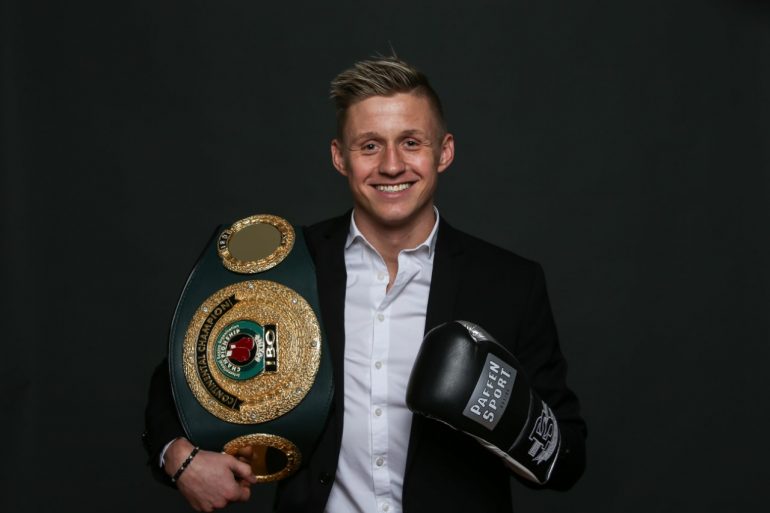 Fringe welterweight contender Sebastian Formella will get his opportunity to step into the big league when he meets former two-time titleholder Shawn Porter on FOX (8 p.m. ET/5 p.m. PT) at the Microsoft Theater, Los Angeles on Saturday.

The unbeaten German is eager to test his skills against the hard-charging American.

“When my promoter (Erol Ceylan) called and offered me the fight, I immediately said yes, without knowing the details,” Formella told The Ring through Steffen Soltau of EC Boxpromotion. “I have always said that I want to compete with the best, now I have the chance. I feel good, I know what I can do. I am not a guy who gives up or shuns anything. I have trained hard for this fight and will give everything in the ring.”

“Shawn Porter is rightly a superstar in this weight class,” he said. “But I’m just happy that I get the chance to get in the ring against such boxers.

“Porter brings pressure, he can bridge the distance very well with his fast movements, he is very strong in-fighting. You always have to be careful and concentrated (on the inside). You must not let him drag you into his fighting style.”

The 33-year-old Hamburg resident appreciates he is a sizeable underdog but remains quietly confident.

“I am the outsider on paper for many experts,” he acknowledged. “We’ve analyzed Porter, and we know it’s gonna be tough. But it’s boxing and the nice thing about our sport is that a lot of things can happen that you don’t expect before. We have tactics set up and I’m going to throw everything in the ring to win.”

Formella trained in Germany before a two-week training camp in Kadikoy, a suburb of the Turkish capital of Istanbul, where temperatures soared to 36 degrees (96 Fahrenheit).

“In the gym it was of course much warmer, that was really tough,” he explained. “I feel prepared. One of the sparring partners was stable mate Volkan Gökcek.

“It was important to avoid crowds and to strictly adhere to the rules of hygiene and spacing. I did corona tests every 48 hours. All were negative. The gym was a 5-minute walk from our accommodation, we were only outside at meal times.”

He flew from Turkey to America on August 10 and has been staying sharp at Ismael Salas Boxing Academy in Las Vegas.

Ceylan, of EC Boxpromotions, feels his fighter is more than capable of pulling off the upset.

“Nobody believed in Sebastian when he fought for the (IBO) world championship against (Thulani) Mbenge and he surprised everyone,” said the promoter. “Basti is someone who grows with the strength of his opponents. You should not underestimate him. He has a strong will.”

Porter turned professional in 2008 after a successful amateur career. The Ohio native outhustled Devon Alexander (UD 12) to win the IBF title and stopped Paulie Malignaggi (TKO 4) in his first defense. He dropped the title to Kell Brook (MD 12), rebounded to beat fellow Ohio native Adrien Broner (UD 12), then lost a close decision to Keith Thurman for the “regular” WBA welterweight title in June 2016.

Porter displayed his persistence once again when he beat Danny Garcia (UD 12) for the vacant WBC title and squeezed past Yordenis Ugas (SD 12). Porter then looked to unify with Errol Spence Jr. last September, but despite giving him his toughest test, dropped a split decision.

The Fox telecast which also features Sebastian Fundora vs. Nathaniel Gallimore and Joey Spencer in a special attraction.