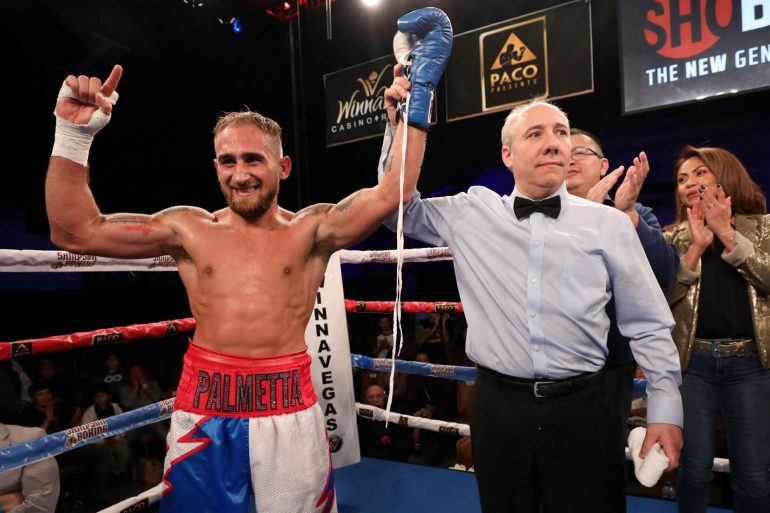 Promoter Sampson Lewkowicz would like to see Alberto Palmetta build off his impressive victory in his last fight.

The welterweight prospect will face Tre’Sean Wiggins Saturday night at the Ocean Center in Daytona Beach, Florida. The 10-round bout will be streamed live on TyCSports .com.

Palmetta (13-1, 10 knockouts), who resides in Buenos Aires, Argentina, was victorious in his last bout on November 15, stopping Mexico’s Erik Vega Ortiz. The fight headlined a ‘ShoBox’ telecast. The victory marked Palmetta’s seventh win in a row, all by knockout, since suffering his only loss as a pro at the hands of Gonzalo Gaston Coria in November 2017.

The 30-year-old southpaw will face another stern test in Wiggins, one Lewkowicz hopes Palmetta is ready for.

“He has to be consistent in giving 100 percent in every fight, and this fight against Wiggins is no exception,” Lewkowicz told The Ring over the phone Thursday night. “He cannot afford a loss now in his career. He has to do all he can to become a world champion. It’s in his hands.”

Wiggins (11-4-3, 6 KOs), who resides in Newburgh, New York, fought to a majority-decision draw in his last bout on October 24. He has only won once in his last four bouts, but he has faced the better opposition on paper compared to Palmetta. Wiggins has decision losses to Mykal Fox and unbeaten Richardson Hitchins.

Torres (14-3, 5 KOs), another fighter who resides in Buenos Aires, stopped Sergio Paysse in his last bout on December 29. The 30-year-old, who will be making his U.S. debut against Pendarvis, has won his last six bouts.

Pendarvis (21-5-2, 9 KOs), who resides in Lancaster, California, has not fought since March 24 of last year, when he was stopped after the third round against hard-punching Serhii Bohachuk.

Ten more fights are scheduled on the fight card promoted by former world champion Christy Martin in association with Payne Boxing. Fans who purchased tickets will be given face-masks and have their temperatures checked prior to entering the arena.