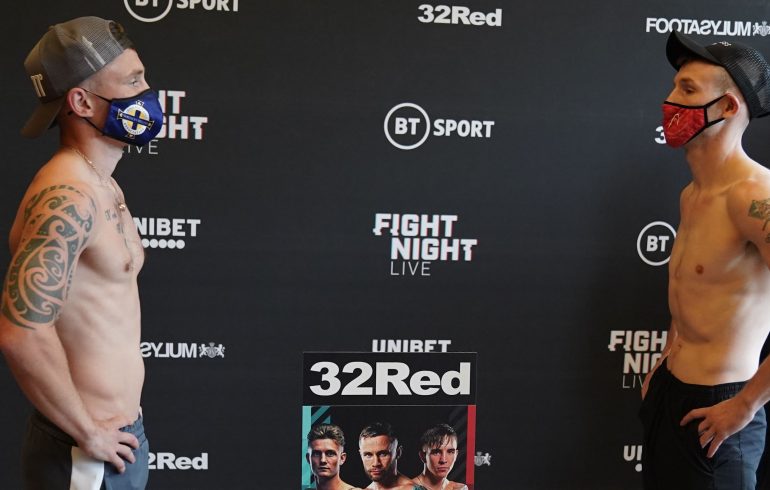 All photos from Queensberry Promotions
14
Aug
by Ryan Songalia 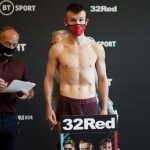 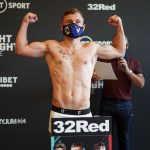 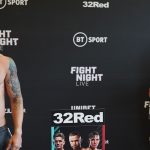 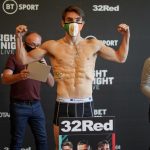 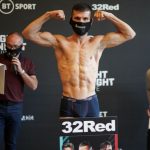 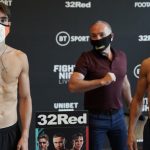 Carl Frampton weighed in at 134.4 pounds while Darren Traynor was 134.25 pounds on Thursday for their ten-round bout tomorrow at York Hall in the Bethnal Green section of London.

Frampton (27-2, 15 knockouts) of Belfast is looking for his second straight win, which would set up a showdown with WBO junior lightweight titleholder Jamel Herring, and a chance at a belt in a third weight class. Herring has to handle business of his own in a twice delayed defense against Jonathan Oquendo now rescheduled for September 5.

“If Jamel is successful and if Carl Frampton is successful on Saturday, I have a date picked out in November when they’ll fight for the title,” said Top Rank CEO Bob Arum. “That’s done. Everyone’s on board.”

Traynor (16-3, 7 KOs) of Aberdeen, Scotland is also looking for his second straight win to rebound from recent defeats to Juli Giner and James Tennyson.

In the co-feature, Mick Conlan (13-0, 7 KOs) weighed in at 126.25 pounds for his ten round bout against France’s Sofiane Takoucht (35-4-1, 13 KOs), who weighed 126.6. Takoucht is the most experienced foe of the Olympian’s career, and is coming off a second round stoppage loss to Josh Warrington in a match for the IBF featherweight title.