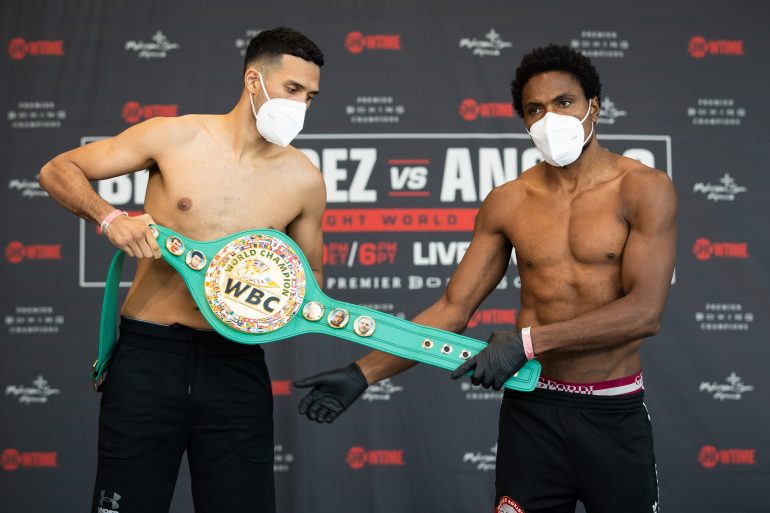 For the second time, David Benavidez loses his title belt before entering the ring.

The 23-year-old from Phoenix weighed in at 170.8 pounds, nearly three pounds over the 168-pound, for his voluntary defense against Roamer Alexis Angulo, surrendering his WBC super middleweight title in the process. Angulo (26-1, 22 knockouts) had no problems himself, coming in at 167.6 pounds, meaning the title is only on the line for the Miami-based Colombian.

The fight will headline a Showtime Championship Boxing card from the Mohegan Sun Arena in Uncasville, Conn., with the broadcast scheduled for a 9 p.m. ET start on Saturday night.

Michael Mazzulli of the Mohegan Tribe Commission tells The Ring that the two camps had reached an agreement before the weigh-in about the weight issue, and that the commission wasn’t involved in Benavidez’s decision to forego a second weigh-in attempt. The decision about whether a fighter can make a second weigh-in attempt is evaluated on a case-by-case scenario, Mazzulli adds, and there’s no hard and fast rule on when a fighter has too much weight to lose.

“I’m very disappointed losing the title on the scale, but I still have a job to do tomorrow,” said Benavidez (22-0, 19 KOs) on the Showtime weigh-in stream.

“I put the blame on myself, the last three pounds wouldn’t come off. Not having the proper things I need, maybe sauna. I was only able to go to the gym for an hour a day here since I got here.”

Benavidez had previously lost the same belt after testing positive for cocaine in 2018, before regaining it in his previous fight against Anthony Dirrell.

There were no scale issues in the other featured fights. 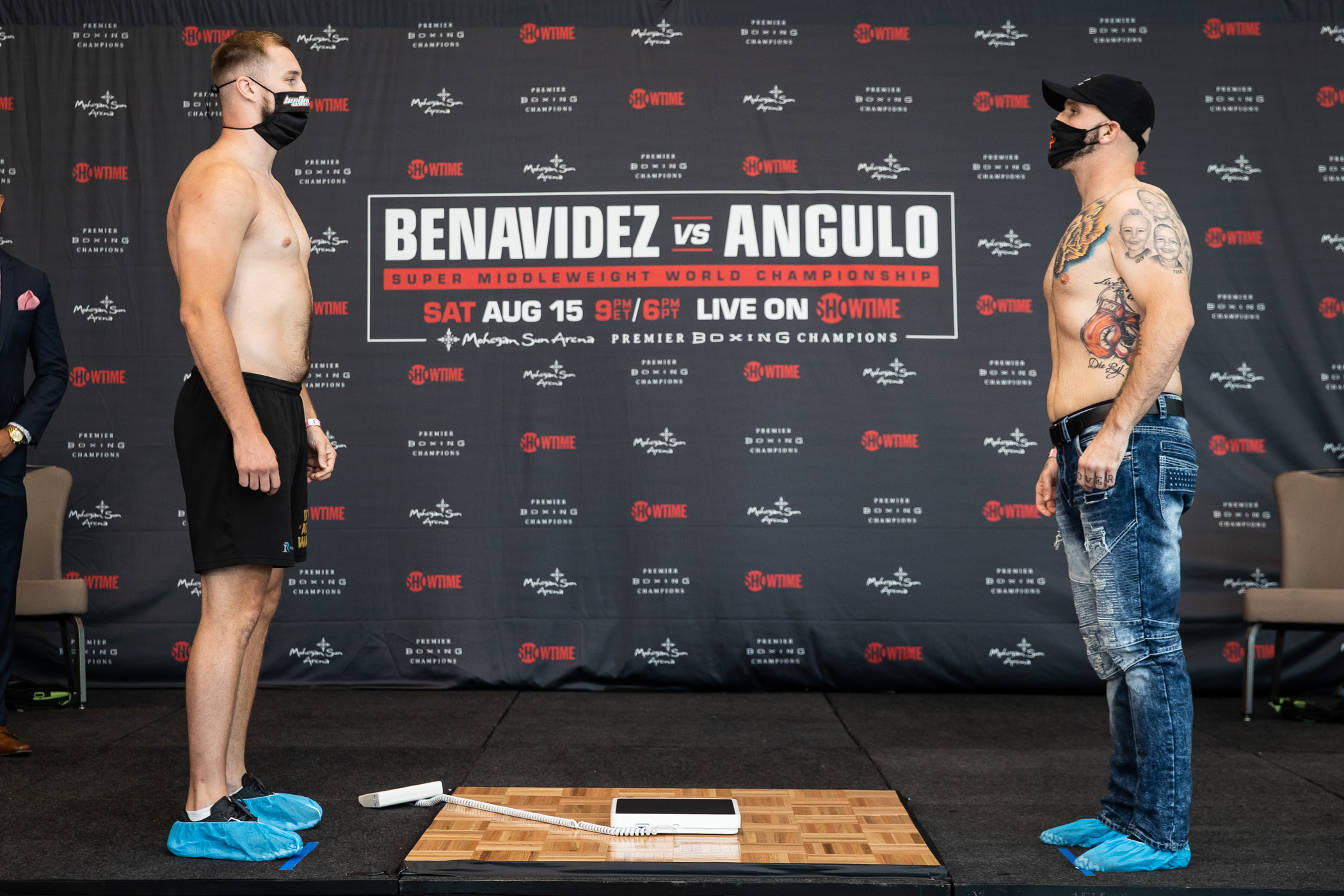