Jamel Herring vs. Jonathan Oquendo to be rescheduled once again for Sept. 5 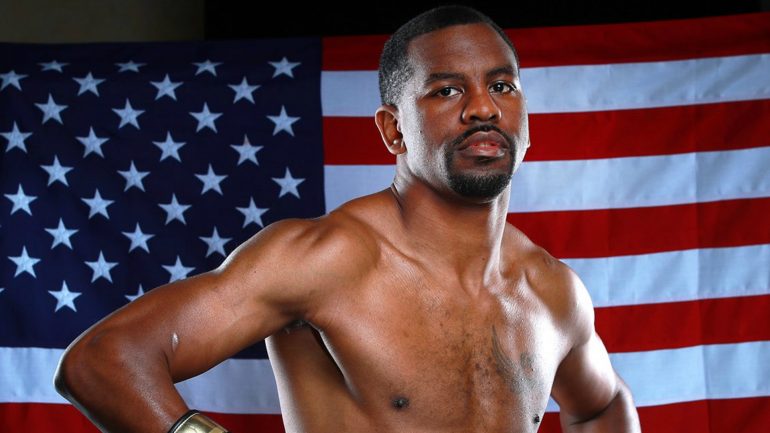 Jamel Herring hopes the third time is the charm a scheduled fight against Jonathan Oquendo will finally take place.

Herring will defend his WBO junior lightweight title against Oquendo on September 5, Top Rank chairman Bob Arum announced Wednesday. The 12-round bout will take place at the MGM Grand Conference Center in Las Vegas, Nevada and will air live on an ESPN platform.

The clash between Herring and Oquendo has been postponed twice before, both due to Herring testing positive for the Coronavirus. The fight was first scheduled to take place on July 2, also in Las Vegas where Top Rank has promoted show since the COVID-19 pandemic began.

The fight was then rescheduled for July 14. According to an interview with ESPN’s Steve Kim, Herring was tested prior to the fight in Omaha, Nebraska, where he trains, producing a negative result. Herring entered ‘The Bubble’ at the MGM Grand Conference Center Sunday before the fight, was tested that evening, and was notified he tested positive the next day.

“I feel great, I had the best (weight) cut ever. I was actually on weight days ago,” said Herring.

Herring (21-2, 10 knockouts) has not fought since November 9, defeating Lamont Roach by unanimous decision in his first defense of the WBO title.

Should he defeat Oquendo on September 5, plans are in place for Herring to defend the title against Carl Frampton (27-2, 15 KOs), who will be fighting late-sub Darren Traynor (16-3, 7 KOs) Saturday night in London, England.

“Jamel Herring will defend his title against Oquendo on September 5,” Arum told a group of reporters through a Zoom meeting Wednesday. “If Jamel is successful and if Carl Frampton is successful (against Traynor) on Saturday, I have a date picked out in November when they’ll fight for the title. That’s done. Everyone’s on board.”

A source told The Ring Wednesday that date is November 14.

Oquendo (31-6, 19 KOs), who resides in Vega Alta, Puerto Rico, last fought on November 14, defeating Charles Huerta by unanimous decision. In his previous fight on May 4 of last year, Oquendo lost a close unanimous decision to Roach in a fight many reporters at ringside thought Oquendo did enough to win.