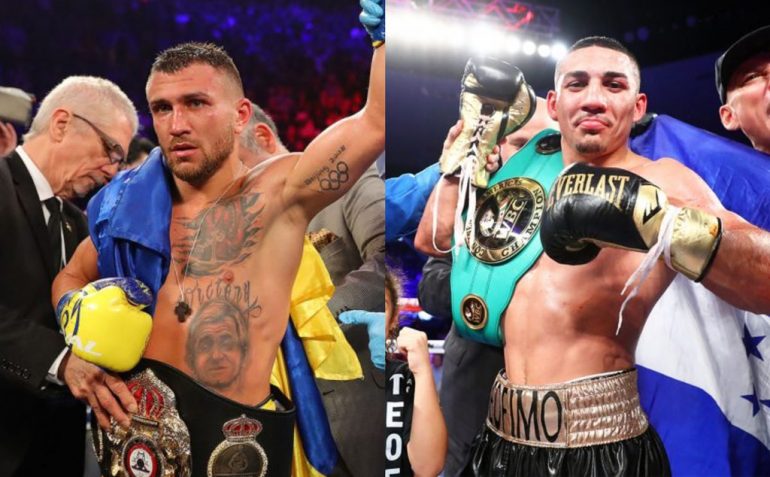 Finally we have a superfight.

The Ring Magazine, WBA and WBO lightweight titleholder Vasiliy Lomachenko will put his hardware on the line against IBF counterpart Teofimo Lopez inside the bubble at the MGM Grand in Las Vegas on either October 17 or October 24. The bout will be broadcast by ESPN, presumably on the network as opposed to pay-per-view.

The story was originally broken by Mike Coppinger of The Athletic, and both sides agreed terms on Wednesday.

Lopez (15-0, 12 knockouts) annexed the IBF belt with a stunning second-round stoppage of the hard-hitting Richard Commey in December. The gifted 23-year-old has had crossed hairs locked on Lomachenko for some time, and many insiders believe that he will provide the pound-for-pound star with the most arduous test of his championship career.

Lomachenko, a three-weight world titleholder, is coming off a dominant 12-round unanimous decision win over Luke Campbell last August. That triumph saw the uber-talented Ukrainian add the WBC belt to his collection.

Given that Lomachenko (14-1, 10 KOs) was later upgraded from WBC titleholder to “Franchise Champion” by that organization, the Lopez matchup is essentially a de facto undisputed lightweight championship bout. The last fighter to hold complete supremacy in the 135-pound division was the late, great Pernell Whitaker in the early-1990s.