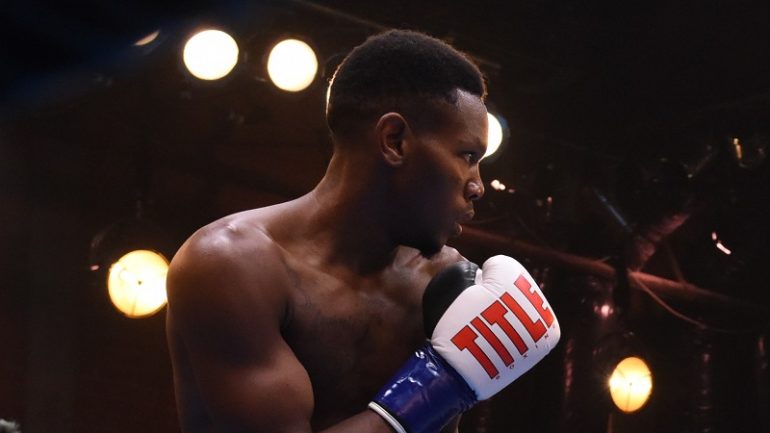 Walker takes on the Uzbek magician on August 15 in a DAZN-streamed bout on the streets of Tulsa, Oklahoma.

“I got an offer from my promoter Lou DiBella for this fight against Madrimov and I accepted,” Walker said. “I’ve been training with (former welterweight titlist) Shawn Porter because he and Madrimov fight alike to me. They have the same style; they press a lot.”

However when asked about his preparation for the fight, Walker implied that his strategy would be reminiscent of on-the-job training.

“There’s no way I can prepare (properly) for this because this is a short-notice fight,” he explained. “It’s all about adjusting to what takes place in the ring and having the mind, the conditioning and good footwork to get around everything.”

Madrimov has gotten around all five of his opponents with ease, scoring knockouts in every fight.

As an amateur, Madrimov won a silver medal in the welterweight division at the 2014 Asian Games and a gold medal at 160 pounds at the 2018 event.

But Walker believes he has what it takes to hand Madrimov his first loss.

“It’s about adjusting,” he added. “Madrimov fights off angles. I have good angles, footwork, speed and I have great length. I’m about using my skills and adjusting to his mistakes.”

Coming into the fight, Walker will have a 4 1⁄2-inch reach advantage over Madrimov but admitted that might not help him at all.

“My job is to use everything to my advantage,” Walker continued. “I don’t know what may take place in the ring. I may have to get up in there and bang with him, you know?

“I’m not saying my outside reach will be my advantage. Just because I’m tall, that doesn’t mean it’s going to work. I have a gameplan but I also have a plan B and that is to trade with him on the inside. I’ll try to keep him away as long as I can.”

Walker (20-2, 9 knockouts), who has won three straight fights since losing a majority decision to Brandon Adams, is nicknamed “The Baby-Faced Assassin.”

Is the 37-year-old expecting a war?

“It might be [a war],” he laughed. “I mean, we are fighting on the streets. So it’s going to be old-school but it’s professional. I think it’ll be unique for the fans watching on DAZN.”