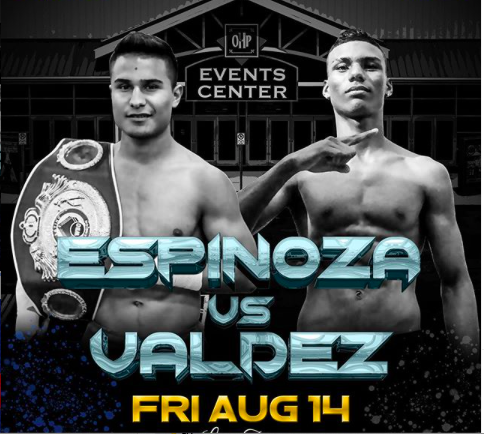 Ricardo Espinoza believes he can contend for a world title belt at 122 pounds. Brandon Valdes wants to put forth a breakthrough performance. 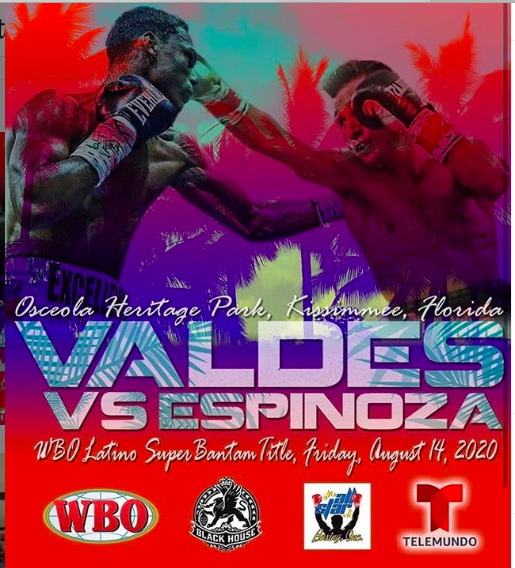 The Espinoza-Valdes fight, which will have no fans in attendance, will commence the ‘Boxeo Telemundo’ summer series. All Star Boxing had to postpone their spring series in May due to the COVID-19 pandemic.

All Star Boxing promoter Tuto Zabala was originally scheduled to promote cards in Florida, where he is based, after governor Ron DeSantis ruled the WWE as an essential service in April, allowing the sports entertainment giant to air live events without an audience at its performance center in nearby Orlando. UFC also promoted three fight cards in Jacksonville in May.

The ruling also gave the green light to boxing to take place in the state, but after speaking with officials and the state boxing commission, Zabala decided to postpone the entire season in May. In place of what would have been live action on the Spanish-language network, Telemundo aired fights from their library during the 90-minute telecasts, including memorable action fights and those with Canelo Alvarez as a prospect.

Zabala believes the Espinoza-Valdes fight will be a great way for boxing to return to Telemundo since their last telecast in Mexico City on March 13.

“I think it’s a very good fight to start up ‘Boxeo Telemundo,” Zabala told The Ring Monday. “Valdes is an undefeated fighter, young and with a good team with (manager) Cesar (Garcia) and (trainer) Manny (Robles). Pedro Moran (who trains Espinoza) is very young, but has the experience of having (been in the corner for title fights).”

“We are very happy with the fight and are appreciative with everyone involved and that we can return to promoting our series.”

Zabala also announced Monday that he has partnered with New York Laboratories to ensure all COVID-19 protocols at the venue are met at the weigh-in and on the night of the fight.

Espinoza (21 knockouts in 24 wins; below) last fought on December 13 in his hometown of Tijuana, Mexico, knocking out Andres Garcia Guzman in the opening round. 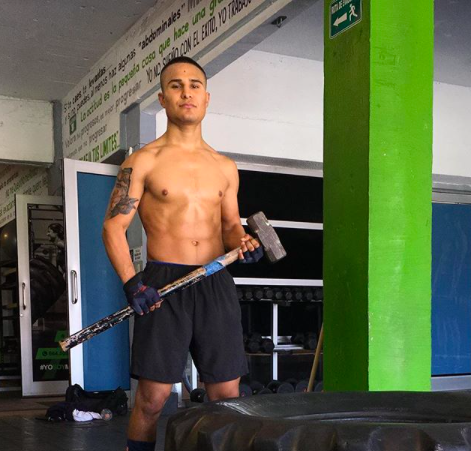 Can Espinoza drop a hammer on Valdes Friday evening? (Photo from Espinoza IG)

The fight took place almost eight months after his hard-fought battle against John Riel Casimero, where he lost by knockout in the final round.

Casimero would beat Cesar Ramirez, then go on to knock out Zolani Tete to win the WBO bantamweight title.

The 21-year-old Valdes (seven KOs in his 13 wins; pictured below) was born and raised in Barranquilla, Colombia and now trains in the Los Angeles area. 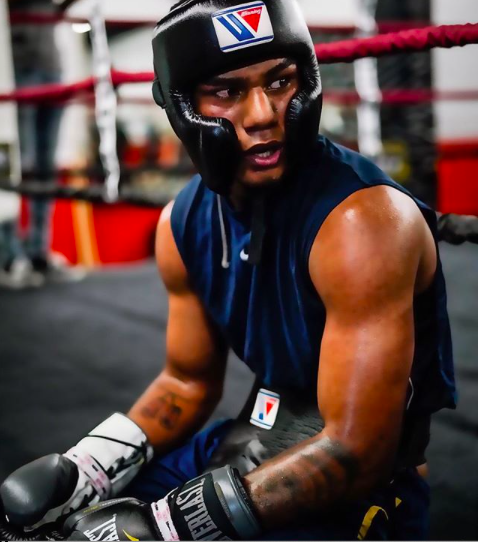 Valdes hasn’t experienced the feeling of losing as a pro. Is this his stiffest test to date? Time tells, we see on Friday. (Picture off Valdes IG)

He defeated former contender Jesus Martinez by unanimous decision in his last bout on August 24, 2019.

Readers, who wins and how, let us know in the comments section.