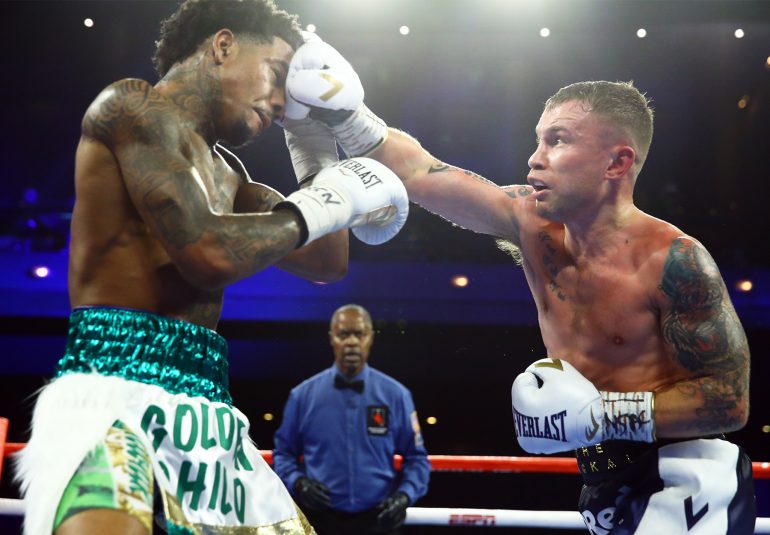 It never rains but it pours.

Former two-weight world titleholder Carl Frampton knows all about misfortune. Just over a year ago the Belfast star was relaxing in a Philadelphia hotel lobby after wrapping up hard training for a fight against Emanuel Dominguez. Suddenly a huge ornament toppled over and landed on his left hand, breaking it and, as a result, cancelling his fight indefinitely. Fans from across the pond had already arrived, Frampton had sacrificed time and money – it was a nightmare.

So what’s the latest?

Well, over the weekend it emerged that Frampton’s original foe for Saturday night, Varham Vardanyan, would not be arriving on U.K. soil. The upside is that a replacement, Darren Traynor from Aberdeen, Scotland, has stepped in to fill the void, but it was yet more upheaval for the fighter known as “The Jackal.”

“If I didn’t have bad luck, I’d have no luck at all,” Frampton told The Ring recently. “Vardanyan couldn’t get a visa, but luckily MTK envisioned that something like this might happen, so they had Traynor as back up.

“It’s a stay-busy fight and I expect to deal with him. I’m not going to blow it up and tell you about the kid being heavier than me and all that kind of stuff. I should be filling him in and that’s the end of it.”

As Frampton indicated, Traynor is naturally bigger – a lightweight, who has also claimed a fringe domestic title at 140 pounds. The Vardanyan bout was due to take place at 130, the weight at which Frampton successfully campaigned at for the first time when he whitewashed Tyler McCreary in Las Vegas at the end of last year.

“I was happy enough with that performance,” said Frampton, who didn’t escape adversity that night either. “I went into the fight with a broken left hand and came out with a broken right hand. Any time I put a barrage of punches together I had to take a step back because I was in pain. I would have got rid of that guy, but I won every round, controlled the fight and I was happy under the circumstances.

“It’ll be more of the same in this next fight against Darren Traynor. I always want to look good; you never want to look like shit, especially against a late-notice opponent. I’ll put a bit of pressure on myself because I want to prove that I still belong in this game. I can feed off the pressure, and I’m also a bit frustrated with everything that’s happened and I can use that to my advantage.” 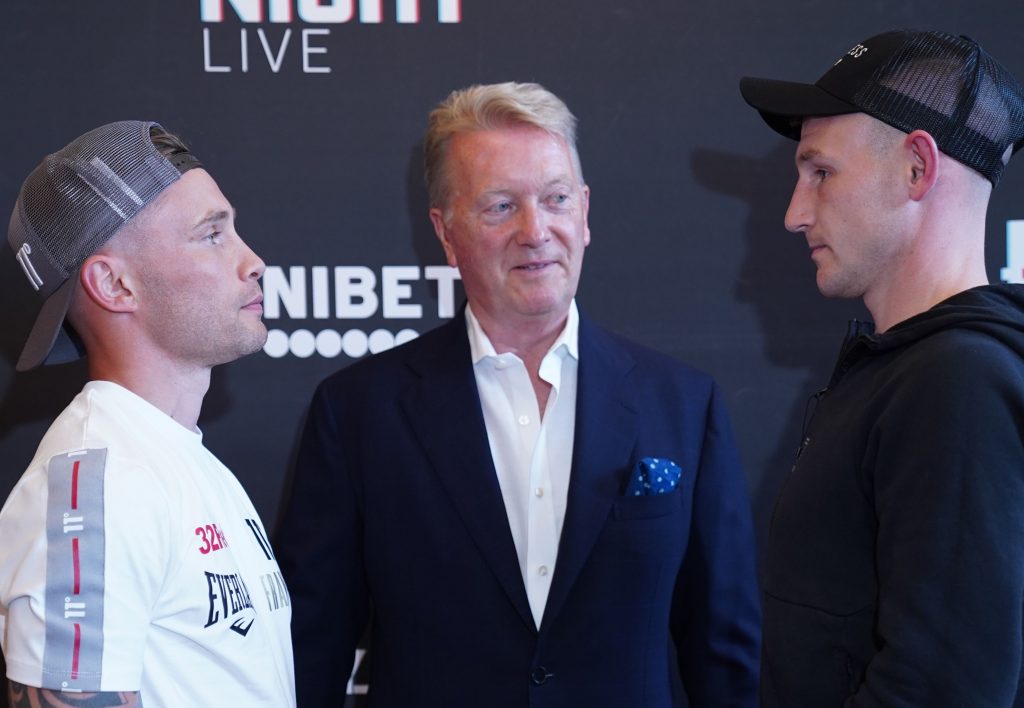 “I feel okay,” said Frampton. “The change of opponent obviously wasn’t ideal, but I’m relaxed and I’m confident. We had the date and that’s what I’d trained for. All the hard training is done.

“I was also absolutely delighted with my last spar. I sparred a kid called Reece Mould and it was probably the best I’ve sparred for a number of years. My feet, my jab… without blowing smoke up my own arse, I was fucking brilliant (laughs). No, I feel like I’m rolling back the years, and if I can perform like I did in that last spar I’ll be over the moon.”

The plan is for Frampton to dispose of Traynor before targeting WBO junior lightweight titleholder Jamel Herring later this year.

Herring, who is rated No. 3 by The Ring at 130 pounds, is also well-acquainted with tough times. A brace of scheduled dates against Jonathan Oquendo fell through in July and August when Herring twice tested positive for the COVID-19 virus. The pair finally meet on September 5.

“Yeah, I feel genuinely sorry for the guy,” said Frampton in earnest. “For several months they’ve been linking me and Jamel together, and you would be hard-stretched to find two unluckier boxers than us. It’s shit, it’s just shit, but it’s got to change at some point. Jamel will be saying the same (laughs), but seriously, I know what it’s like to be away from your family, spending money on training camps, then fights don’t come off.

“We have a mutual respect for each other and he seems like a nice guy. I’ve never been one to get involved in the bullshit and the trash talk. We’ll both be at our best when the fight happens. I know I will be because I have this dream of becoming a three-weight world champion. It’ll be a top quality fight, but there will always be mutual respect between me and Jamel.”

Frampton harbors hopes that the Herring fight will take place before a live crowd and also believes that it will now take place Stateside, not Belfast as originally planned.