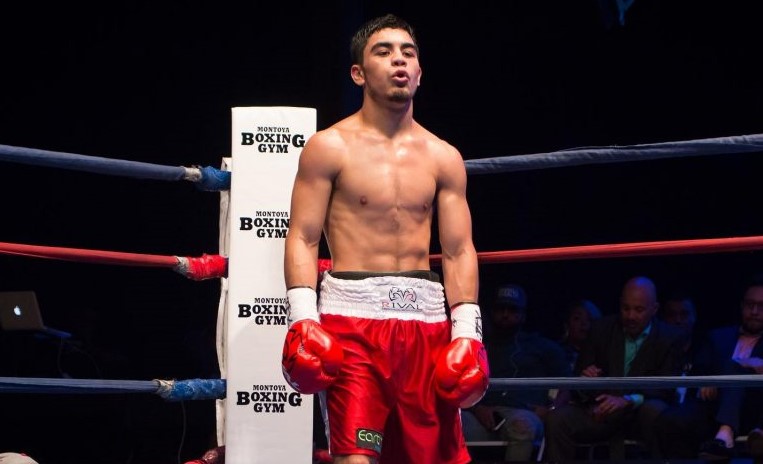 For the fifth straight time, Vazquez has lost out on a fight. If there is any silver lining, at least a global pandemic was not to blame this time around.

Four previous bouts were cancelled after his opponents each tested positive for COVID-19.

This time the undefeated Vazquez (7-0, 1 knockout) was slated to take on Irvin Gonzalez (14-2, 11 KOs) in a scheduled eight-round contest on the undercard of the Mike Tyson-Roy Jones Jr. exhibition event on September 12 at Dignity Health Sports Park in Carson, California.

But the 24-year-old caught wind on Sunday that the event was postponed until November 28th.

“Damn it!” Vazquez reacted to the news. “This is fucking crazy – that’s five fights in a row.”

But despite his recent string of adversity, Vazquez still found a way to smile.

“But hey, at least it’s postponed this time,” he laughed. “That gives me some sort of hope, but at the same time, fuck, I can’t catch a break. I have no control over this. I’m just glad that I love what I do. I’m going right back to the gym and training.

“Hopefully I can land a fight before then because I don’t want to wait until November. That would be a damn year inactive because of COVID and whatever happened here. Someone has to want this smoke, whether it be Top Rank, Golden Boy, PBC, or any of the other major promoters.”

When asked if it has been difficult on his body to prepare for multiple fights only for them to come apart at the seams, he told The Ring that his full-time job requires him to be in the best condition.

“Staying in shape is never a problem for me because I’m a full-time boxing personal trainer,” Vazquez stated. “I’m in the gym 24/7 anyway, so all of this is basically a minor annoyance. Regardless, I’m happy to be where I am at.”

Vazquez, who is based in Fort Worth, Texas, is coming off his first stoppage as a professional; a third-round KO of Alejandro Moreno last November in a home state win.