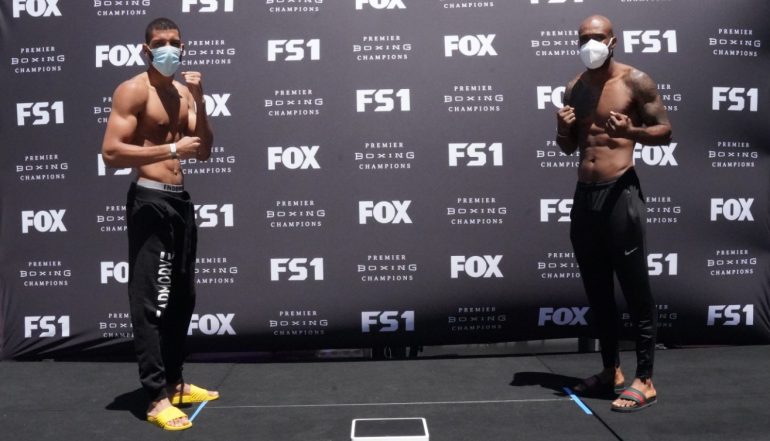 David Morrell went the distance for the first time in his young professional career, defeating veteran Lennox Allen by unanimous decision. The judges scored it 118-110, 119-109 and 120-108 for Morrell, who improves to 3-0 (2 knockouts).

The battle of southpaws served as the TV opener for a PBC on Fox broadcast from the Microsoft Theater in Los Angeles, marking the return of Premier Boxing Champions on Fox since the global COVID-19 outbreak.

Before turning pro last August at 21-years-old, Morrell had more than 130 wins against only two losses as an amateur. Allen (22-1-1, 14 KOs), a native of Guyana who now fights out of Brooklyn, fought hard but was a step behind throughout. The 35-year-old veteran simply had no answers for his younger and more talented opponent from Cuba.

From the outset, the younger Morrell beat Allen to the punch. The Cuban, who now fights out of Minneapolis, looked poised and mature beyond his years. CompuBox punch numbers told the story, as Morrell connected on 207 total punches to only 90 for Allen, out-landing him in every round.

Although he’s only been a professional prize fighter for one year, Morrell is a blue-chip prospect in the talented super middleweight division. Titleholders Caleb Plant and David Benavidez also fight in the PBC universe, meaning, should things continue to progress, a future showdown with either of them should be easy to put together.

PBC on Fox did something a little different with their “bubble” broadcast from downtown LA, playing stock “crowd noise” in the background.