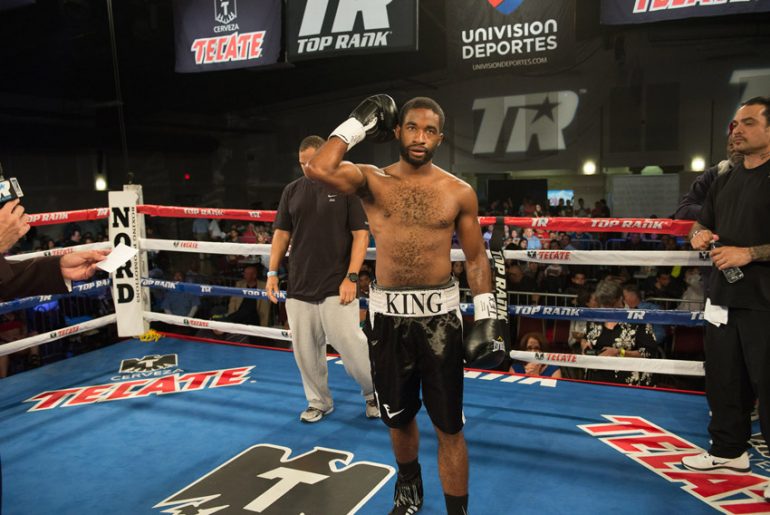 For the fourth time in his last six fights, Brad Solomon will face an up-and-coming undefeated prospect.

On August 28 at the Fantasy Springs Resort Casino in Indio, California, the 37-year-old will take on Rashidi Ellis (22-0, 14 knockouts) on a Golden Boy-promoted card.

Some would be potentially apprehensive at being thrown into the ring against all of the hot upstarts, but for Solomon, his stout-heartedness and determination was fostered by the prison system.

“When I was 17, I got sentenced to eight years in prison for selling drugs,” Solomon told The Ring. “I joined the prison boxing team and I learned how to fight quick. I was fighting guys who had life sentences, guys who had nothing to lose. Those dudes were the toughest guys to fight, and I still beat them.”

After his release from prison, then-junior welterweight Solomon turned pro at the age of 24, outpointing Miguel Alfaro over four rounds in Atlanta.

“Look, if you know how to fight, age is nothing but a number,” he stated. “I  saw guys over the age of 40 fighting in prison and winning titles. I even saw a 50-year-old guy fighting in there.” 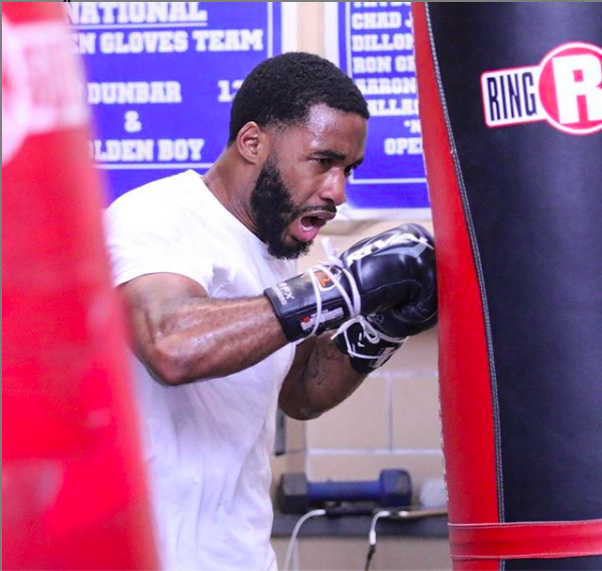 Solomon is 37, and this is the third straight tough out he’s in with. An upset win would really help him curtail this trend.

Prior to becoming a two-division titlist, including winning The Ring 175-pound world championship, Dwight Muhammad Qawi was convicted of armed robbery and sentenced to five years in Rahway State Prison, where he learned to box.

Other honorable mentions include Sonny Liston, who won The Ring heavyweight world title in July 1963 with a first-round knockout of Floyd Patterson and Bernard Hopkins, who served five years of an 18-year sentence before making a record 20 defenses of the middleweight title. He also won a world title at light heavyweight and is the oldest man in boxing history (49) to hold a world title.

Despite taking losses in three of his last five fights, the dream is still ongoing for Solomon, but he understands that Ellis could very well put a damper on those ambitions.

“Ellis has pressure on himself to perform and so do I,” he continued. “He’s a young, strong, and a very fast fighter, but I have to capitalize and put my name back into the mix with the likes of Terence Crawford, Shawn Porter, Keith Thurman – all the top guys out there, Errol Spence, too.”

“For my whole life, I have been beating the odds. On August 28, I’m going to give it my all against Ellis.”