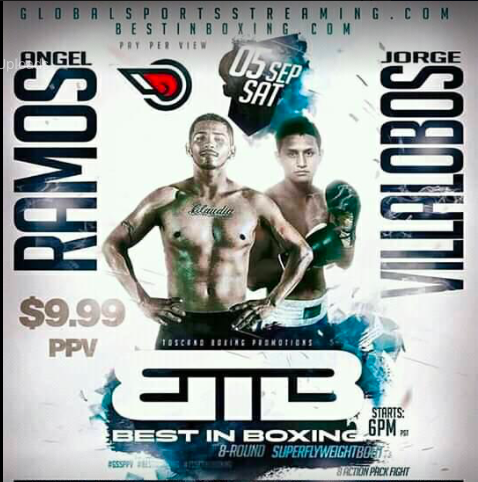 Ramos (24-1-2, 17 knockouts) knocked out Angel Guevara in round five of his last bout, on November 30 in his hometown of Ensenada, not far from Tijuana.

Villalobos (10-0-3, 6 KOs), who resides in the boxing hotbed of Guadalajara, Mexico, in his last outing on 12-20-19 defeated veteran Angel Martinez Castillo by unanimous decision.

The Ramos-Villalobos fight will headline a ‘Futuros Campeones II’ card. Along with the clash between Ramos and Villalobos, three more fights will also be streamed live. 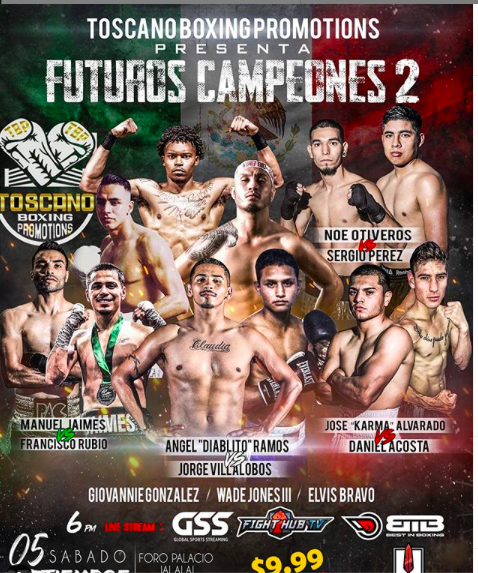 “I am very excited to be putting this event on,” said promoter Jorge Toscano. “This is an opportunity to do a few things all at once and that is to keep fighters busy, put them in competitive bouts, and introduce some stars of the future.  With Best In Boxing, we can showcase our fighters around the world and when you look at the matchups for September 5th, you can see how competitive and entertaining these fights will be.”

In the co-feature, lightweight Manuel Jaimes will square off against Francisco Rubio of Tijuana in a six-round bout.

Jaimes (9-0, 8 KOs), who resides in Stockton, California, battered Lorenzo Juarez in a clash of unbeaten fighters, forcing Juarez to remain on his stool after round three on June 26, in Tijuana.

Rounding out the pay-per-view stream will be a six-round lightweight bout between Giovannie Gonzalez (10-5, 8 KOs) of Stockton and Tijuana’s Brandon Cortez (5-0, 4 KOs).

Four fights will be streamed for free prior to the pay-per-view portion of the card on several platforms, including Fight Hub, Best in Boxing, and Abrams Boxing on YouTube, along with globalsportsstreaming.com and bestinboxing.com.

—Francisco A. Salazar has written for The Ring since October of 2013 and has covered boxing in Southern California and abroad since 2000. Francisco also covers boxing for the Ventura County (Calif.) Star newspaper. He can be reached by email at [email protected] or on Twitter at FSalazarBoxing