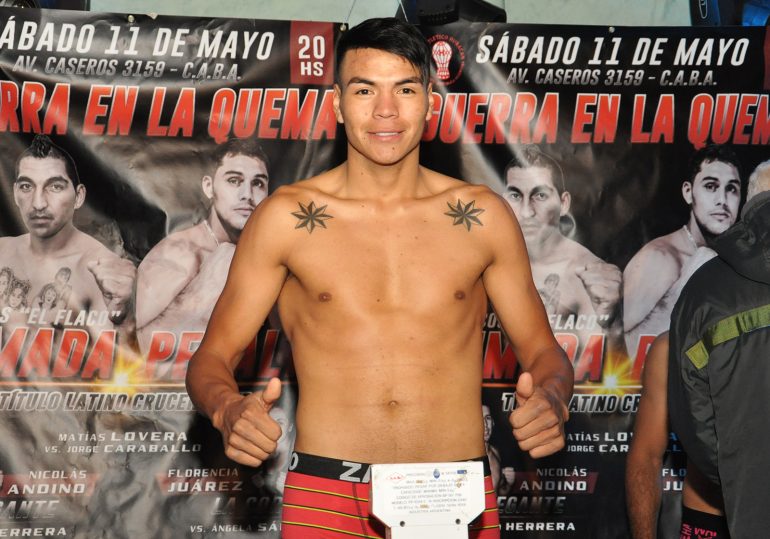 Best night of pro career and why: A career middleweight, Lovera opted to jump to super middleweight and stopped Juan Rizo Patrón in two rounds for the Argentinean national title last October.

“When the opportunity of the national belt came to me, I was thrilled,” Lovera told The Ring through Nicolas Samuilov of Argentina Boxing Promotions. “It was a dream come true. I had a very tough opponent in front of me with a good amateur background (who fought in the World Series of Boxing), a fighter known also for his power.

“He managed to land a few punches at the end of the first round. It was the first time I got firmly hit but I could take it. At first, we both tolerated the punches but, in the second round, he just couldn’t. The two knockdowns he had were really hard. And to finish a fight in that way, was the perfect ending.

“It was a good test to see where I was at. It was a good fight, which I won very well, and conquered my first title.”

Worst night of pro career and why: Lovera had to overcome an injury to edge Hernán Pérez by six-round majority decision in August 2018.

“I had a torn muscle near my left elbow that generated a lot of pain every time I wanted to do anything with that arm,” he explained. “From the first round onwards, I wasn’t able to punch or defend myself with it. I had to box in a different way. I had to use my right jab a lot and barely move my left. After the third round, I felt tied up. I couldn’t hit a thing and, for that reason I couldn’t get in the short distance. Although I managed to win, my performance was no good.

“That injury remained with me for some time. After I recovered, I felt it again before the next fight [against Jonathan Aguirre]. I fought anyway and won [by first round stoppage]. I recovered and during training, it happened again. Finally with the correct medical treatment, it disappeared.”

What’s next: Lovera had been scheduled to defend his national title against experienced Cristian Rios in Buenos Aires on April 18, only for the COVID-19 pandemic to derail that plan. 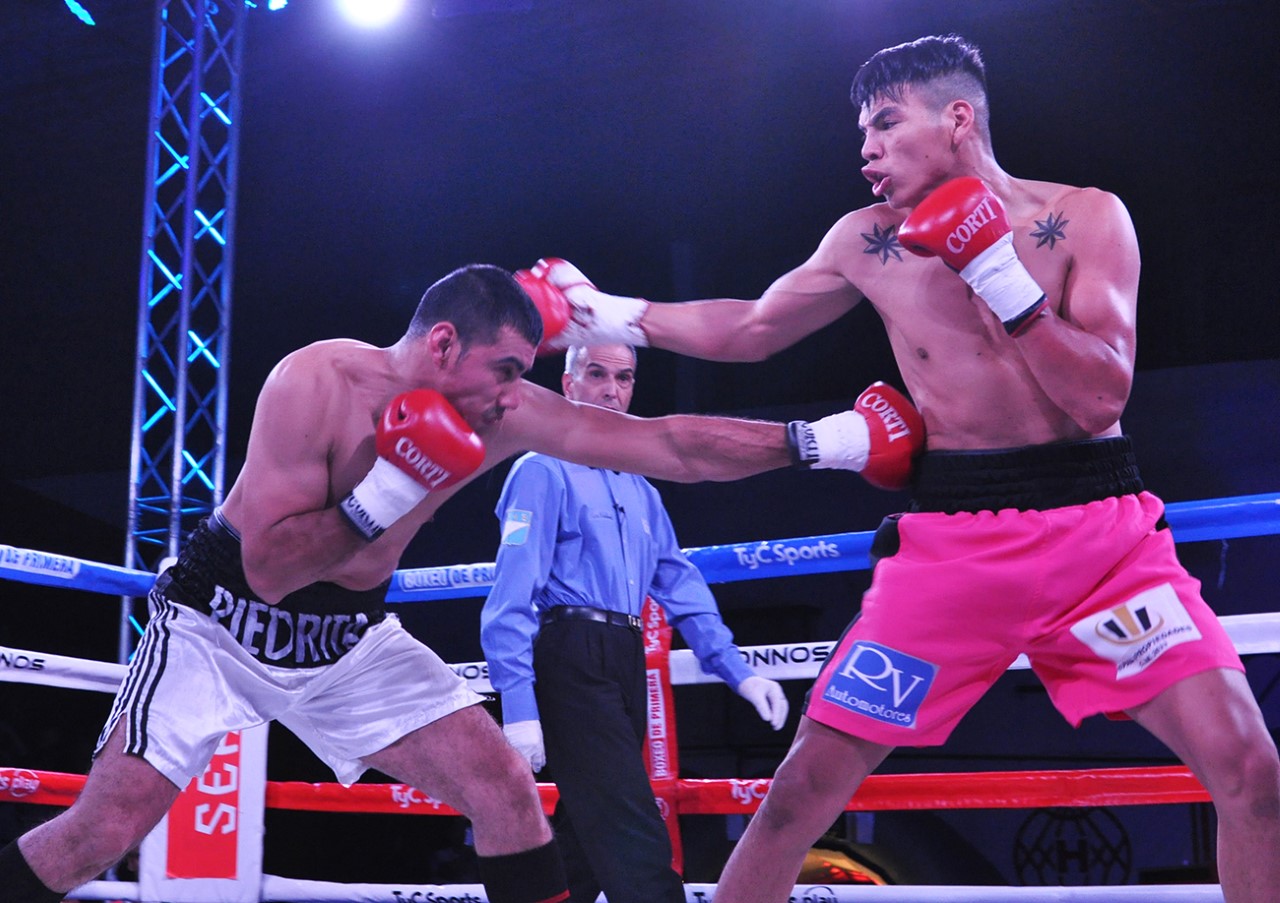 According to Samuilov, afterward they were going to attempt to move him into the American market.

“There were also other possibilities, such us fighting Uruguayan Amílcar Vidal Jr., in a highly expected clash,” said Samuilov. “Nevertheless plans still remain. He will take one fight at least in Argentina and then the idea is still to fight in the USA, if COVID-19 allows us to.”

Lovera is taking everything in stride, waiting for his return to action.

“I keep training for whatever comes up first,” said Lovera. “I had the fight in April and I dream of fighting in the USA or Europe but, for now, I know I have to continue training until the fights can be made. I want to fight the best.”

Why he’s a prospect: Lovera was a good amateur, domestically winning the “La Liga de Las Estrellas” (Star’s League) at 75 kilograms (165 pounds) and 81 kilograms (179 pounds). He beat everyone in and around Buenos Aires in those tournaments as well as other regional tournaments.

The 24-year-old southpaw appreciates that he is far from the finished article.

“I think I have a lot to keep learning and developing as a fighter,” he admitted, “but I consider myself a heavy puncher and an explosive boxer. I try to study the precise time to land a hard punch, those shots that generate real damage. I don’t throw so many punches until I know I can hit with power. And I try to do it fast and with effectiveness.”

Lovera portrayed legendary former middleweight champion Carlos Monzon in a TV series of the same name that was televised to the whole continent in 2019.

Lovera, who bears a striking resemblance to Monzon, played a young Monzon in almost every boxing-related scene. Actor Mauricio Paniagua played other scenes and was used for the speaking parts. 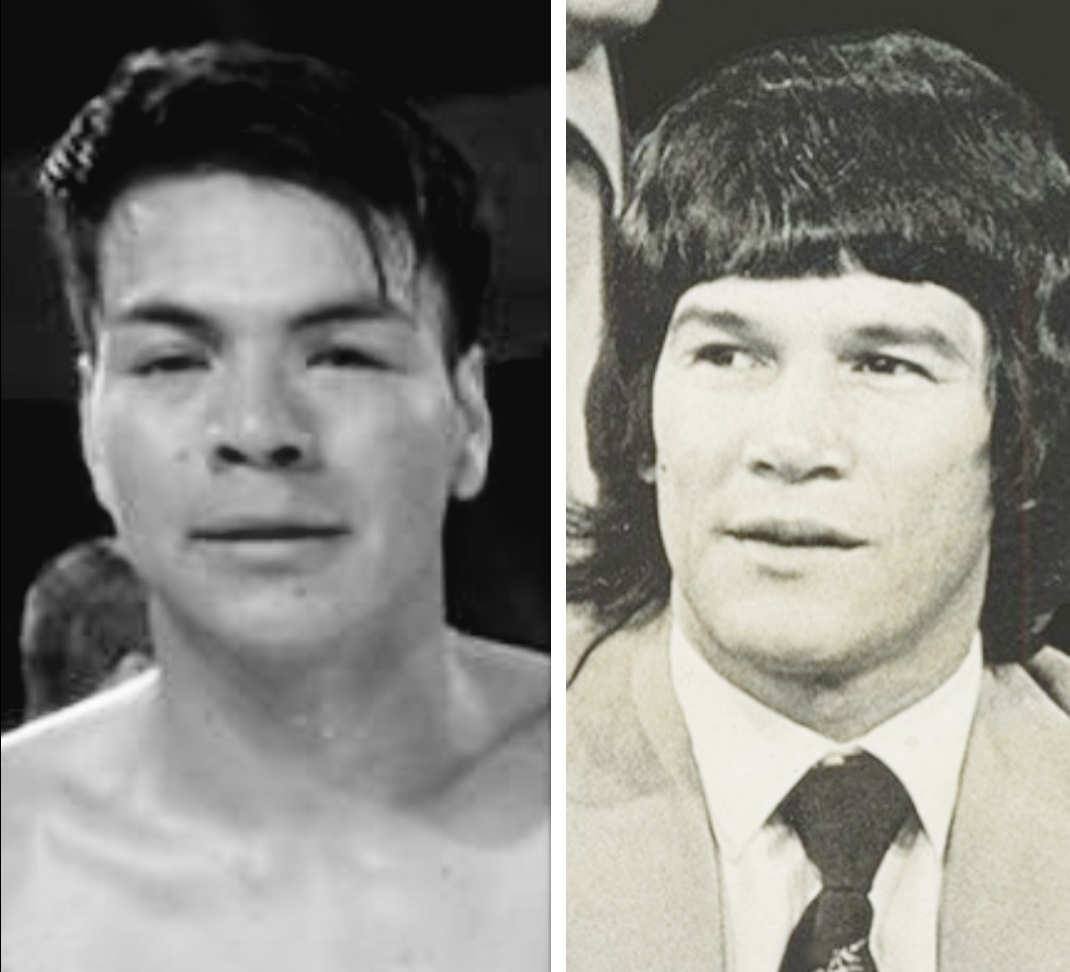 “My coach Fabián was told about the casting,” he explained. “He sent some photos and information, just to see what would happen. They called us one day and made an appointment. The following day, I had to show up on the set to start filming. It was great.

“I never imagined myself acting but, to be honest, when I was younger, I didn’t imagine myself boxing. On the set, everything went wonderful. The people there were very kind to me and it was a lot of fun. I had no idea I could enjoy it so much.

“Of course, I saw the whole show and I laughed in front of the TV when I saw myself. My whole family and friends laughed. They made it so good that nobody knows it’s me there. It was a wonderful experience.” 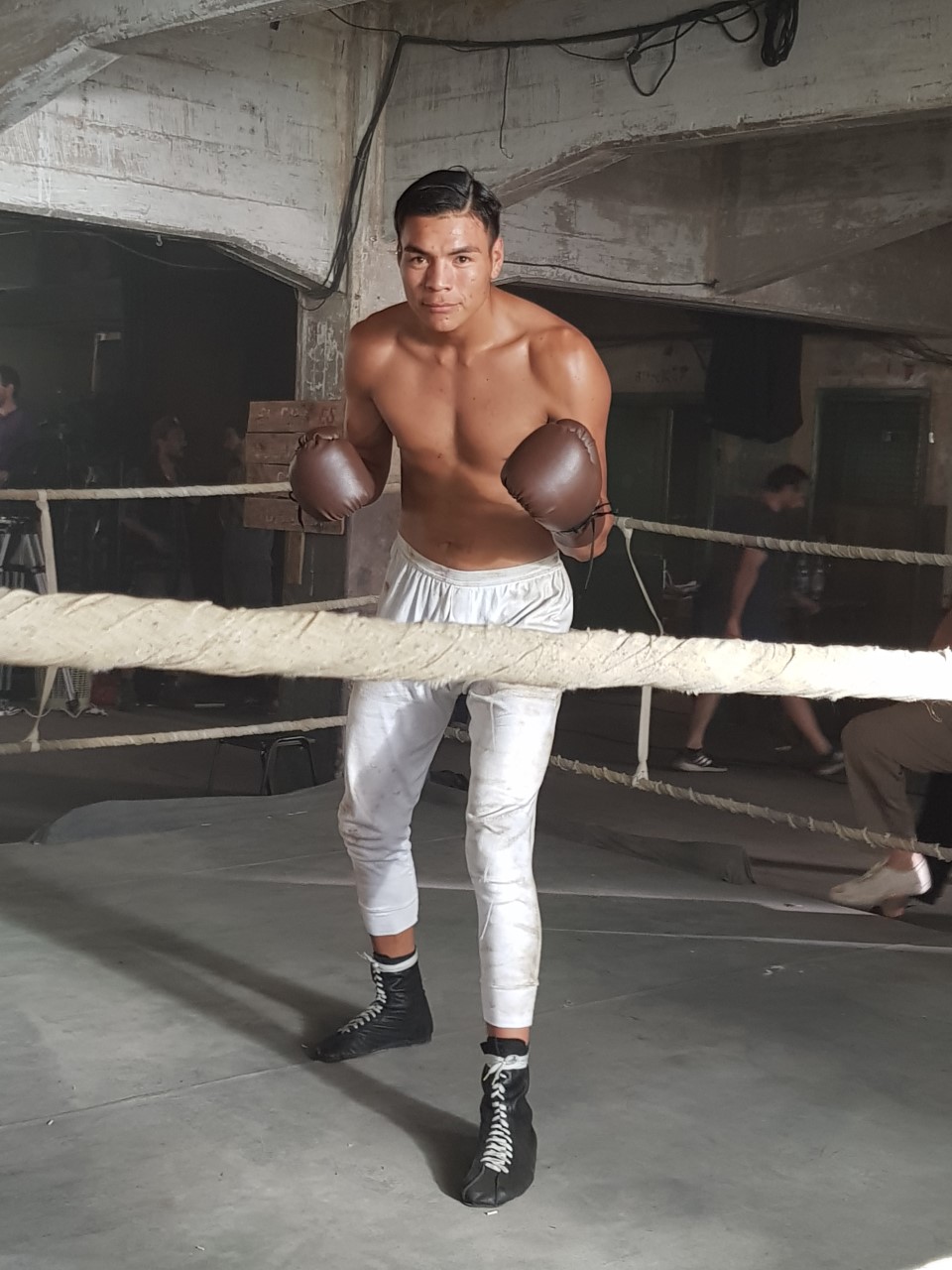 His manager/promoter Mario Margossian believes his fighter has a very high ceiling and also draws comparisons to Monzon.

“I have every hope for [Lovera],” said the veteran promoter. “He has everything it takes and more to become a world champion. He can be more than just a champion, a star. We will have a great world champion. This is what Argentina is waiting for. He is the man.

“His nickname ‘Monzón’ says everything about him. Not only in his resemblance, also the way he fights, the way he is, the way he was brought up, everything. I keep hearing tons of people saying he is his reincarnation.

“We are now waiting for an International proposal for [Lovera]. He has no opponents in the country and in the region. He even had to fight in higher divisions just to keep busy. But now, nobody wants to face him, not even in higher divisions.

“He is aggressive, lethal and has tremendous future ahead of him. But above all, he is a great kid and he is a son to me.”

If Lovera goes on to become even half the fighter his countryman was, then he’ll enjoy a fine career.

Why he’s a suspect: Fewer than 50 amateur fights and no significant international experience mean Lovera is still very much a work in progress.

Lots of hard sparring in the notoriously tough Argentinean gyms have hardened Lovera but he is still a big fish in a small pond.

Lovera, who has boxed just 35 professional rounds, knows he must continue to improve across the board.

“You never stop learning,” he said, “but at this point, I have to throw more jabs. I don’t do it as much as I should. Also I still have to keep improving my leg movements and my defense. Sometimes I receive some unnecessary punches, maybe for not having my arms properly in position. Maybe it’s because I have never been hurt but I have to watch myself. Opponents will hit harder and my defense has to be ready.”

Storylines: Lovera was born in the small city of Goya, in the north of Argentina. He is the second eldest of seven children. His father was a field worker and his mother looked after the children.

“It was a humble growing up with nothing fancy but with nothing essential missing,” he explained. “If my father had no money, he just sold a cow and we had enough to cope with it. He had some cows, so we always had food to eat.”

When he was 10 years old he moved to live with his aunt in San Miguel, on the outskirts of Buenos Aires. Lovera completed school at 17 and worked odd jobs, cutting grass and things of that nature to make ends meet.

He later worked for Edenor (one of the biggest distributors of energy in the country) installing electric systems, streetlights, transformers and cables.

When Lovera was 19, his cousin wanted to start going to the boxing gym.

“I went with him to a gym nearby called La Estación, in San Miguel,” he said. “My cousin was into it. He immediately paid the fee and started. I just stayed there, sat down and watched.

“A few minutes later a man (Fabián Ramírez, who became his coach) came out and said: “What about you, Monzón? Aren’t you going to train?” I thought he was talking to someone else. I didn’t have training clothes on and was wearing working shoes. He insisted, “I am talking to you. Are you going to train, Monzón?” So that was it. I got up and started. Even with my working shoes, I started running and training that same day.

“Before that, I must confess, I knew nothing about boxing. Nothing at all. I didn’t watch boxing on TV and didn’t know a thing about boxers. After only a few days, I already loved it. I enjoyed everything about it and still do. It changed my life.”

Lovera worked hard on practicing different techniques and hitting the heavy bag and quickly was allowed to spar.

“Only three months after entering the gym, I got my amateur license,” he said. “Less than two months after it, I had my first amateur fight. All in less than five months.”

He dedicated himself exclusively to boxing when he was 22 and stopped working for Edenor.

“A mixture of both would be the perfect fighter, in my opinion,” he said. “I always watch videos of them and I try to learn things from both. Of course, I have to keep learning a lot.”

Lovera has a girlfriend of two years and a four year daughter from a previous relationship. He enjoys watching old fights and playing PlayStation.