Kerman Lejarraga: Tyrone Nurse is an experienced, hungry boxer that is coming to win 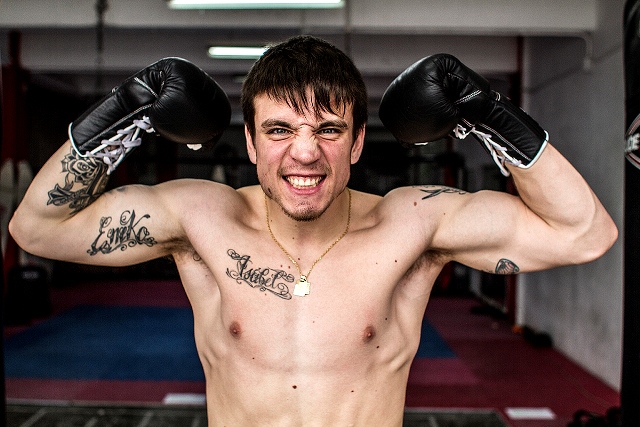 The rugged Spaniard appreciates that he’ll have to be weary of the Brit’s difficult style.

“Tyrone Nurse is an experienced, hungry boxer that is coming to win,” Lejarraga (30-2, 24 knockouts) told The Ring through promoter Inigo Herbosa of MGZ Promotions. “I’m very motivated about fighting such a great opponent.

“He is very slick, rangy and tricky, and you always have to respect a 45-fight veteran that has never been knocked out. He has frustrated most of his opponents with his awkward style.”

The 28-year-old from Bilbao was progressing nicely in the talent-laden 147-pound division but was shocked twice by David Avanesyan in 2019. The second reverse, a first-round stoppage, was particularly damaging, however, Lejarraga isn’t one to look back.

“I have always been strong-minded and hardworking,” he explained. “Those loses against Avanesyan showed me that there is still plenty to learn. Boxing is not an easy sport.”

Lejarraga bounced back with two wins at 154 pounds, but he isn’t ruling out a move back down to welterweight.

“I’m feeling great, I’m currently close to the division limit,” he said. “Taking care of my nutrition was one of the weak points I learned to improve after the Avanesyan fights. I’m more aware about the benefits of a good nutritional plan for an athlete.”

Lejarraga hasn’t been unduly affected by the coronavirus and has stayed busy at his farmhouse in the small village of Morga on the outskirts of Bilbao.

“I have been able to train and run during the pandemic on my land and in the mountains because restrictions were much more relaxed,” Lejarraga explained. “Fortunately, it did not affect my family and the situation is not worrying [here] anymore.”

Herbosa, of MGZ Promotions, is looking at options, but Team Lejarraga may have to wait for the biggest fights.

“We definitely want a shot at that EBU belt [which belongs to Sergio] Garcia,” said Herbosa. “Kerman could be mandated if he gets past Nurse, since Garcia has not faced a mandatory in his four European title fights. That would be a massive fight in Spain, but COVID-19 may prevent it from happening if restrictions apply.

“[A Sergio] Martinez fight was an idea when it came to the table, but it’s the exact same thing with big crowd restrictions. Both are interesting fights and that means good money for the boxers, so let’s see how the situation develops. There are other names on the table like Isaac Real, Aitor Nieto, Ceferino Rodriguez – they would be great domestic fights.

“There are many boxers in the U.K. that could engage in a good fight with Kerman, but most of them are linked to promoters that rarely send their boxers abroad. Maybe this situation changes it all or just the opposite. We have to adapt to these difficult times to keep boxers active and entertaining boxing fans – that’s our duty.”

Nurse (37-6-2, 7 KOs) turned professional in 2008. The Yorkshireman won his first 21 fights before tasting defeat for the first time in the Sky Sports Prizefighter tournament. After rebounding to collect various regional titles, Nurse enjoyed his crowning moment when he edged Chris Jenkins to become the British junior welterweight champion in 2015. He also beat Willie Limond (TKO 9) and Tommy Coyle (UD 12) in title defenses before being held to a draw by Joe Hughes. Nurse would eventually lose his title to Jack Catterall (UD 12), and the 30-year-old has had mixed success since moving up in weight.