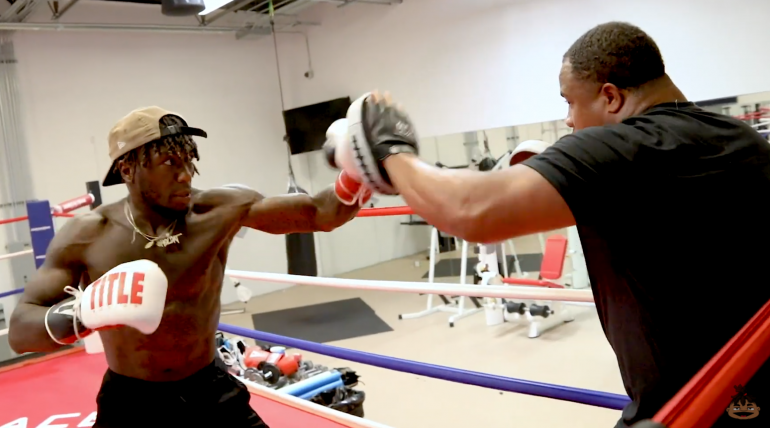 When Mike Tyson spoke about the “unwritten clause” that all fighters agree to when they enter the ring, that their life could irrevocably change, or even end, during a fight or training, he was reinforcing a reality that Nate Robinson has accepted.

The former NBA star had signed up to face controversial Youtuber Jake Paul in a six round pro bout on the undercard of Tyson’s pay-per-view exhibition against fellow boxing legend and quinquagenarian Roy Jones Jr at a venue to be announced in California. Though Robinson was one of the toughest players in the league pound for pound during his ten season career – just ask J.R. Smith and C.J. Watson – taking punches to the head can have serious consequences.

“I know what I’m getting myself into,” said the 36-year-old Robinson. “If this is how God has me dying, in the ring, however the case may be, so be it. I don’t make any regrets, I don’t have any, and I don’t plan on having any.”

The bout will be contested with ten ounce gloves and no headgear. Robinson says the weight is still to be decided, but will be between 180 and 190 pounds. Robinson says he walks around at 177 pounds, and isn’t too concerned with what weight the 6’1” Paul comes in at.

It takes a lot of self belief – the kind required for a 5’9” man to win three slam dunk titles in the land of giants – to switch over to a sport that’s outside of one’s comfort zone. It takes even greater confidence to do so as a Day 1 newcomer to the sport, having walked into a boxing gym just about two weeks ago.

Two months is more than enough time for an experienced pro to get ready for a fight, but that is cutting it pretty close for someone whose only prior boxing experience was putting on gloves in the backyard to throw fists with his brothers and friends as a kid growing up in Oakland and Seattle 20 years earlier.

While neither Jake Paul nor his older brother Logan can be mistaken for Pernell Whitaker, they do at least have experience with training for fights. Jake Paul made his pro debut in January on a DAZN card, stopping YouTuber turned hapless boxer Ali Eson Gib in two minutes to earn a BoxRec profile.

“I just got tired of seeing Jake Paul call out YouTubers that don’t know how to fight. He picks fights that he knows he can win,” said Robinson, who averaged 11 points and 3 assists per game as a point guard with the Knicks, Bulls and other teams. “So why not fight someone that’s about that action? Somebody that’s a warrior, a front-line type of guy?”

Robinson says he’s learned the correct form for how to throw punches and has done some sparring “here and there” in addition to conditioning work. One advantage Robinson does have is otherworldly athleticism, with a 43.5 inch vertical leap that is generated by a strong lower body.

“I didn’t know that boxing had similar steps to basketball and football, pivoting and moving certain ways. It’s gonna be fun to implement that in my fighting style, my fight swag,” said Robinson.

He’s trained by former pro Ron Johnson, and says he’s in the gym with WBC super middleweight titleholder David Benavidez and his father. Floyd Mayweather Jr. has reportedly called up Robinson and offered to open up his Las Vegas gym to train with him, and Terence Crawford is said to have made a similar offer.

Robinson and Paul have been jawing at one another since May, which makes this pairing slightly less confounding. Paul, as he’s become an expert at, has been promoting the fight with trash talk, hitting at the man who is 13 years his senior, calling him washed up and old.

“Whenever somebody’s talking shit about you, there’s always real beef. I don’t know what fake beef is,” said Robinson.

Robinson hopes enough interest is generated to earn him future opportunities in the ring. He wouldn’t be the first NBA player to do a late career change, though. Kendall Gill, who played for the New Jersey Nets, Charlotte Hornets and other teams during his distinguished career, fought briefly as a pro, going 4-0 (3 knockouts) as a cruiserweight and heavyweight in 2005 and 2010.

Who are some other players Robinson thinks would make good fighters?

“Probably Malik Rose, he had long arms, strong as an ox. Tony Allen, tough kid from Chicago, I believe that he would have been a hell of a boxer. You’ve all seen Jerry Stackhouse and what he did to Jeff Hornacek, he would have made a hell of a boxer. A guy that people probably don’t know is with the shit is Lindsey Hunter, I’ve heard a lot of stories about how people really didn’t fuck with Lindsey, he’s a dog,” said Robinson.

“In the new era, I would probably pick Patrick Beverley.”

Robinson hasn’t played in the NBA since 2016, and last played pro ball in 2018 in Lebanon. Getting another chance to play ball would be “awesome,” but he says boxing has his full attention for the time being.

“Right now I’m just focused on this boxing bout. Everything else is put it on the back burner,” said Robinson.