Mark Magsayo to make ring return on September 23 in LA 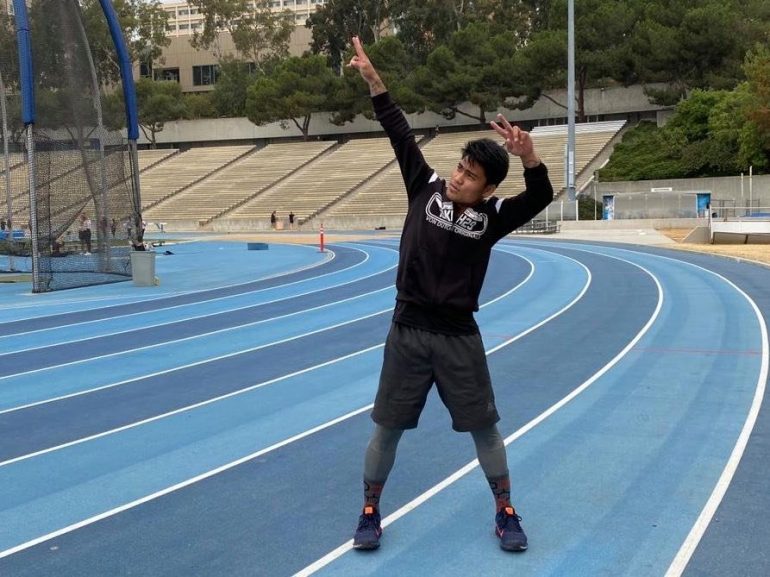 Magsayo at the UCLA track. Photo from Magsayo
01
Aug
by Ryan Songalia

Mark Magsayo will make his MP Promotions debut on September 23 on a Premier Boxing Champions on Fox card.

MP President Sean Gibbons tells The Ring that the unbeaten featherweight contender will face a “solid kid that will progress Mark right along,” and that the fight will be announced by PBC next week as part of their next round of fight announcements.

“Two or three fights and Mark is in a world title fight,” added Gibbons.

The fight will take place at the Microsoft Theater in Los Angeles, without fans in attendance. The expected opponent will be Jose Haro (15-1-1, 8 knockouts), as reported by PhilBoxing. Haro last fought in February, defeating Genardo Rodriguez on a card in Mexico. Prior to that, the 33-year-old Haro hadn’t fought in nearly three years, since his ill-fated with Daniel Franco, who fell into a coma after being knocked out in eight rounds. Franco recovered, but his career was effectively ended.

The 25-year-old Magsayo (20-0, 15 KOs) of Bohol province in the Philippines hasn’t fought since his unanimous decision win over Pungluang Sor Singyu last August in his home country. Magsayo is rated in the top 15 by all four major sanctioning bodies, with the IBF (no. 4) being the highest, and is rated no. 5 by The Ring at 126 pounds.

Magsayo had been training with Freddie Roach at the Wild Card Gym in Hollywood prior to Los Angeles county ordering gyms to be closed once again due to the coronavirus pandemic. There he sparred with much larger welterweights like Viktor Postol and Aram Amirkhanyan, plus junior featherweight Azat Hovhannisyan.

Instead, Magsayo is doing his training outdoors, working with conditioning coach Justin Fortune at outdoor facilities like UCLA’s track and public spaces like Pan Pacific Park and Griffith Park, which are popular running locations where Manny Pacquiao also does his roadwork.

An email to PBC spokesperson Tim Smith requesting comment was not immediately responded to.