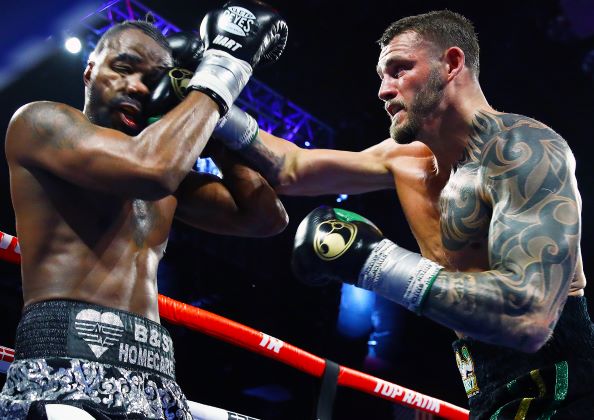 Eleider Alvarez and Joe Smith Jr. will meet in a WBO light heavyweight elimination bout on August 22 from Top Rank’s “bubble” at the MGM Grand in Las Vegas.

The bout will headline a Top Rank show on ESPN+, and comes a month after the promotional company’s summer series concluded.

Former WBO lightweight titleholder Alvarez (25-1, 13 knockouts) and Smith (25-3, 20 KOs) were originally scheduled to meet on July 16, but that fight was pushed back after Alvarez reportedly injured his shoulder.

Both Alvarez, 36, of Montreal by way of Colombia, and Smith, 30, of Long Island, are looking to extend their win streaks to two, and are hoping to regain lost momentum after their past moments of glory.

Alvarez had gained notoriety in 2018 for his surprise knockout of Sergey Kovalev, but lost a decision in a rematch the following year, as the Russian adjusted and boxed to victory.

“This fight is critical for both of our careers,” said Barrera, according to a press release. “I respect Joe Smith, who has proven to be an elite fighter. However, I have all the tools to beat him, and that’s what I intend to do. My goal is to become a two-time light heavyweight world champion.”

Smith had risen up from the New York club scene with an eighth round knockout in 2016 that sent Bernard Hopkins into retirement, but losses to Sullivan Barrera and Dmitry Bivol had slowed his momentum. Smith has since rebounded with a split decision win over Jesse Hart in January.

“This fight means everything to me,” Smith said. “It’s my path to a world title fight, and I know this is my second chance to turn my dream into reality. Alvarez is a former world champion, and in my mind, I am treating this as a world title fight. To get there, I have to, and will, win this fight.”