Joe George wasn’t about to pass up a fight date, even against someone he’d beaten before 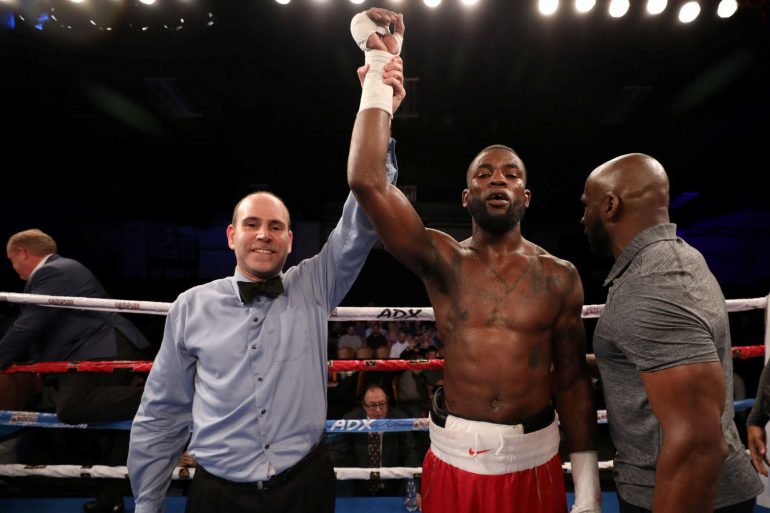 Light heavyweight Joseph George was not about to pass up an opportunity to fight on a significant platform, even if it is against a fighter he has already defeated.

Despite the familiarity with one another, George is confident he could utilize the same fight plan from their first fight and the result will be the same.

George will square off against Marcos Escudero of Argentina Saturday night at the Mohegan Sun Casino in Uncasville, Connecticut. The 10-round bout will open a Showtime telecast that will be headlined by the vacant WBO junior featherweight title between Angelo Leo and Tramaine Williams.

Both fights, along with the 12-round bout between junior featherweights Ra’eese Aleem and Marcus Bates, will air live on Showtime (9 p.m. ET/ 6 p.m. PT).

George (10-0, 6 knockouts), who resides in Houston, Texas, defeated Escudero by split decision in his last bout on November 15 in Sloan, Iowa on a ‘ShoBox’ card. The fight between the two light heavyweight prospects was close, but George insisted he did more than enough to pull out the victory.

“I knew the fight was close, but it looked that way because he threw more and was (more) active),” George told The Ring Tuesday afternoon. “If you look at the fight, he missed a lot of punches. When he did land, I was never hurt. I landed the more-effective punches throughout the fight. I was more accurate as well. Two of the judges saw what I did.”

Like most fighters, the 30-year-old had to alter and adapt different training regimens during the COVID-19 pandemic. Most gyms in the Houston area were closed for several weeks, forcing George to be creative.

“It was difficult finding sparring partners,” said George, who turned in March 2016. “I had to use who was available. There are not a lot of people in my weight class in the area, so I sparred everyone. The bigger guys hit harder, but the smaller guys were faster. In a way, it was good because I got different styles in the ring.

“At the beginning of the pandemic, I stayed home and shadow-boxed and ran a lot. I thought that gave me more advantages because it forced me to be creative and to stay in shape.”

A victory over Escudero could put George on a path to contender status. He still has a ways before he faces any of the world titleholders or elite fighters at 175 pounds, but two victories on a premium platform could work in George’s favor.

George would like to fight more often after the Escudero fight after only fighting twice in 2019.

An impressive victory over Escudero could open more doors for George, including signing with a major promoter and fighting again on a major platform.

“A big win is how fans remember you. That’s the connection they have with you.”

“I’m not scared about Saturday because I know there will be competent judges scoring the fight. I’m going into the fight Saturday looking to make a statement. (Escudero) could be dangerous, but all I have to do is show I can do more than him. I did it before and I know I can do it again.”