Jorge Linares wants to shut up Ryan Garcia, says he talks too much 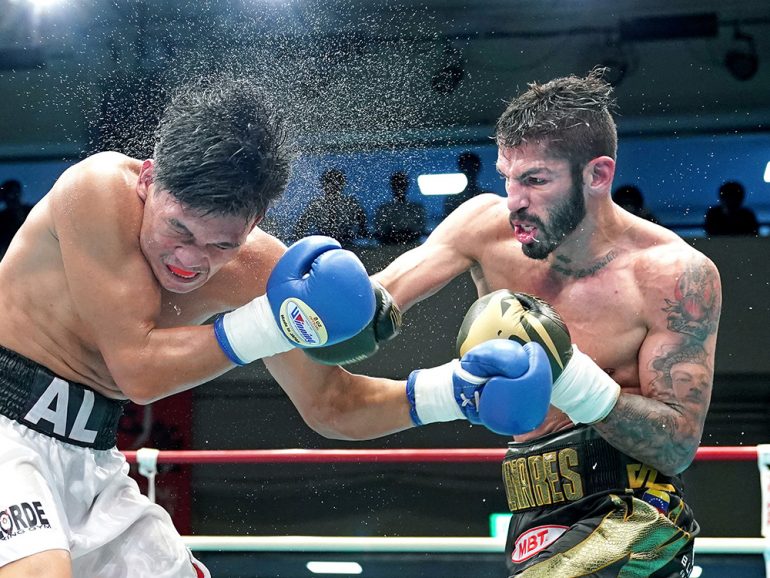 The rising lightweight star Garcia and his team are in deep negotiations with southpaw Luke Campbell to stage a WBC title eliminator bout later this year.

Despite earlier reports indicating the fight was official, a deal has yet to be reached, but talks are progressing.

In an exclusive interview with The Ring Tuesday evening, Linares let it be known that Campbell, a 2012 Olympic gold medalist, is not going to be an easy fight for Garcia.

“That’s a very good fight. Luke Campbell is going to be a really good opponent for Garcia,” Linares said. “But Garcia has said in the past that both myself and Campbell are going to be easy victories. He talks way too much shit.”

Linares (47-5, 29 knockouts), who has won titles in two weight divisions, including The Ring’s lightweight world championship, believes Garcia’s recent delinquent behavior is a sign that the 21-year-old has not been taking training seriously during the COVID-19 pandemic.

The 34-year-old Linares has called out Garcia (20-0, 17 KOs), of Los Angeles, without surcease throughout the summer, but the reverberant noise from his rival has gone uncharacteristically silent on a possible clash.

That speaks volumes to Linares.

“We both fought Carlos Morales,” Linares explained. “Morales nearly beat Garcia (in September of 2018). When I fought Morales (on the undercard of Garcia-Fonseca on February 14), it was an easy night for me. I knocked him out in the fourth round.

“After Garcia saw what I did, he was like, ‘Oh, maybe we should wait a little bit on that fight,'” he laughed.

Linares, a native of Venezuela who fought 18 of his first 23 pro bouts in Japan, won’t wait on Garcia to make up his mind.

“I’m ready to take a big fight and it doesn’t matter who at this rate,” he continued. “I’m ready for Garcia, (a rematch) with (Vasiliy) Lomachenko; I don’t care.”

But before Linares gets ahead of himself, he has to focus on his next task. He will face former junior lightweight titlist Javier Fortuna (35-2-1, 24 KOs), 31, a Dominican Republic native based in Massachusetts, in the main event of a Golden Boy card on August 28 at Fantasy Springs Resort Casino in Indio, California.

The bout, which is scheduled for 12 rounds, will be streamed on DAZN.

“That’s more important for me right now,” Linares said. “Fortuna is an amazing boxer and a two-time world champion. I’m very happy to have this fight.

“I’ve been training very hard, and I can’t wait to come back to the United States and put on a great show with a very tough opponent. This is a great opportunity for me.”