Travell Mazion crash report: Speed was a factor, not alcohol 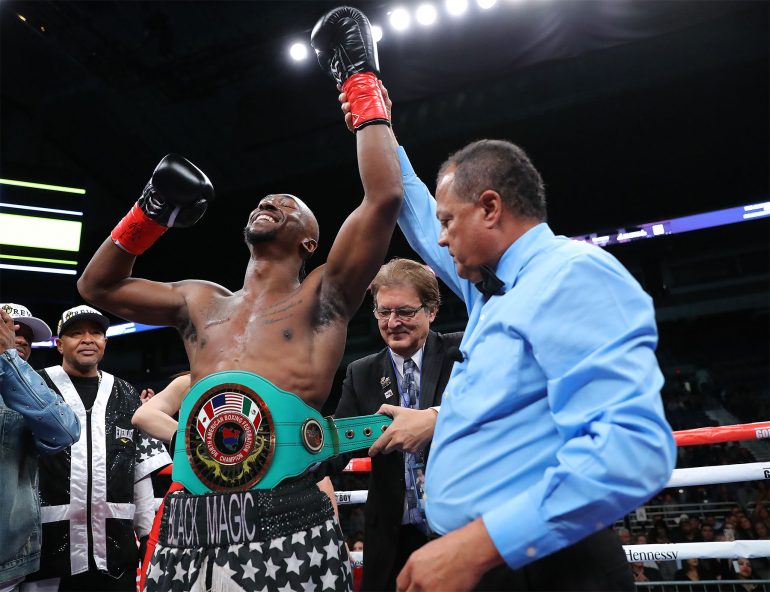 Late junior middleweight prospect Travell Mazion was speeding when the Cadillac he was driving crossed the center median and crashed into two vehicles.

That’s according to a crash report obtained on Wednesday by The Ring.

Investigators say Mazion was driving eastbound in the left lane when he drove into oncoming traffic, clipping the left-rear quarter panel of a 2014 Nissan Sentra driven by 31-year-old Eva Thompson, before slamming head-on into a 2017 Honda Pilot driven by 61-year-old Richard Salter, who was later pronounced dead at a nearby hospital.

According to the report, alcohol is not considered to be a factor in the wreck.

Mazion’s passenger, 26-year-old Dominic Chavez, who was seriously injured in the accident, according to his cousin, is still “fighting hard” in the hospital.

With a record of 17-0 (13 knockouts), it seemed that the fan-friendly Mazion, who was nine days shy of his 25th birthday at the time of his passing, had paved his way to an eventual title shot.

The year 2020 had the potential of being a breakout year for Mazion before the COVID-19 pandemic put the brakes on his endeavors. He last fought on January 11 at the Alamodome in San Antonio, knocking out Fernando Castaneda with a brutal left hook to the body.