Srisaket Sor Rungvisai: Amnat Ruenroeng is one of our legends in Thailand, it will be a great fight 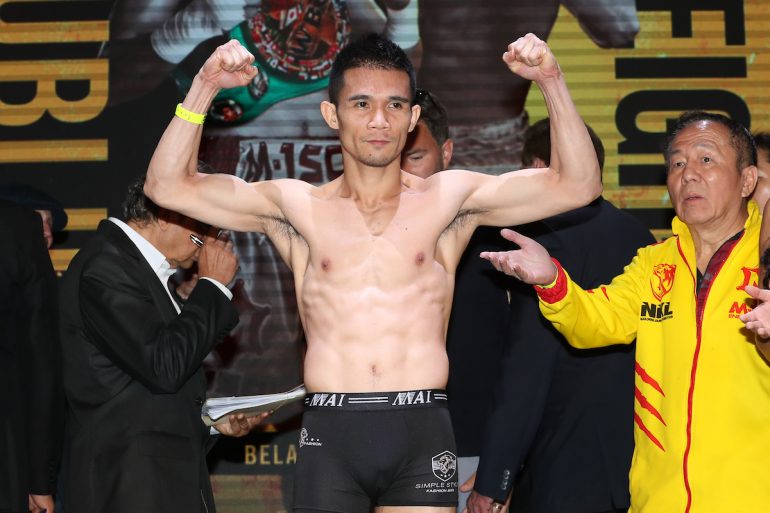 Sor Rungvisai, who is rated No. 1 by The Ring at 115 pounds, is looking forward to locking horns with his countryman in what should be an interesting clash of styles.

“Amnat is one of our legends in Thailand,” Sor Rungvisai (47-5-1, 41 knockouts) told The Ring through his promoter Bank Thainchai Pisitwuttinan. “His skill is world-class, and I have heard that he has been preparing very well for this fight. It will be a great fight, and I am very excited for it. He is extremely experienced, not only in professional boxing but also in top-level Muay Thai and amateur boxing.”

The bout has been rescheduled several times in recent months due to the coronavirus pandemic.

“It is obviously not the ideal situation for us, boxers and all teams involved, but I understand that we all need to do our part to keep our country and our people safe,” Sor Rungvisai said. “I am now very happy and excited that we have the date set for August 1st, and I am focused on giving all my fans the best fight.”

During Sor Rungvisai’s time off he has seen Roman Gonzalez, a fighter that he’s defeated twice, annex the WBA junior bantamweight title at the expense of the previously unbeaten Kal Yafai. Gonzalez’s ninth-round stoppage in February has lit a fire under the 33-year-old.

“I am extremely happy for him, he truly deserves it,” Sor Rungvisai said. “Roman is a legend, and he has done so much for the lower divisions. He looked very strong and he fought impressively in that fight.

“I had a chance to do a video call with him a few months ago to congratulate him. It was amazing to see him and talk to him. He is an honorable man.” 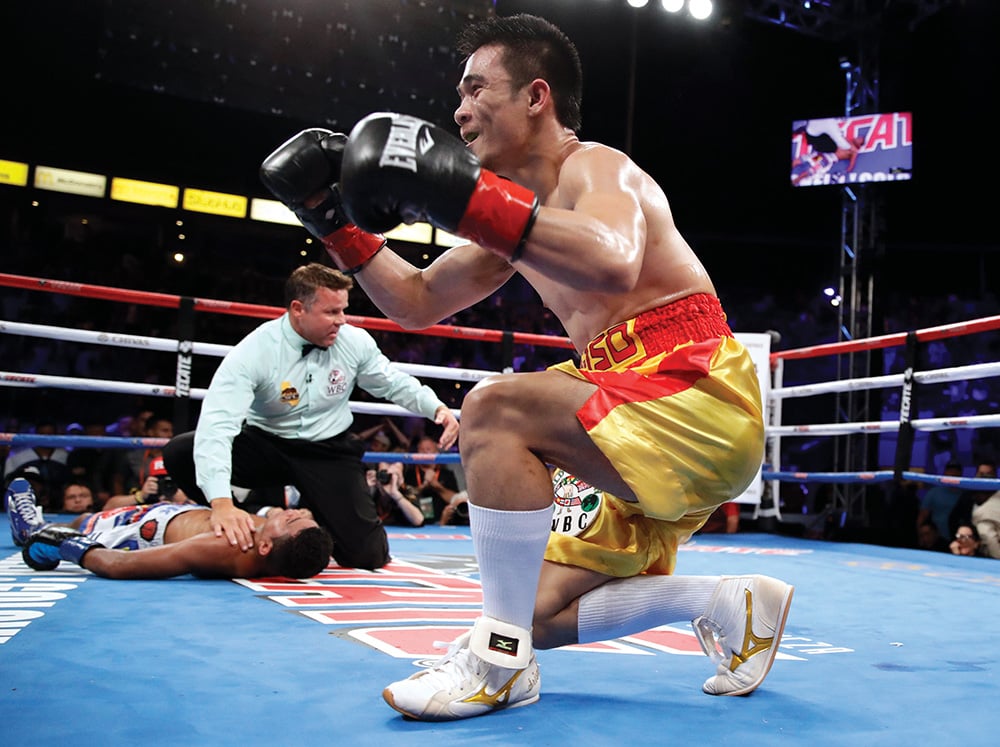 Bank Thainchai Pisitwuttinan of Nakornloung Promotion (NKL), has worked hard to make the Ruenroeng fight and he knows it has huge ramifications for his fighter on the global scene.

“This is a very important fight for Srisaket,” said Pisitwuttinan. “Not only does he need the win to proceed to the trilogy with Juan Francisco Estrada, but he also needs to make a statement to the world that he is among the top fighters in his division.

“With his historical wins against ‘Chocolatito’ Gonzalez and Estrada in the U.S., Srisaket has made a legacy for himself. An impressive win against Amnat will set him up nicely for a third fight with Estrada and more big fights in the near future. Srisaket is now the [WBC] mandatory challenger for Estrada, so, if victorious, our immediate target is going to be the WBC 115-pound world title. The trilogy will be another historical war at junior bantamweight, and I am sure it is a fight that the fans around the world want to see.”

In 2006, Ruenroeng was sentenced to 15 years in prison for robbery. He subsequently took part in the prison boxing program which saw him win a national title the following year. After the victory, Ruenroeng was released from prison for good behavior. He won bronze at the 2007 World Championships and represented his country at the 2008 Olympics. He turned professional in 2012.

The second-grade dropout and former drug addict quickly rose to prominence in the pro ranks, outboxing Rocky Fuentes for the vacant IBF 112-pound title in 2014. Ruenroeng (20-3, 6 KOs) went on to make five defenses, impressively turning back the challenges of Kazuto Ioka, McWilliams Arroyo and Johnriel Casimero before dropping the title to Casimero in a rematch in May 2016. He has lost twice since then but is currently on a two-fight win streak. The 40-year-old knows that victory is a must if he harbors any hopes of competing for a world title.

Sor Rungvisai vs. Ruenroeng will be shown live on DAZN in the U.S. and the Matchroom YouTube channel in the U.K.