No love lost, or found, still, between Mikaela Mayer and Helen Joseph 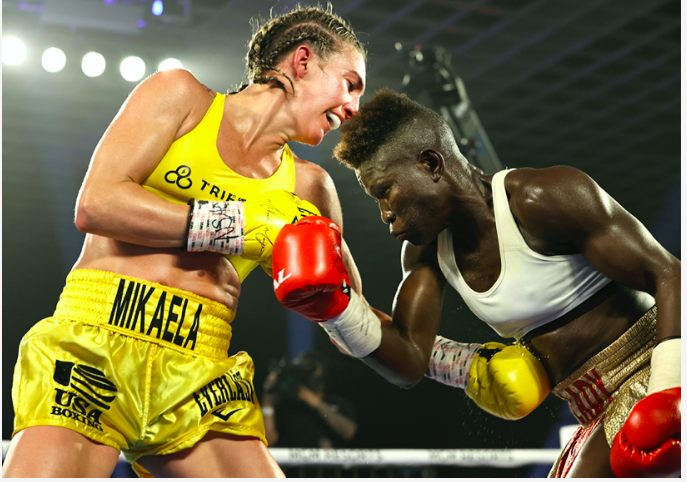 Mayer looked to be in complete and total control, so we'd think a rematch would be most unlikely. (Picture by Mikey Williams for Top Rank)
25
Jul
by Ryan O'Hara

There is still no love lost between Helen Joseph and Mikaela Mayer.

In the build-up to their junior featherweight fight on July 14 at the MGM Grand Conference Center in Las Vegas, Joseph went on a verbal assault against Mayer, accusing the 2016 Olympian of being given easy fights by promoter Top Rank. Joseph even went as far as to say that she was going to knock Mayer out.

Mayer (13-0, 5 knockouts), who resides in Colorado Springs, saved her energy for the ring, and it paid dividends, as she easily outpointed Joseph. Two of the three judges, Patricia Morse Jarman and Dave Moretti, scored the bout a shutout. 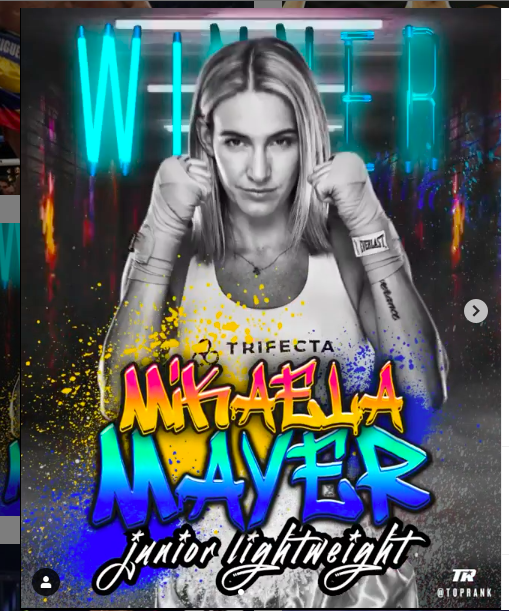 Who do YOU think should be matched with Mayer next? Tell us, in the comments section.

“I knew coming in that Mayer was a very good fighter,” Joseph stated days later. “All of that talk before the fight, I was just trying to get into her head that she’s not as good as I am.”

Both fighters were initially slated to meet on June 9 until the 30 year old Mayer tested positive for COVID-19 and was forced to withdraw. The bout was then rescheduled.

Joseph (now 17-5-2) initially said of the delay: “I wasn’t upset. I feel great. Everything happens for a reason. God knows the best and gave us another chance to meet again. It’s no big deal. We are ready to go.”

But now Joseph, age 31, claims that she did not receive an adequate amount of time to train for the fight, despite her overwhelming confidence.

“It was not a fair fight – I was not given enough notice. She had a much longer time to prepare than I did.”

Mayer responded to Joseph’s claims on social media Tuesday evening. “She had eight weeks to prepare and (the fight) wasn’t even close,” Mayer said.

“Iron Lady” Joseph, from Nigeria native training out of Hamden, Connecticut, thought the fight was even.

“Our fight should have been a draw,” she added. “And Mayer is protected by a promoter that gives her easy fights and biased judges. They ignored all of the work I was doing. In a rematch, I will beat her!”

Mayer, who was promised by Top Rank chairman Bob Arum after beating Joseph that her next contest would be for a title, is not interested in a rematch.

“(You) have to win at least at least a few rounds to demand a rematch,” she added. “She had her chance, and she won’t get another. Moving onto the belts.”

Joseph also felt that she had an unfair advantage fighting “outside of her regular weight class.”

“This is not my weight,” Joseph continued. “I don’t normally fight at 130 pounds.”

In two bouts at junior featherweight, Joseph has been outpointed by the likes of Delfine Persoon, who now campaigns at 135-pounds, and Mayer.