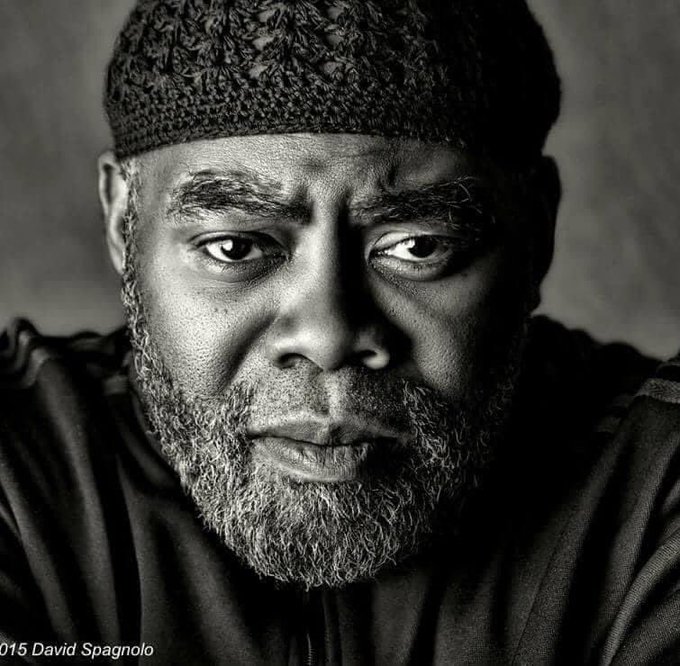 The salt-and-pepper beard, the jovial gravel voice and the big, echoing, wall-rocking laugh were ubiquitous. Naazim Richardson was everywhere. The trainer, the mentor, the father, could be found dispensing all kinds of wisdom from how to duck a left hook to how to eat right.

He was a Philadelphia treasure—and beyond that a boxing treasure.

On Friday, Richardson passed away after a long illness. He was 55 years old and would have turned 56 in November.

He was the noted trainer of Hall of Famers Bernard Hopkins and Shane Mosley, and he also worked with former cruiserweight titlist Steve Cunningham, lightweight Karl Dargan and his sons, Rock and Tiger Allen.

But his impact was far reaching.

If you didn’t know him, he could come across as a burly tough guy. After you peeled away the layers, he was anything but. He was approachable, pleasant, caring and one of the last true boxing teachers, learning and honing his craft under another great Philadelphia boxing trainer, English “Bouie” Fisher, who guided Hopkins throughout most of his career.

“Naazim was a class act, along with being one of the best trainers in boxing,” said Hall of Famer Steve Farhood, Showtime’s boxing analyst. “The best boxing city in the world has lost one of its best citizens.”

Richardson was not only a Philly fixture—but a boxing fixture. You could find him anywhere from a club show at Philadelphia’s venerable 2300 Arena to the MGM Grand on a big fight night in Las Vegas—even if he didn’t have a fighter on the card.

News of his passing Friday morning rocked those who knew him well and those in the boxing community. Richardson had been in poor health the last few years.

“I remember meeting Naazim when he was training Rock and Tiger when they were little kids, cranking out thousands of push-ups and winning national tournaments,” said Fernandez, the revered long-time Philadelphia Daily News boxing writer. “Naazim was an excellent trainer and a good man.

“He not only taught boxing, but he taught life values. It’s not easy talking about him, because it hurts and he was someone special. Naazim reminded me in a way of Angelo Dundee, who everyone liked. It’s a rare gift to have that sort of welcoming approach to life.

“Even the fighters who were defeated by Naazim’s guys liked him.”

Richardson was that universally beloved and respected.

“Naazim was a class act, along with being one of the best trainers in boxing,” said Hall of Famer Steve Farhood, Showtime’s boxing analyst. “The best boxing city in the world has lost one of its best citizens.”

Prior to the historic Tito Trinidad-Hopkins fight on September 29, 2001, it was Richardson who refused to sign off on what he thought were Trinidad’s “padded” or reinforced hand-wraps. Until the issue was resolved, Hopkins refused to fight.

In 2009, Richardson once again objected to the way a fighter’s hands were wrapped. Training Mosley at the time, Richardson questioned Antonio Margarito’s hand-wrapping prior to “Sugar” Shane’s welterweight title fight January 24, at the Staples Center in Los Angeles.

The California State Athletic Commission found what was deemed a suspect wrap over Margarito’s knuckles. Javier Capetillo, Margarito’s trainer, was forced to re-wrap Margarito’s hands. Margarito and Capetillo were suspended by the CSAC following the incident.

“Brother Naazim was the first Philadelphia trainer to embrace me in this city. He showed me love and told me I was doing a good job,” recalled Stephen “Breadman” Edwards, the trainer of former junior middleweight titlist Julian “R-Jock” Williams. “Naazim knew how to talk you through a fight from the corner. I picked that up from him. When Julian beat Jarrett Hurd (to capture the WBA and IBF junior middleweight titles), Naazim was there in the dressing room afterward.

“He’s definitely going to be missed.”

Shar’ron Baker was very close to Richardson for over a decade. You could find the two of them working many corners. To Richardson, it didn’t matter if you were male or female, black or white, Christian, Muslim or Jewish.

He was that wholeheartedly accepting.

“Working side-by-side with him over the last 15 years, I learned so much, I called him my brother and he called me his sister,” Baker said. “Brother Naazim treated you with respect, and he loved people and loved what he did.

“He also loved boxing and he loved sharing his knowledge.”

More additions will accompany this story.