Hector Tanajara welcomes another test in Mercito Gesta this Friday 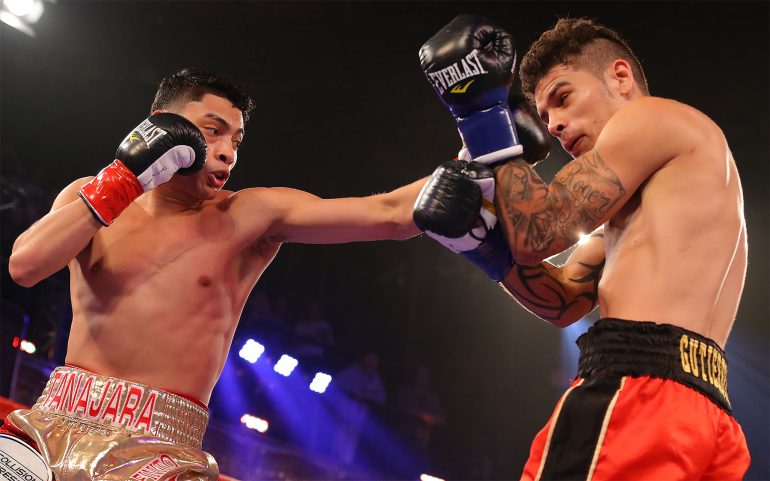 Ryan Garcia has garnered plenty of attention, both in and out of the ring.

Hector Tanajara has passed every test thus far in his pro career and an impressive victory over a former world title challenger can go a long way towards his goal of fighting for a world title belt.

Tanajara (19-0, 5 knockouts) will square off against Mercito Gesta (32-3-3, 17 KOs) Friday night at the Fantasy Springs Resort Casino in Indio, California. The 10-round lightweight bout will precede the 12-round main event bout between unbeaten welterweight Vergil Ortiz and Samuel Vargas.

Tanajara is coming off his most impressive win to date on January 11, defeating former world title challenger Juan Carlos Burgos by unanimous decision in his hometown of San Antonio, Texas.

The fight was scheduled for the Fourth of July weekend, which Garcia was penciled to headline. After the falling-out with Golden Boy, the card was delayed three weeks, allowing Tanajara and stablemate Ortiz to prep for their respective fights.

Tanajara, 23, will take a major step-up in opposition when he faces Gesta, who is originally from the Philippines and now resides in San Diego, California. Despite having won once in his last four bouts, Gesta’s experience and southpaw style could present some problems, but Tanajara is confident.

“We’ve been training for the last two months, so I feel like I’m ready,” Tanajara told The Ring. “I know Gesta has a lot of experience. He faced Jorge Linares for the (WBA lightweight) title (in January 2018) and is a solid fighter. He fights smart, but I believe these are the type of fights you need to be successful at the next level. A victory over Gesta will bring more top fights to me.”

Tanajara is trained and managed by Robert Garcia, who also trains Ortiz. He believes the knowledge he absorbed from Garcia, along with sparring some of the top fighters in boxing, have made him a sharper fighter.

“Robert makes me feel good because he motivates me in the gym,” said Tanajara, who has been promoted by Golden Boy since August 2015. “I’ve always thought Robert has his best intentions when he works with me. He goes over all aspects of boxing when we work in the gym.

Tanajara believes he, along with fellow San Antonio native Joshua Franco, can bring significant fights to their hometown. Tanajara has fought in Los Angeles, Indio, and Las Vegas, but there is nothing like a hometown fight for Tanajara, who had plenty of family and friends there when he defeated Burgos.

Should Tanajara and Franco, who is also promoted by Golden Boy, continue winning, they hope to fight in San Antonio.

“There’s lots of genuine interest in a big card in San Antonio,” Tanajara said. “It would be a dream come true to fight in San Antonio, whether at the Alamodome or at the Freeman Coliseum. I know the reception would be great and the support of the fans will make it happen someday.”

Tanajara would like a fight against Ryan Garcia, but he is not holding his breath. He believes he can carve out a name for himself in boxing, with or without facing someone like Garcia.

Tanajara hopes to continue to achieve greatness in the sport. He may still need to improve, but he is in a better place than a year ago.

“I just want to improve my A-game,” he said. “I want to be at my best in all aspects of boxing. This (Gesta fight) is the most important fight of my career.

“A world title fight could happen later, so I want to continue seeing growth. I’m going to do whatever it takes to train and work hard to get to where I want to be.”