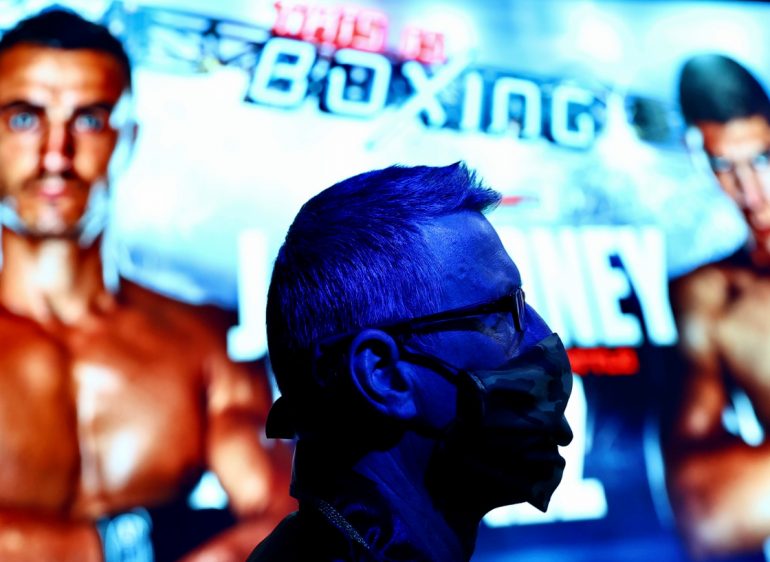 When longtime cutman Mike Bazzel headed home to the San Francisco area on Wednesday, it was his reintroduction to the outside world after spending nearly two months ensconced inside the Top Rank bubble at the MGM Grand in Las Vegas.

“I’m actually a little wary of going back to the real world,” Bazzel told The Ring a few days before he would leave.

For the past seven weeks, Bazzel, who arrived in the bubble on June 7, did not leave its secure world. Not once. He and dozens of others working on the twice-weekly Top Rank Boxing on ESPN cards, including Top Rank staff members and the ESPN production crew, never left between shows.

Now they’re on their way out with the conclusion on Tuesday night of Top Rank’s series of 13 cards – every Tuesday and Thursday – over the past seven weeks that brought live, televised boxing back (sans spectators) during the ongoing coronavirus pandemic. After a break, Top Rank will resume putting on its ESPN events in August.

When Top Rank was putting together its plans with the Nevada State Athletic Commission and MGM Resorts International officials, they wanted to find a way to have as few people as possible inside the bubble for safety reasons.

One way was for Top Rank to hire cutmen to work every fight rather than have the boxers bring their own with them unless they wanted to use one of their two-team member allotment on a cutman. The arrangement also turned out to be a savings for the boxers since Top Rank paid the cutmen.

The company hired Bazzel, Jacob “Stitch” Duran and Bob Ware. Duran and Ware live in Las Vegas and left the bubble to go home for the weekend, re-testing upon their return. Bazzel stayed.

“I had a one-way ticket,” Bazzel said with a laugh.

More seriously, Bazzel decided it did not make sense for him to leave for a day or two just to turn around and fly back.

“I definitely didn’t want to fly back and forth just to get home for a day, so I said let’s just stay here,” he said. “I’m going to make the best of it. I’m going to stay disciplined. I’m going to do exactly everything they ask me to do, and I did. And I made every show. I live by myself, no wife, no girlfriend, which has been easier. It would be hard (if I had a family).”

So he lived in a room on the 12th floor of the MGM Grand – which was set aside to be used only by those involved in the boxing events throughout the seven-week run – and soon settled into a routine. 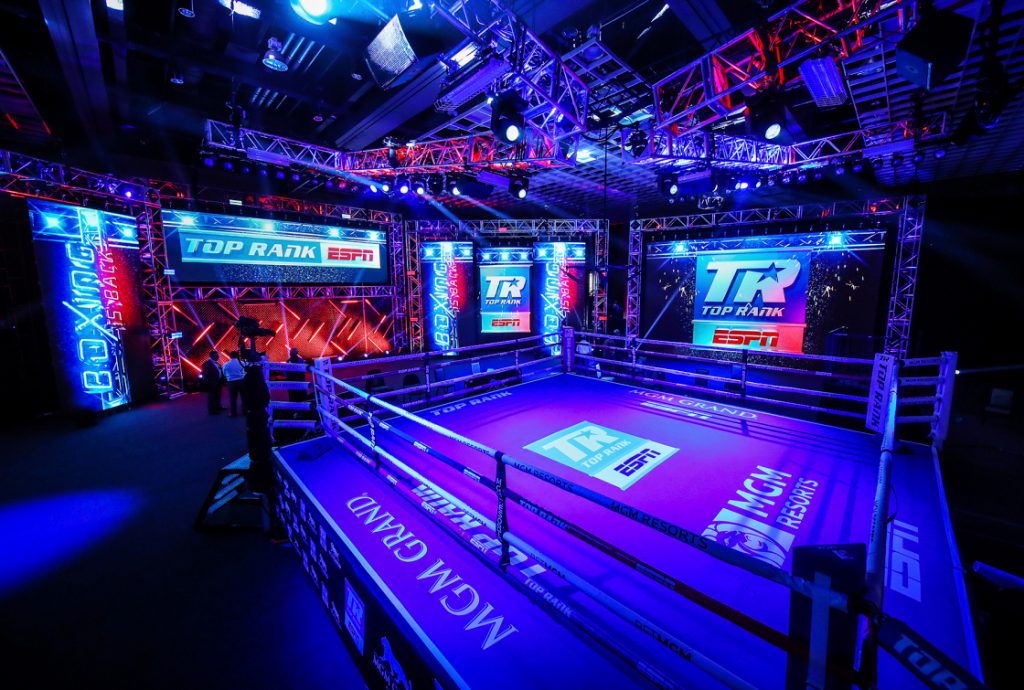 The ring used at the MGM Grand. Photo by Mikey Williams

Like everybody who remained in the bubble for its entirety, Bazzel was tested every Sunday and Wednesday, 13 times in all. He was negative each time but still worried.

“The only stress is really when you get swabbed and it’s hard to sleep,” Bazzel said. “There is always a thought in my mind I will test positive.”

Although his gym in San Francisco was forced to shut down in March like so many other businesses, Bazzel still was able to teach conditioning classes to his clients via Zoom from his MGM Grand room five days a week.

He also got used to the protocol of testing and having security escort him down a special service elevator from the 12th floor, through a kitchen and into a sanitized shuttle for the short ride to the MGM’s conference center, which was the main area of the bubble.

“I take a shuttle to breakfast, lunch and dinner. I go to the weigh-ins, the fights and back to my room,” Bazzel said. “Most of my time is spent in my room. I have some of my exercise stuff set up in my room. I work out in here.

“When we go to the convention center, they take our temperature and we beep in with our bracelet that has our code on it and they know we’re in. I have breakfast and everyone has gloves and masks on. As soon as we’re up, they’re wiping and sanitizing the tables and chairs. Then we beep out and take the shuttle back and go back up the service elevator. I’d work out, watch a movie or something and wait until lunch.”

Bazzel was comfortable in the bubble, often passing the time by binge watching various iterations of the Survivor reality series.

“It keeps me in that whole mindset of eye on the prize and gets through this time,” he said.

But it’s not that he didn’t miss elements of the outside world. 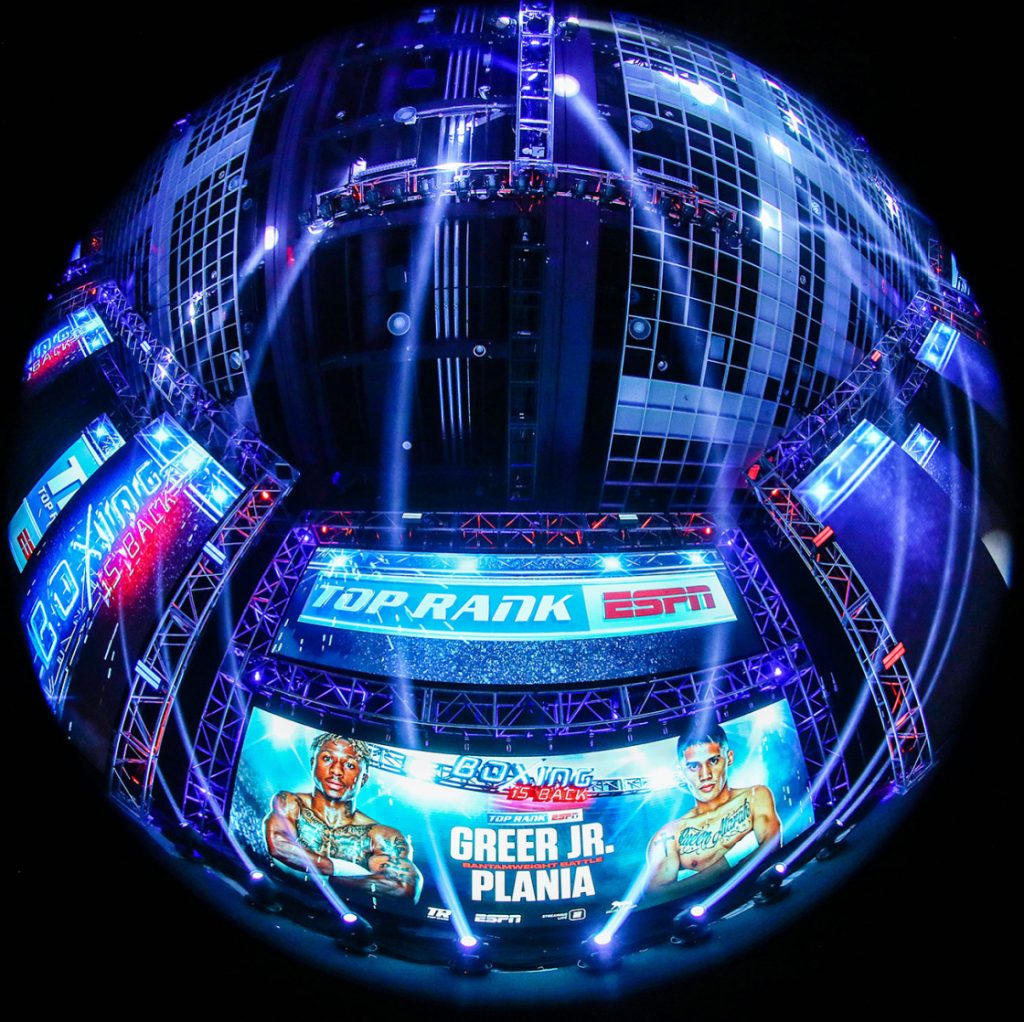 Each Monday and Wednesday, Bazzel would attend the weigh-in, where the random corner assignments were handed out for the cutmen for the next night’s show. The exception: If a fighter on the card previously worked with one of them they could continue to do so.

A few boxers did bring their own cutman as part of their allotment of team members, but Bazzel worked a corner for virtually every single one of the bouts on the 13 shows.

It was a welcome relief considering his life during the early part of the pandemic, when he had to close his gym and boxing shut down, which cost him several corner gigs.

“In March, I lost every source of income I had,” Bazzel said. “I had to close my gym. I lost the work I had with (Victor Conte’s) SNAC (Gym). I couldn’t work in boxing anymore and I was booked until July.

“I came (to Las Vegas) out of two months of shelter in place in the Bay Area, where everything was closed, all the gyms. I came from that isolation by myself to another pretty strict quarantine. Only difference is I can talk to people, we can have breakfast, lunch and dinner with people who got the bracelet on.

“It’s been turning a very negative into a positive. Keep working, work hard – that was my main goal coming here. Do what they wanted me to do.”

Bazzel, 57, who had previously worked corners on various Top Rank cards, came with a strong and varied reputation in boxing.

He began working in the sport as a strength coach in 1994 and has worked primarily as a cutman since 2007. His first high-profile client was Nonito Donaire, who he has been with since 2009. He counts Daniel Jacobs, Demetrius Andrade, Sergiy Derevyanchenko, Chris Algieri, Andy Vences and hot prospect Edgar Berlanga among his clients. He has also worked closely with trainer Robert Garcia’s stable for years.

When Top Rank COO Brad Jacobs was looking to hire the cutmen, Bazzel got words of endorsement from manager Peter Kahn (who has some Top Rank boxers in his stable and uses Bazzel), Duran and Top Rank matchmaker Brad Goodman.

“I was thinking of guys who were good and who would be able to make that kind of commitment,” Goodman said. “He’s done a tremendous job. Anybody who can commit two months to stay in a hotel and not leave and do a good job, you got to give a ton of respect to. You have to be dedicated to your work and can’t play favorites. He’s constantly working, different fighters every Tuesday and Thursday. He wraps hands, does the cuts. He earns my respect. He’s a real good guy. I’m glad he’s getting his props.”

Bazzel got a call from Jacobs in May inquiring about his interest in the job.

“He laid it out and asked if this was something that would interest me. I said, ‘Absolutely, yes,’” Bazzel recalled. “He said, ‘Put a proposal together, email it to me and we’ll go from there.’

“It meant the world to me that these guys picked me to be one of the guys. I told Brad Jacobs, ‘I’m ready, willing and able. I don’t have a family, I don’t have a girlfriend and I can isolate myself.’ I told him I will commit to the time, I won’t be a hassle. I won’t be a pain in your ass. I won’t be asking for flights home every week. Let’s get it done.” 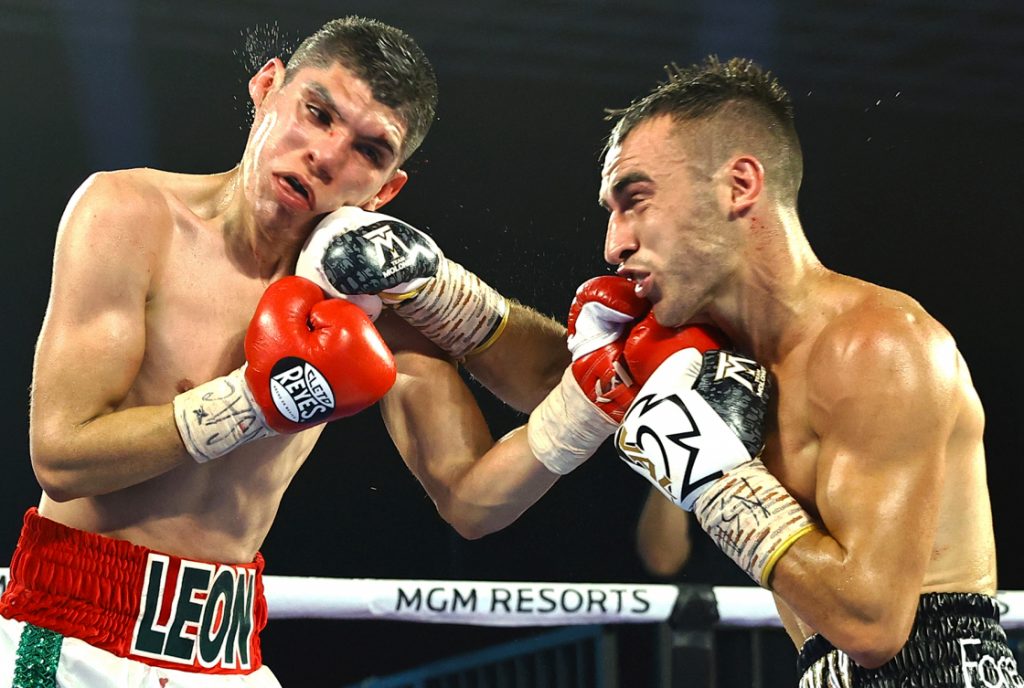 Bazzel said he bought enough supplies to last for all 13 shows and beyond: 10 boxes of the cut-closing substance adrenaline, 30 packages of swabs, 10 boxes of tape and plenty of rubber gloves.

“We factored the cost into the proposal,” Bazzel said. “It’s been very worthwhile (financially). It’s amazing. They’re paying great. They never questioned the proposal. I feel like it’s wonderful because they don’t have to worry about the cutmen. We’re all pros. I’m blessed to have the job. I want to be back in August.”

He would have been happy to stay longer if there were more shows for the next few weeks.

“I’m not looking forward to leaving, going out in the real world,” he said. “I’m kind of used to being here. We’re in the safest place in the country, we can work and we’re making money. We’re able to work in an environment that’s safe where everyone respects each other. Everyone wears a mask even though we know we don’t have Covid. We still wear a mask with each other. It’s a wonderful thing. Everybody here is a community. It’s a lot different out in the real world where your business might be shut down.”

Bazzel won’t be idle for long. He has featherweight Arnold Dinong fighting on Sunday in Corona, California, on Thompson Boxing’s first show since the pandemic began.

“I will fly home on Wednesday and turn around and drive down to Corona, test on Friday and the fight is Sunday,” Bazzel said.

As for his time in the bubble, however, he said he won’t soon forget it.