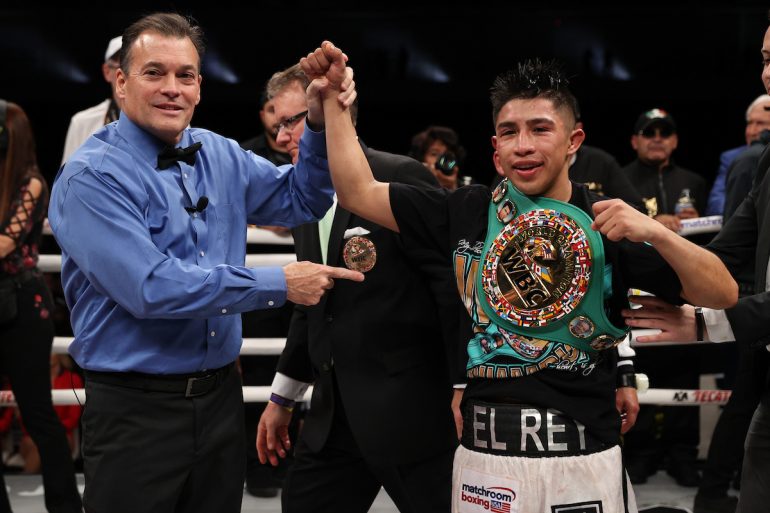 Looks like the world title fight between WBC flyweight titleholder Julio Cesar Martinez and McWilliams Arroyo that was scheduled to take place on August 15 is postponed, a source confirmed to The Ring Tuesday afternoon.

There are preliminary discussions for the Martinez-Arroyo fight to take place in September.

According to an article by ESPN’s Salvador Rodriguez on Sunday, Martinez was diagnosed with a throat infection last week. Doctors told Martinez to rest for a week.

Martinez, who resides in Mexico City, was to defend his WBC title on a Matchroom Boxing USA card at a temporary outdoor venue in Tulsa, Oklahoma. The co-feature bout between undisputed welterweight champion Cecilia Braekhus and Jessica McCaskill, which will stream live on DAZN, could move up as the main event.

Martinez (16-1, 1 NC, 12 knockouts) is currently ranked No. 3 by The Ring at 112 pounds and is trained by Eddy Reynoso, who also trains Ring Magazine champion Canelo Alvarez and is the 2019 BWAA Trainer of the Year, junior lightweight contender Oscar Valdez, undefeated lightweight Ryan Garcia and heavyweight contender Andy Ruiz.