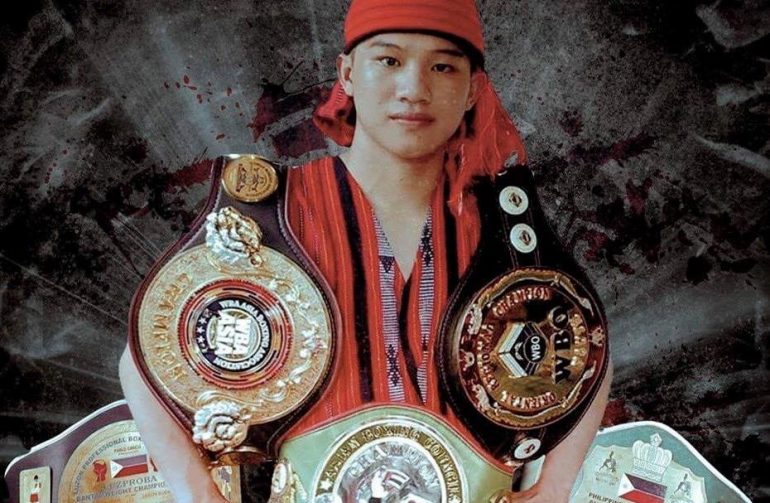 Best night of pro career and why: Martin is happiest with his most recent win, a third round stoppage against Philip Luis Cuerdo in December.

“I was in the best shape of my career,” Martin told The Ring through Dennis Principe. “I really prepared hard because people back then were posting stuff [on social media] like this guy’s going to punish me.

“But honestly I believed them in a lot of ways, so it made me prepare really well. I watched a lot of [Cuerdo’s] fights. I guess I was just lucky because I got him early in the fight but still, I learned a lot from that fight and also realized I have lot of things to work on.”

Worst night of pro career and why: When Martin was still a teenager, his opponent, George Lumoly, tried to lull him into a false sense of security. However Martin was able to stop the disingenuous Indonesian opponent in three rounds.

“Before the fight, he claimed to me he was sick,” Martin explained. “For a while, I believed him so I was really very cautious. I felt guilty in taking that [regional] belt after I won the bout although eventually, I felt I should not believe stuff my opponents say because most likely it would be a ploy.”

Next Fight: The original plan called for Martin to fight for the Filipino national title this year and then begin to look to gaining some International experience. However those plans were curtailed by the COVID-19 pandemic.

Presumably Martin’s team will look to get him a fight in the next couple of months and work toward the national title later this year. 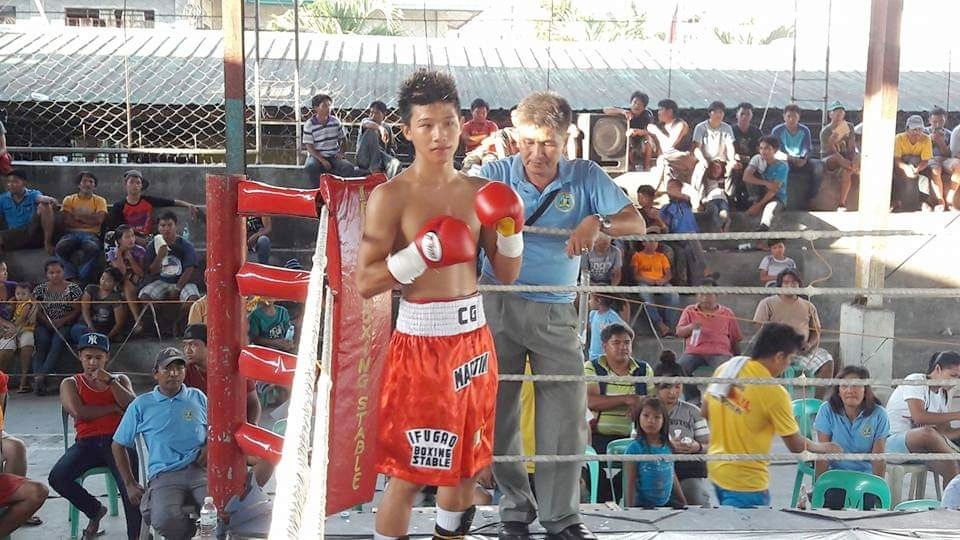 Why he’s a prospect: Despite an exemplary amateur record, “Wonder Boy” only fought domestically in the Philippines. He won a local tournament when he was younger.

“It was just a small tournament, typically organized by a politician,” he said. “It may not be a tough event, for the most part, but I was able to focus a lot on my preparations. That is why I never lost a single fight back then.”

Since making the transition to the professional ranks, Martin has been able to develop as a fighter, partly due to gaining invaluable sparring with countryman and reigning IBF junior bantamweight titlist Jerwin Ancajas.

“I really saw there was a whole lot difference, big time, in fighting world-class boxers as opposed to nondescript fighters,” Martin said. “At first, my mindset was we are all the same.

“But in my entire four-round sparring with Jerwin, I realized the need to step up in opponents each fight. Jerwin was sparring for the first time after coming off a break but still, I had a really tough time against him. At least I was able to size up a current and legitimate world champion.

“I saw a lot of loopholes in that sparring session which I was able to apply in my upcoming fights, one of them is my penchant for staying along the ropes. Jerwin really punished me when I stayed along the ropes. Since then, I felt like I was ‘allergic’ to ropes [Laughs.]

“I still watch that sparring and it was very helpful and timely because I fought southpaws my last two fights.”

When asked what areas he considers to be his best attributes, Martin said, “My speed and combinations.”

“He’s really talented but what impressed me the most is his attitude,” said Principe. “After every fight, when I tend to talk about the good points of his performance, he would always ask me to talk about his flaws.

“He’s always interested in talking about his weak points and next thing you know, he would fervently work on it days later inside the gym.” 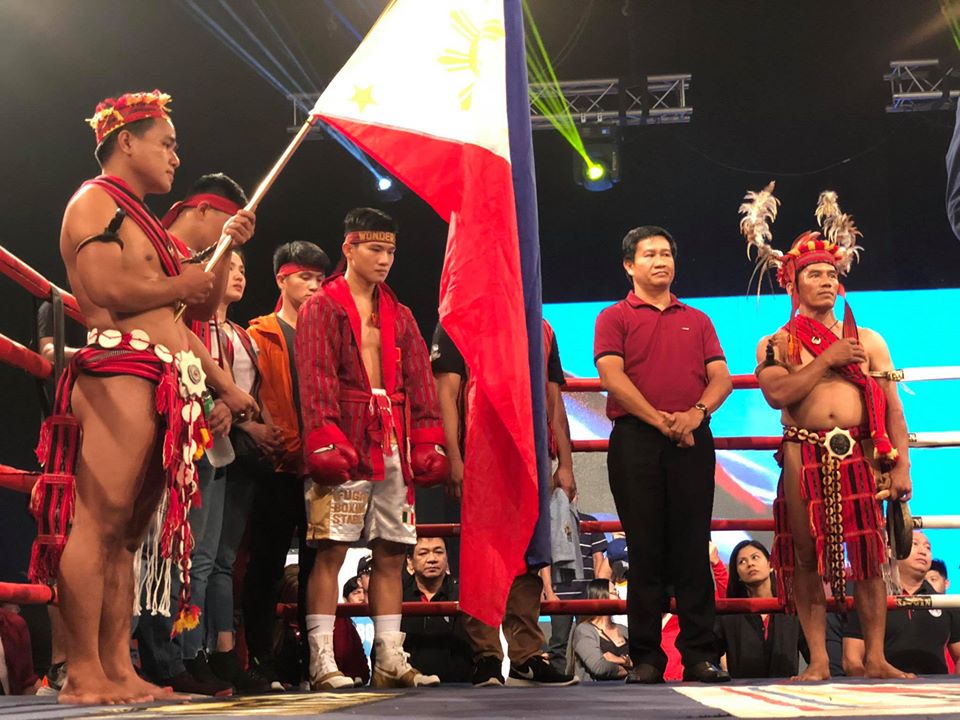 Why he’s a suspect: Like all fighters, Martin has areas on which he needs to improve and appreciates this.

“The timing of my footwork and defense,” Martin said. “Again, going back to that sparring with Jerwin, I saw the need to focus on my stamina. I’ve never fought beyond eight rounds so, in sparring with Jerwin and two other spar mates of his for 12 rounds, pacing and being in great shape always is a minimum for me.”

Principe feels the 21-year-old is a work in progress.

“After every fight, he makes improvements on his supposed weaknesses,” said Principe. “He’s got everything so I guess matchmaking is crucial for him. He needs to get fights that would improve his skill the next two years. He needs that amount of time because the bantamweight and junior featherweight divisions are teeming with excellent talent.

“My advice to him is work on being ready to beat all comers, not just be ready to fight for a world crown. He should aim to become a longtime world champion and that would mean having the needed patience to work on it the next two years.”

Storylines: Martin was born and raised in Lagawe, Ifugao, over 350 km (217 miles) north of the capital Manila. He is one of seven children and took up boxing at six years-old. His first fight came against a much older boy.

“There was a town celebration and my father saw a group of people putting up a ring one morning,” he said. “My father inquired if we can compete in the event and they said ‘Sure.’

“Come fight time, I was pitted against a lanky, 12-year-old kid. My father got worried and asked that we be pitted against a kid of the same age. We were told he was the only available opponent, so either we take it or leave it. I was a bit scared, so was my father, but, in the end, we took our chances.

“I could only reach for his body because he was really tall. I tagged him several times to the body and he fell and eventually failed to beat the count. I won in the first round and pocketed 100 pesos ($2). My confidence went through the roof because after that, I bugged my dad to get me another fight.”

Martin hasn’t looked back since. He has two boxing idols.

“I liked Z Gorres a lot,” he said. “I patterned my movements to his. And then Manny Pacquiao happened and now, he is my idol. Surely he is every Filipino boxer’s idol.”

The big-punching southpaw has high hopes for the future.

“I want to become a world champion and help my family, build a decent house for them,” Martin explained. “I also want to build a legitimate gym in Hingyon, Ifugao, for future boxers, which is not really known as a boxing area.”

Away from boxing Martin enjoys spending time with his family and visiting Mount Attugo where they can view the entire Lagawe province. He also likes playing basketball.