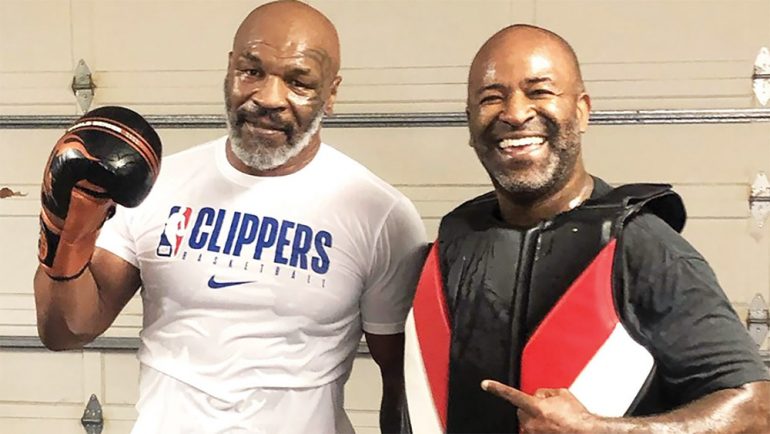 Whether Mike Tyson decides to come out of retirement to fight again – that remains to be seen.

But we know what the 54-year-old former undisputed heavyweight world champion won’t be doing.

“We offered Tyson $20 million and some additional benefits, but he turned it down,” Feldman stated. “Who knows what’s going to happen with Mike Tyson?

Requests for comment from Tyson’s representatives went unreturned at time of publication.

However, a source close to Tyson and his team reached out to The Ring and said not to expect a comment.

“His people told me last week that Mike wasn’t even considering bare-knuckle,” the source stated.

Vallie-Flagg is undefeated (3-0, 3 knockouts) as a bare-knuckle fighter, while Palomino made his BKFC debut in February, outpointing Elvin Brito in a scheduled five-round contest.

Feldman assured that the event is “guaranteed fireworks.”

“If you have ever watched bare-knuckle fighting in the past, it doesn’t really matter who we match, the fights are always spectacular,” he stated. We have Luis Palomino, who holds a signature win over UFC (welterweight contender) Jorge Masvidal, and he also had two wars with current UFC contender Justin Gaethje.

“Vallie-Flagg is undefeated. This guy is coming off a really good victory over former UFC star Melvin Guillard. Both guys are going to go right to the center of the ring and bang it out. It’s going to be a tremendous fight.”