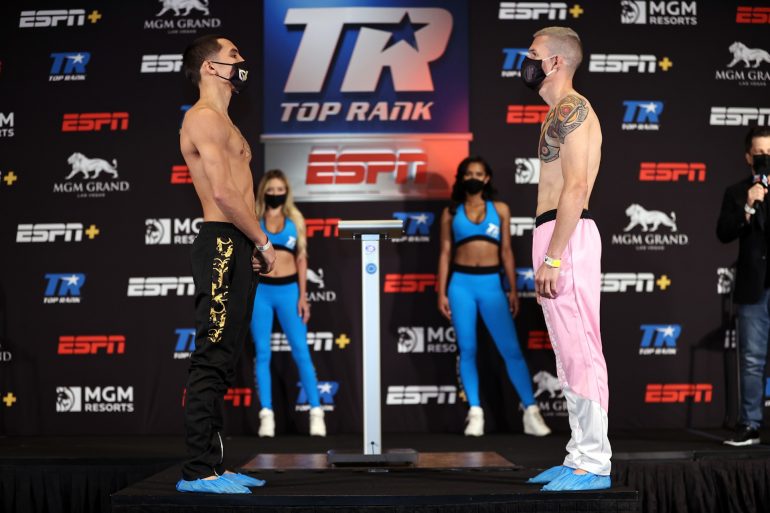 Both Oscar Valdez and Jayson Velez made weight for Tuesday’s junior lightweight clash at the MGM Grand Conference Center in Las Vegas, Nevada. The 10-round bout will air live on ESPN and ESPN Deportes (8 p.m. ET/ 5 p.m. PT).

Valdez (27-0, 21 knockouts), who was born and raised in Nogales, Mexico, made his debut at 130 pounds in his last bout on November 30, also in Las Vegas. The former WBO featherweight titleholder overcame a knockdown early in the fight to stop late-sub Adam Lopez in round 6.

The 29-year-old is the mandatory challenger to face WBO titleholder Jamel Herring and WBC titleholder Miguel Berchelt, but plans are in place for Valdez to face Berchelt later this year in an all-Mexico clash between the two boxer-punchers should he defeat Velez.

Valdez spent most of the camp preparing for the Velez fight in Guadalajara, Mexico, where his trainer Eddy Reynoso resides. He will face a fighter in Velez who has faced the likes of Joseph ‘JoJo’ Diaz, Ronny Rios, Alberto Mercado, Juan Manuel Lopez, and most recently Ryan Garcia.

“I’m ready for the best of the division,” said Valdez, who is managed by Frank Espinoza. “I want to be a two-division world champion, and the only way to do that is to beat tough fighters like Jayson Velez, who has challenged for a world title and possesses a lot of experience. Also, I’m very thankful to be fighting during this critical time where the sport of boxing is getting attention again.”

“We know there have been discussions about me challenging Miguel Berchelt for his WBC super featherweight world title, but Velez is first. I need to beat Velez first if I want to fight Berchelt, and I’m expecting a very tough fight.

Velez (29-6-1, 21 KOs), who resides in Juncos, Puerto Rico, last fought on February 8 in Allentown, Pennsylvania, losing to Jaime Arboleda by split-decision in a fight many at ringside thought he did enough to win. The loss snapped a streak of three consecutive victories.

In the co-feature, hard-hitting super middleweight Edgar Berlanga (13-0, 13 KOs) will square off against Eric Moon of Marietta, Georgia in an eight-round bout. 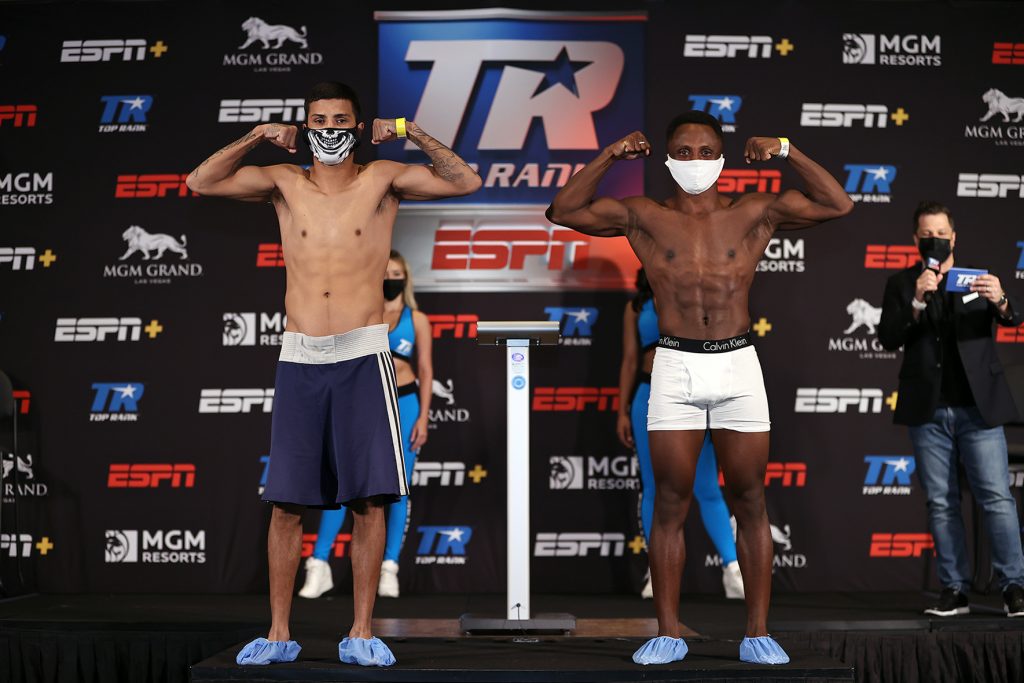 Dogboe (20-2, 14 KOs), who is originally from Accra, Ghana and now resides in Tampa, Florida, has lost back-to-back fights to Emanuel Navarrete, the last by knockout on May 11 of last year.