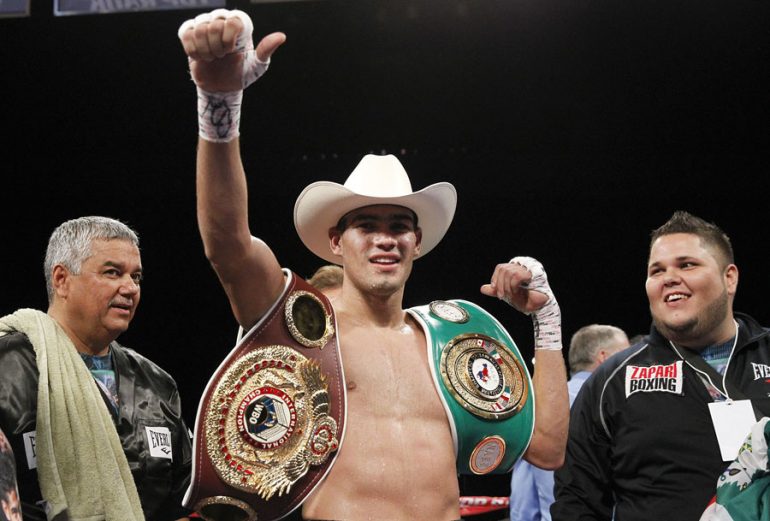 Former WBO super middleweight titleholder Gilberto Ramirez and Top Rank have parted ways, it was confirmed to The Ring.

“An agreement was reached amongst the parties,” Top Rank Vice President of Operations Carl Moretti told The Ring in a text message. “He will no longer be promoted by Top Rank.”

“As I move towards a different direction, I’d like to thank (promoter) Bob Arum and the entire Top Rank family for supporting my career and always being a class act. I look forward to the next chapter in my life and getting back in the ring this year. There are a lot of exciting fights that can happen in the division and I’m here to take over. Period.”

The southpaw Ramirez (40-0, 26 knockouts) became the first 168-pound world titleholder from Mexico, when he scored a unanimous decision over Arthur Abraham in April 2016. He would make five successful defenses, the last of which was a rematch victory over Jesse Hart, whom he defeated by majority decision, in December 2018.

Having outgrown the division, Ramirez decided to vacate the WBO title and move up to light heavyweight. His most recent bout took place in Los Angeles on April 12 of last year, when he forced former world title challenger Tommy Karpency to retire at the end of Round 4.

The light heavyweight division is one of boxing’s most competitive, and Ramirez is likely to meet a top contender for the vacant WBO belt. However, other options include IBF and WBC titleholder Artur Beterbiev, or his WBA counterpart, Dmitry Bivol.

Ramirez believes that signing with a top promoter will lead to a significant fight in the near future.

“Today, I am everything I’ve worked for since my childhood days in Mazatlan, and it wouldn’t have been possible without the endless support of all my fans, family, and friends,” continued Ramirez via Instagram. “I appreciate all the love and support throughout the years. I work, train and fight to make you guys proud and show that a kid with nothing can become something. The story is just getting started. Stay tuned and let the show begin … #ZurdoPromotions #FreeAgent”