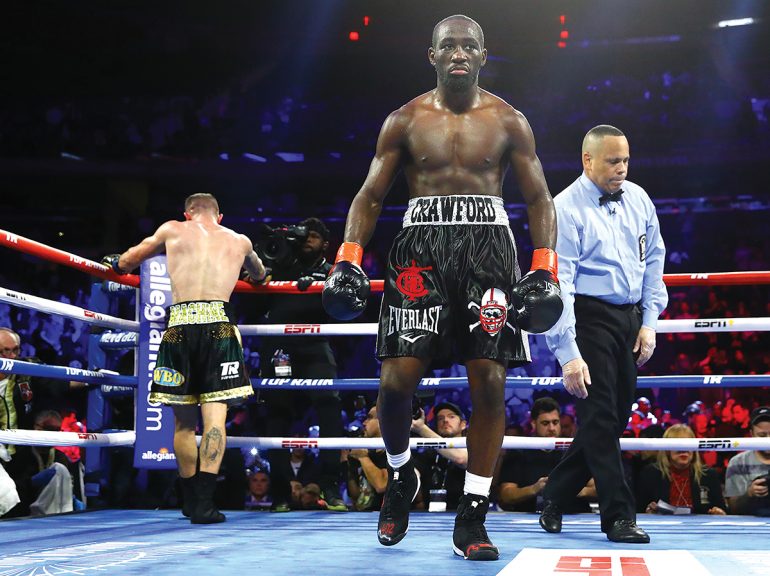 As a slew of top fighters potentially face pay cuts for empty arena fights, Terence Crawford is not one of them.

The 147-pound titleholder recently told ESPN that his contract stipulates that a minimum purse that must be met for his services each fight.

“If we have to fight for the minimum, so be it,” Crawford told ESPN. “With the fans unable to come see the fight, I don’t know how that’ll fare against any top welterweight in the division. When you look at the whole landscape of the whole thing, it’s going to come down to money. And if you can’t provide the proper money for each fighter, then how is that going to make the fight happen?

“But as far as a pay cut, it depends on who we’re fighting. Manny Pacquiao is a fight that we’re still currently looking forward to getting. Like I said, the pandemic has messed up a lot of things as far as money.”

“We have minimums in our contract, and we will not ask anybody to fight below their minimums, and Terence is saying the same thing,” Arum stated. “Any fighter that has a minimum shouldn’t have to take a pay cut.”

Instead, the company will not be paying their boxers over their minimums for the time being, Arum said.

Arum reiterated that there was never any issue with Crawford (36-0, 27 knockouts), 32, of Omaha, Nebraska.

“We are obligated to pay our fighters what their minimums are,” he added. “We don’t have any other choice, that is what a contract is for.”

As for Crawford’s potential return to the ring – it remains up in the air.

In June, Arum said that Crawford would return by September or October, and even November within the last week. However, Top Rank publicist Evan Korn had a different take on Saturday evening.

“We’re not even close,” he stated. “It is still way too early. Are there some possibilities? Sure. But we’re not there yet.”

The initial pool of potential combatants that Arum provided included Manny Pacquiao, Yordenis Ugas, Shawn Porter, and Kell Brook. But the feasibility of these fights coming to fruition appears doubtful.