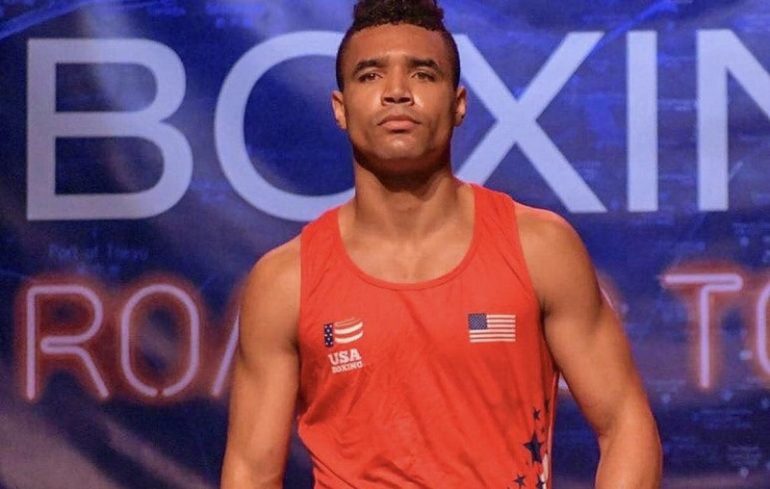 After capturing a bronze medal in the 2016 Olympic Trials and missing out on a shot to go to the Rio de Janeiro Games, Rahim Gonzales took exception to the saying “If at first you don’t succeed, try try again.”

“The saying is too vague,” Gonzales said. “Everything happens for a reason. There is a reason I didn’t make it the first time. It should be about correcting your mistakes, learning from those errors and getting back out there a second time with a chance of redeeming yourself.”

The always charismatic and charming Gonzales, who has over 220 amateur fights on his resume, is a man of his word.

He rededicated himself to the sport and won both the 2017 Eastern Elite and 2018 Western Elite Qualifiers to earn a berth at the 2020 Olympic Trials, where the light heavyweight captured gold.

Gonzales delved into the “ups and downs” that led to his first hiccup.

“My dad was the one who taught how to box and then after a while, I thought I had it all figured out,” he stated. “I sure as hell didn’t. I stopped listening to my parents, doing what I wanted to do in the ring and eating the wrong foods. It caught up to me.”

Albeit he initially felt “bummed” about missing out on his first Olympic opportunity, Gonzales admitted “it was definitely a good thing I went through that.

“Think about it. Imagine if I qualified and won and maintained those bad habits,” Gonzales added. “It would have been a lot worse down the road. I am more mature now and without experiencing defeat, I would not be the man or fighter that I am today.”

The Nevada Boxing Hall of Fame also selected Gonzales as its 2019 Amateur of the Year.

“I’m the only amateur in USA Boxing history to be ranked in three different weight classes in one year,” he stated. “I was ranked in the top 10 at middleweight, light heavyweight and heavyweight.”

However the journey does not stop there. Gonzales still needs to obtain a gold or silver medal at the American Qualifiers (which could take place next February or March) to clinch his spot in the 2021 Olympic Games in Tokyo. The normally quadrennial event was postponed for a year due to the COVID-19 pandemic.

So instead of waiting four years for redemption, make it five for Gonzales.

“I never knew in a million years that we were going to go through this, coronavirus, the Olympics getting postponed – it’s crazy,” he continued. “Right now, we should be in Tokyo but I don’t mind going through this either. We just have to keep pushing and we’re all going to be stronger coming out of this.”

Lastly Gonzales also wants to win the gold medal, not just for himself but also to impress another world-class athlete on Team USA.

“I really want to take out Sydney McLaughlin (who captured the silver medal at the 2019 World Championships in the 400 meter hurdles) on a coffee date or something,” he admitted. “I have never seen anyone as enchanting or as beautiful as she. I figured I might as well shoot my shot since we’re both on Team USA.”