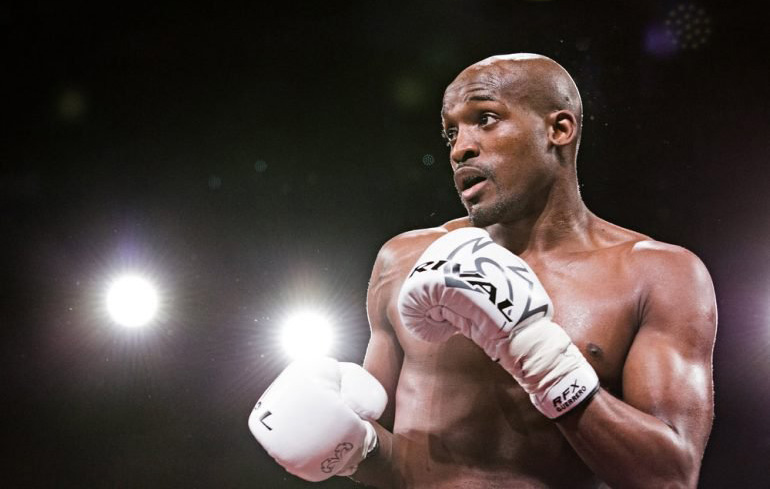 Ray Robinson was watching along during Tuesday’s ESPN boxing broadcast when the topic of conversation turned to Terence Crawford, and whom the undefeated WBO welterweight titleholder should fight next. He had no inkling towards what would come out of the mouth of analyst Timothy Bradley when they discussed potential opponents for Crawford.

“I have a name for you, who is pretty much freelancing who we’ve seen on our show, and his name is the new Ray Robinson. And if you know something about Ray Robinson, he was one of the last people who beat Terence Crawford in the amateurs,” said Bradley.

It was just what Robinson had been hoping to hear for a long time. The 34-year-old from Philadelphia doesn’t remember the year – he estimates it to be 2005 – but he remembers it was the quarterfinals of the National Championships. And he remembers the score, 22-18, and believes it should have been wider.

Robinson (24-3-2, 12 knockouts) knows the score, with boxing shows taking place in “bubbles” without fans, and how that affects the economics of the sport. With the coronavirus pandemic adding a new layer of obstacles towards making bigger fights, Robinson says, why not me?

“I think [Bradley] made a good point to be honest. I think me and Crawford got some history, I think it would be a good matchup,” said Robinson, a promotional free agent who is managed by David McWater.

“The big fights are hard to get made only because there’s no crowd, people don’t want to take pay cuts, I get that, but we can still do some big fights.”

There are still a number of issues to consider. Robinson is not rated in the top 15 by the WBO, so a fight with Crawford could not be a title fight. Though his last three fights involve two draws and a stoppage, those aren’t such bad results considering the level of opposition.

After the stoppage loss to Yordenis Ugas in February of 2018, Robinson took a year off before facing a pair of unbeaten fighters back to back, salvaging back to back draws against Egidijus Kavaliauskas and Josh Kelly in March and June 2019.

“I feel a lot of people have been trying to jump on my name and use it as a stepping stone. I think it worked out perfectly for me, the phone started ringing,” said the southpaw Robinson.

Should the fight happen, Robinson says he has the perfect sparring partner in Jaron “Boots” Ennis, the unbeaten welterweight prospect whose dad trains both of them. Ennis, like Crawford, switches stances throughout the fight, and has reflexes that few in the sport can rival.

Whether the business for a Robinson fight can meet Crawford’s position – he has told ESPN he isn’t accepting anything below his contractually guaranteed minimum to step into t he ring – is another situation. But Robinson feels there’s enough of a backstory to sell the bout.

“I just feel he hasn’t fought anyone like me, long, tall. The guys he fought were shorter or just coming up to that weight class, so I just feel like it would be like Shane Mosley vs. Vernon Forrest. Forrest had Mosley’s number, he beat him in the amateurs, beat him in the pros, and no one thought Mosley would beat him again,” said Robinson.

“I have that same feeling.”