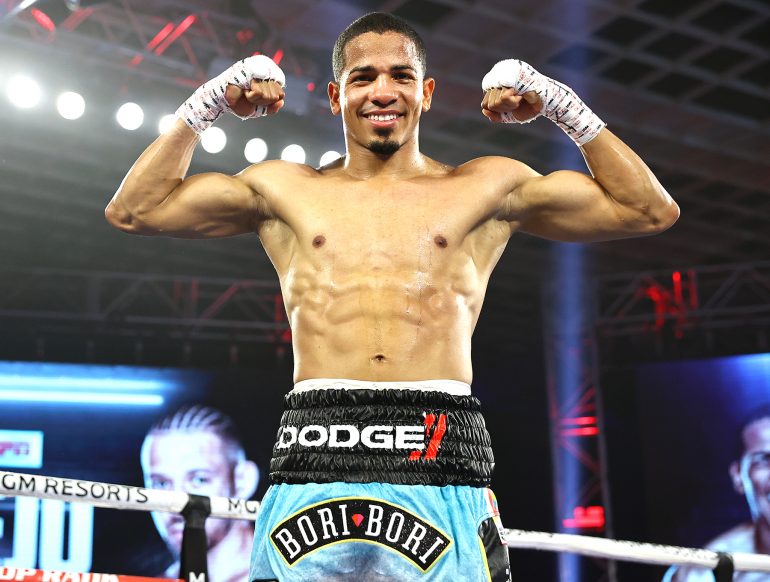 There was the car accident in 2016. There were the weighty expectations that had been hovering over him as “the next Felix Trinidad.”

Felix Verdejo was dealing with a lot entering his scheduled 10-round lightweight bout against Will Madera Thursday night on ESPN from the MGM Grand Conference Center in Las Vegas, Nevada.

Above all else, he was out to prove his relevance. He’s even admitted he has been a disappointment. He took in the “Doctor,” Ismael Salas, as his trainer. It was a return back to fundamentals. 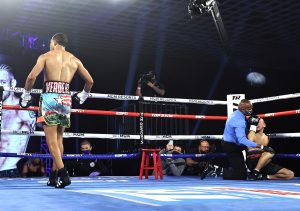 What everyone was expecting made a brief appearance Thursday night, when Verdejo stopped Madera at 2:59 of the first round.

“I took my time, I really came out here settled and I wanted to measure what he came out with and how hard he hit,” Verdejo said. “Once I figured that out, I did it. I let my hands go, but always under control and the knockout came.

“I want to stay ready because Felix Verdejo is back. I’m ready to fight against the best, and that’s my message to every one of them (at 135), be ready. The top guy at 135 pounds is Vasiliy Lomachenko, he’s the best in the division. But more importantly, we have unfinished business and I want to get that rematch for what happened in the Olympics.”

Asked how much of a difference Salas made to his corner, Verdejo said, “In terms of the technical and tactical work that we did, working explicitly on certain things in camp, nut more importantly, I was just listening to him. He told to stay steady, stay calm and get out there and do what I know how to do.

“Keep the jab out there, use that front hand to set up the follow-up hand.”

Verdejo, who’s been known to be a little sloppy between fights, says he went vegan and it’s what helped him to keep his weight down.

Verdejo (27-1, 17 knockouts) started steady and ended fast. With :20 left in the first, Verdejo, working behind a steady jab, came underneath with a right uppercut that had Madera, 29, Albany, New York, cowering.

An overhand right glanced off the Madera’s right temple, which sent him down in a heap in the corner.

Maybe it’s a good sign that Verdejo, 27, San Juan, Puerto Rico, is back.