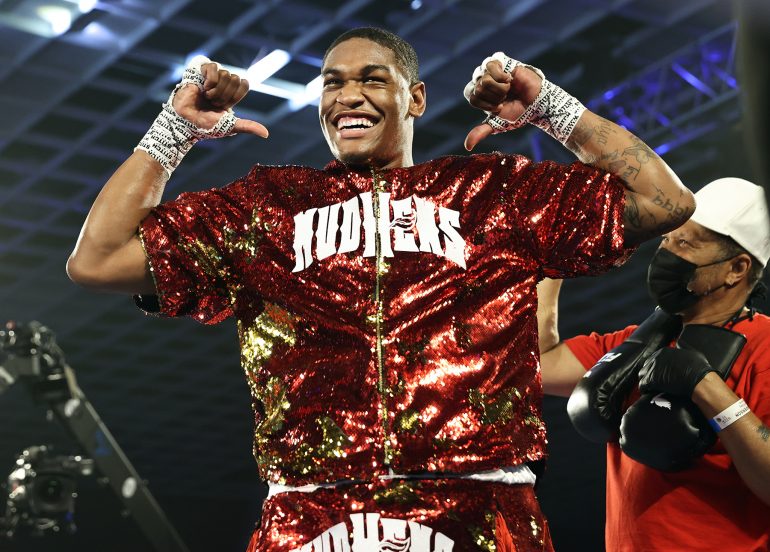 Jared Anderson is fighting hard to prove he’s the real “Big Baby.” Anderson may be boxing’s only “Big Baby,” after he vanquished Hector Perez with an overhand right at 1:45 of the first round.

Anderson (5-0, 5 knockouts) hardly got any work on Thursday night at the MGM Grand Conference Center in Las Vegas, Nevada, in what was a scheduled four-round heavyweight fight.

For how brief it was, Anderson, 20, Toledo, Ohio, worked well behind his jab, landing a left hook and then followed it with a right to the head. Perez, 29, Tamarac, Fla., went down on his knees.

Perez (7-3, 3 KOs) hardly put up any defense. But Anderson still had work to do, however brief.

“That was too quick!” Anderson said. “I got him out of there and implemented what I’ve been working on in the gym. I want to return as soon as possible. I leave that in the hands of my promoter, but when they give me a date, I’ll be ready.

“It doesn’t matter who they put in front of me. Any of these guys who have fought in the ‘Bubble,’ I’ll fight them.

“After I hit him with the right hand, I knew it was over. He couldn’t take my power.”